As daily life in Israel becomes increasingly limited as the government ups its country-wide restrictions in an effort to battle the spread of coronavirus (Covid-19), Israel’s national carrier El Al Israel Airlines Ltd. is reacting accordingly.  The company announced Thursday it is suspending most of its 40 routes as of Sunday. Those include all of its European routes, excluding Paris and London. All of the company’s American destinations except for New York and Newark will be suspended as of Wednesday. 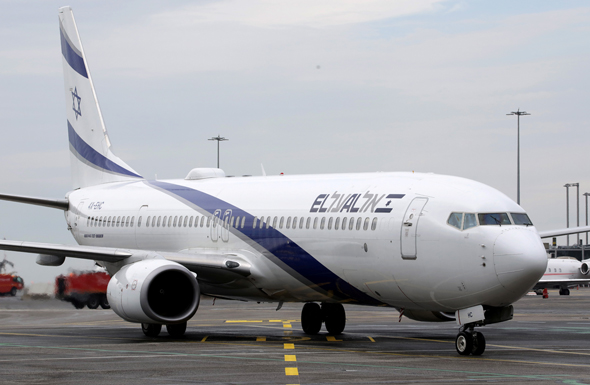 El Al airplane. Photo: Reuters
El Al is far from the only airline that has stopped or cut down on its flights to Ben Gurion Airport. Earlier this month, German flagship airline Lufthansa announced it will not be flying to Israel until the end of the month, canceling flights operated by its subsidiaries Swiss Airlines and Austrian Airlines as well. Irish low-cost airline Ryanair is also set to suspend its flights to Israel as of Wednesday until early June, according to its website. LOT Polish Airlines has suspended its flights until Sunday, March 29. El Al has forecasted revenue losses of $160 million between January and April last week, and earlier this month announced it will let 800 permanent and 200 temporary employees go, with most others expected to go on unpaid leave. Israir Airlines Ltd., which employs 470 people, is expected to let go some employees and put others on unpaid leave. Arkia Israeli Airlines Ltd. already put 100 of its 550 employees on vacation.