Emerging technologies, such as remote healthcare, bidets, and distant learning, which have been languishing for years for lack of strong impetuses to push for their adoption are now seeing a strong resurgence

We are experiencing a lot of changes in the rapidly emerging world of mass contagion. Families either quarantined together, or parents and children sharing closures of their respective work or study environments are spending a lot more time together. For better, or for worse.

But there also some positive outcomes as well. For example, we are forced to restrain a lot of socially acceptable, but ultimately unhealthy vices that we enjoyed until 2019 BCE (Before Covid-19 Existed) such as drinking, smoking and gambling, as casinos and bars are forced to shutter their doors. Also, George R.R. Martin might actually finish his sixth book from the Game of Thrones series. 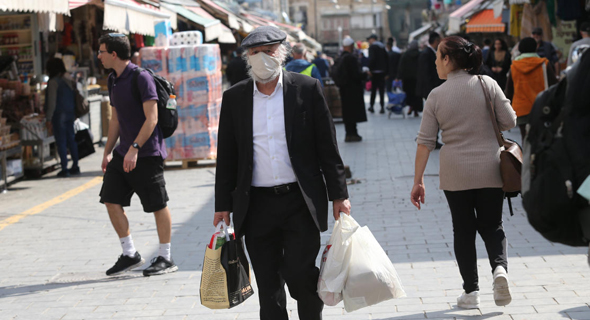 Moreover, emerging technologies that have been languishing for years for lack of strong impetuses to push their adoption are seeing a strong resurgence, including telemedicine, bidets and distance learning. Hopefully, attempts by higher educational institutions to minimize the pandemic’s impact on academics through online learning will lead to the increased Netflixication of learning, where students can pick and choose courses that they are interested in, and learn them on demand, from anywhere.

Other areas of technology that we have come to rely on in the past will need to be reassessed, such as just-in-time production cycles and supply chain management that have floundered under the shock of sudden and extensive workforce disruptions.

Finally, technologies that are still in their nascent stages might have made this current situation easier to handle. For example, had artificial intelligence and robotics been further advanced in their integration into our workforce, perhaps the impending economic concerns resulting from extensive closures of businesses, representing various governmental efforts to flatten the Covid-19 curve, might not seem as precarious.

However, one of the oft-mentioned concerns associated with the potential increase of artificial intelligence and robotics in many industrial and even white-collar sectors is the loss of jobs, especially for those laborers who may not be able to skill-up to a different job. To counteract this potentially impending unemployment, policy makers, economists, US presidential candidates, and billionaires have suggested that we consider universal basic income (UBI) or negative income taxes that provide subsidies to those who earn less than the given amount.

UBI is an umbrella term for the idea that the government provides some or all of the necessary or minimum living expenses to all citizens such that they can choose not to work to survive, although, to thrive they would need to continue working. There are many pros and cons to this system of sufficient subsidence wages, and many feel that it can easily be abused by less scrupulous actors. However, historically it seems that there was a strong correlation between the addition of automation the freed man from many of his burdens of survival, and the flourishing of science and technologies. Perhaps we will see a similar renaissance from a UBI.

The current situation is a great time to think about the ability to provide this service. The news is replete with government handouts to support people during this hard time. One-off cash transfers, deferred loan payments, guaranteed internet and electricity, months without mortgages payments, and easier access to unemployment benefits, all suggest that at least in the short term, or perhaps with better long-term planning, governments can provide much of what we need to subsist as a universal subsidy.

UBI has been attempted in the past under less strenuous conditions; more often than not failing.

In recent history: Iran provides up to $2,300 per family annually.  Finland trialed it for two years. In 2016, the vast majority of voters in socialist and wealthy Switzerland rejected its implementation, and, a subsequent more localized attempt in the small town of Rheinau in the outskirts of the Canton of Zurich also failed. It has also been proposed in many other developed nations by various respectable leading philosophers and economists from all political stripes. Even Chicago considered it. Now, the U.S. is considering a one-time citizen-wide cash payment and stimulus to help alleviate the limitations of living under the virus, and to help fuel the economy. There might even be additional handouts, depending on how long this whole thing lasts.

Proponents and opponents of UBI come in all political stripes. Many Libertarians believe that UBI is a more efficient way to obtain necessary services, rather than to have each individual in need rely on the burdensome, confusing,  and expensive government machinery to dole out what it thinks it should provide in the method it believes it should provide it in. On the flip side, many believe that UBI will create an inefficient economy, promoting slothfulness rather than the hoped productivity, learning and discovery. Many progressives feel that UBI will allow the voting public to be less enticed by narrow populist politicians that peddle in the fear that someone else will take your job from you. And, like the promise of single-payer universal healthcare that severs the onerous link between employment and healthcare, UBI could allow people to be gainfully employed, just not just for survival.

Practically, UBI has yet to work in any meaningful sense or for any extended period. If it were ever implemented, it will likely be incredibly expensive, eating up somewhere between 20% and 30% of Gross Domestic Product (GDP) in most countries.

To that end, many argue that a more productive alternative is universal basic services, which is the guarantee to every citizen that they will receive healthcare, education, legal services, shelter, transportation, and food, akin to what is already available to lesser degrees in many European nations.

In the past, much of the talk of UBI has been theoretical. However, now Covid-19 allows, for the first time, a huge quasi-UBI experiment across many jurisdictions with numerous different iterations of various levels of government oversight and a staggering number of testable variables. Now might be the best time to stress test a UBI, or a UBI-like system and assess how the citizenry responds. It is in stressful times like these that we often allow our governments to implement heretofore questionable programs that might never be approved at other times, like those that might drastically impinge on our privacy.

Keep in mind that UBI has failed consistently in the past, and it might fail again now, but with economies slowing to zero or negative growth, the impact of another failed UBI experiment may not be as politically damaging to implement, although like extended quarantines, some suggest that it may not be the best thing for family harmony.