Israel Is at a Critical Time for its Covid-19 Response, Says Health Official

According to Moshe Bar-Siman-Tov, director-general of the Israeli health ministry, Israel is seeing the number of its confirmed cases double every three days

“Per our understanding, we are currently at a critical time point,” Moshe Bar-Siman-Tov, director-general of the health ministry, told the Israeli Parliament’s coronavirus (Covid-19) committee Thursday morning.

Official data places the number of confirmed coronavirus cases in Israel at 2,495, 41 of which are in serious or critical condition, as of Thursday morning. “Last week, we had 1,000 confirmed cases, and we passed the 2,000 mark three days later,” Bar-Siman-Tov said, though it should be noted that Israel has upped the numbers of tests being conducted recently. “The most important data point is the number of serious cases, and their rate of increase. We are talking about a possible mass of critical patients, and to meet their needs, we are facing a threshold,” he said, referring to the limited availability of ventilators. Of Israel’s 41 critical cases, 35 are currently on ventilators, but in a week Israel will likely be seeing 200 such cases, he added. 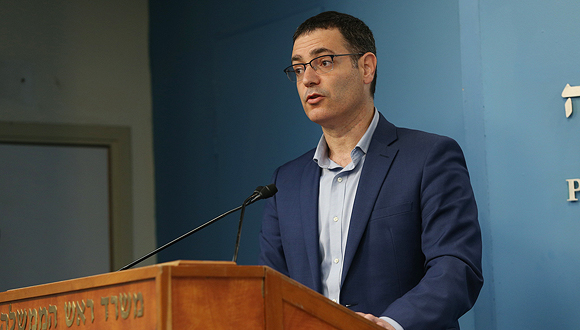 “80% of those infected infect others without even being aware of it, because they have light symptoms, such as a light cough,” Bar-Siman-Tov said. “We still do not know how many of them there are and what the infection rate is.”

There are many optimistic forecasts about the impact of the steps Israel has already taken, Bar-Siman-Tov said, but the health ministry is worried about what the situation will be like if in a week or two the numbers will be much higher. “Our goal is to conquer the curve, to flatten it.”

Bar-Siman-Tov said the ministry is currently making an effort to increase the number of ventilators available. “In our stock, we have 1,500 available and working ventilators. If we take the military’s stock, that is 800-900 more, and there are 70 ventilators in the private sector.” The ministry has ordered many thousands of ventilators, but it is unclear when they will be delivered. Furthermore, he said, action is being taken to manufacture the machines locally.

The head of the coronavirus committee, Ofer Shelah of centrist party Blue and White, said that current data by the health ministry shows that Israel only has 1,437 ventilators available for use—while overall there are 2,173 such machines, 28 are faulty and 708 are already currently in use.

According to Bar-Siman-Tov, the government is intending to lift some of the restrictions on the economy after the upcoming Passover holiday. “Until then, we are aiming to reduce the number of critical cases,” he said, adding that the next two weeks before the holiday will be critical. “We are very afraid of Passover, and very afraid of Ramadan. People leave their houses, crowd together and it is very dangerous.”