Contagion in the Age of Coronavirus

Even though the movie Contagion was filmed a decade ago, the movie is a useful tool for understanding what we are going through today with the coronavirus pandemic

For those of you with a bit of extra time on your hands, after having already binged the surprisingly popular show about the wild machinations of mostly toothless tiger trainers, itself closed down for coronavirus. 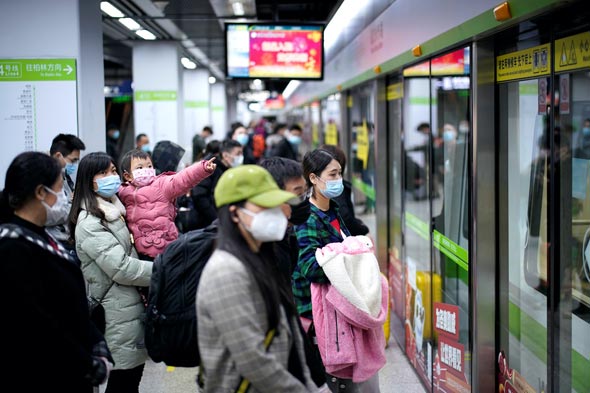 This star-studded film is an epidemiological who-done-it. The film follows WHO (World Health Organization) and the CDC (U.S. Centers for Disease Control and Prevention) researchers as they track a virus that originates in Hong Kong and quickly sweeps across the globe, killing millions in its wake. Luckily our real-life virus, COV-Sars-2, is neither as virulent nor as lethal as the MEV-1 virus from the movie, nor has our society collapsed as quickly and as horribly as the Hollywood version, although some suspect that our economy as we know it will soon unravel.

Even though the movie was filmed a decade ago, the movie is a useful tool for understanding what we are going through, for example, in explaining R0 --r naught, the reproduction number that reflects how contagious a particular pathogen is—and the benefits of social distancing. The film is also valuable in suggesting some of the potentially emerging social issues and concerns as our virus progresses. In 2011, the film was hailed for its scientific accuracy, and it remains pertinent a decade later. A number of prominent scientists were consulted by the film’s creators, including Larry Brilliant, who helped eradicate smallpox, and Ian Lipkin, who is ironically currently suffering from Covid-19.

In one subplot, Jude Law, a muckraking blogger, self-medicates with a homeopathic drug, Forsythia, that he peddles as a cure for the disease. Forsythia was also ironically used by some in China as a potential cure for Covid-19.

Like the many unsubstantiated claimed cures of Covid-19, demand for a claimed cure can quickly outstrip limited supply, creating additional anxiety. Whereas cooler heads will note that stories of miracle cure drugs are simply anecdotal and unhelpful in assessing a drug’s true efficacy, the general population still often seems unmoved by the rationality of the scientists. Even the government is stockpiling chloroquine, which may or may not help, based on its own admissions of anecdotal efficacy.

Although it predates our modern world of social media, the movie highlights the danger of social media influencers touting a drug that may or may not work, especially if the pharmaceutical companies are unable to satiate a rapid eruption in demand. In one recent case, a minor Instagram influencer was arrested for selling his own unvetted patent-pending cure. There are also reports of other people being arrested worldwide for peddling fake news on social media regarding the virus. In the film, Jude Law is also eventually arrested for bilking the public.

Like the real world, the movie portrays how various health systems can be quickly overwhelmed by the influx of diseased patients. Bill Gates has been warning of a similar calamity for years.  Unfortunately, we are already there is some countries, and nearly there in others.

There are, however, noteworthy differences between the movie and real life: in the film, only a month into the pandemic there are already violent repercussions to shortages of purported cures. With the exception of a handful of cases, we have yet to see violence in response to the failure to supply sufficient potential cures, proven or not, or other basic goods.

The movie also shows other disaster movie tropes, such as the army coming in to take over and limit movement. While this hasn’t really happened yet, in reality, though, the army could be helpful as it is presumed to be especially effective in this area having been trained in controlling unruly crowds and in quickly setting up the necessary supply chain logistics for large operations.

But bringing in the army into your own population often creates human rights concerns and violations. In the film, the protagonists are unable to leave their state. In the current situation, we already see legally problematic limitations on freedom of movement – with roadblocks set up to keep out New Yorkers, or limitations on the practice of religion, in the form of closing all houses of worship, and even efforts to limit access to some constitutionally protected services such as abortion.

Overall, whatever its limitations and inaccuracies in light of the current pandemic, the film is great at providing a touchstone for helping to understand and appreciate our current condition. If nothing else, it’s a movie you can watch with your family to help better understand what we are all going through.

But Contagion for all of its accuracies, remains a work of fiction, and like all fiction, we need to appreciate that it is not necessarily a prophetic oracle. While 2020 hindsight (pun intended) often allows us to see where the future was correctly predicted by fiction, it’s often because our own cognitive biases are designed to see it that way.

And why choose Contagion, amongst the thousands of films and stories as the oracle we trust. Consider, for example, Greenland, a soon to be released Gerard Butler disaster movie about a world-killer asteroid whimsically named Clarke. Perhaps we should be preparing for that unlikely but deadly event. Fun fact: Michael Franck, a stunt actor, plays a helicopter pilot in both Greenland and Contagion.

Or maybe we should consider Contact, a film about figuring out how to communicate with extra-terrestrials that will eventually make contact with humanity.

The scientific bona fides of Contact's author, Carl Sagan, notwithstanding, many see Contact, like we viewed Contagion only a year ago, as fun, fictional, and mostly irrelevant. Yet since 1999, in an early and successful crowd sourcing effort, the Search for Extraterrestrial Intelligence (SETI) has been using donated extra computational cycles on our computers to collect and assess data from outer space. Currently, the same technology is also being employed to create one of the world's most powerful supercomputers to determine the correct folding of proteins. Unfortunately, the Berkeley-based SETI researchers have just put that crowd-sourced collection of potential alien communications on hold, and are now combing through the combined data to see if there is extractable publishable information.

Meanwhile, a just published article in Scientific American argues that humanity shouldn’t focus on just listening for other intelligence, but rather we should become more proactive in actively messaging alien civilizations. METI, Messaging Extraterrestrial Intelligence, the author argues, is such an effort. Like being prepared for eventualities like Contagion, it would be a "very inexpensive, a small bet on what some would consider a low probability risk but with a potentially immense payoff. Just placing the bet makes us think about possible neighbors and what we would want to say to them and what we want them to know about us."

It’s not so crazy. A similar bet was placed nearly fifty years ago when the aforementioned Carl Sagan helped develop the golden discs attached to the interstellar Voyager probes to explain to any stumbled upon intelligent life, who and what we are. In fact, it was just a couple of weeks ago when we celebrated the 30th anniversary of Voyager 1 taking its famous ‘pale blue dot’ photo of Earth. The photo memorably puts our lives and the entirety of human existence, wholly “on a mote of dust suspended in a sunbeam”, in perspective.

Perhaps if we had paid more attention to another BlueDot – named after Sagan’s- and part of the emerging world of AI predictive analytics software that picked up on an anomalous cluster of pneumonia cases in Wuhan in late December, we wouldn’t be stuck at home watching Tiger King.