Pandemics Make the Most of the Opportunities Societies Create, Says Expert

From his Rome quarantine, Frank M. Snowden, pandemics expert and history of medicine professor emeritus at Yale University, spoke to Calcalist on the lessons that coronavirus could teach us

Fate had it that Calcalist’s conversation with Frank M. Snowden, a professor emeritus of history and the history of medicine at Yale University, took place while he was in Italy, one of the epicenters of the coronavirus (Covid-19) pandemic. Snowden, an expert on the history of epidemics, is quarantined in Rome. According to him, there is nothing coincidental about pandemics. "Epidemiological diseases make the most of the opportunities societies create for them," he said. "Pandemics aren't random or arbitrary, but reflect who we are. They show us how we interact socially and teach us about our beliefs and moral priorities."

In addition to his expertise in pandemics, Snowden, 73, is also an expert on the history of modern Italy. He has written seven books, most of which combine his two main topics of interest. His 1995 book, "Naples in the Times of Cholera," is one example. "The Conquest of Malaria: Italy, 1900-1962," published in 2006, is another. 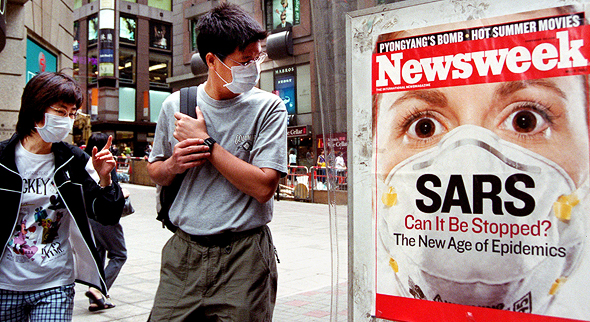 People on the streets of Honk Kong during SARS outbreak in 2003. Photo: AP
Snowden happened to be in Rome for his research when the current outbreak occurred and found himself reporting from the center of a historical epidemiological event. "I came to Rome for another research, but as soon as there was an outbreak I changed my plans,” he said. “This is a sobering experience. I don't wish this on any society. I feel that I need to learn every lesson possible from this pandemic."

In another twist of irony, his latest book, "Epidemics and Society: From the Black Death to the Present," came out just one month before the initial Covid-19 outbreak in Wuhan, China. In this book, Snowden examines how pandemics molded societies and economies, accelerated social change, deepened racism and nationalism, inspired art and formed beliefs.

According to Snowden, pandemics were the driving force behind the birth of the modern state as it required communities to organize themselves in order to form civil authorities to oversee policing and health. For him, any difference in the reaction of countries and people to the Covid-19 crisis reveals valuable information, whether it be Italians singing together from their balconies, Americans racing to purchase guns, or Israelis stocking up on eggs. Snowden believes pandemics uncover our greatest anxieties and fears, as well as display the human spirit at its best. "Pandemics always test our commitment to human values as well as our attitude towards the most vulnerable parts of our society and they also raise religious questions. When something violent, new and scary which kills a lot of people emerges we want to figure it out and understand how something like this could happen," he said. Pandemics, Snowden said, attack our social structures at their weakest spots. "During the industrial revolution, people were cramped in city centers like London, Paris, and Philadelphia before they had sewage and clean water. These societies were vulnerable to fecal-oral route diseases and were badly affected by cholera," he said. “This led to dramatic changes in the way cities were built, and while there was a hope that globalization could help reduce epidemics, life in the 21st century has proven to be perfect for the dissemination of Covid-19. Urbanization and massive cities being interconnected by planes have created a new world that is vulnerable to viruses that are quickly transmitted through the air. SARS was only a pale preview of the set of challenges we now face," he said. 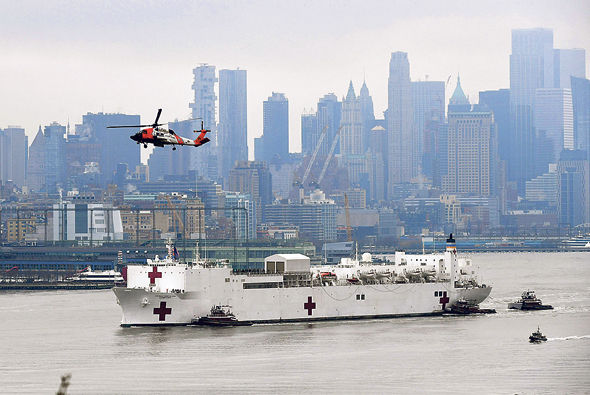 Boat hospital for corona patients. Photo: AFP
In order to understand the future implications of coronavirus, it is important to understand that every pandemic is wretched in its own way. According to Snowden, every pandemic creates its own different drama due to the difference in symptoms, mortality rates, the suffering it incurs, and its dissemination rate. He used the Black Death, which spread in Europe during the 14th century, as an example. The global epidemic of bubonic plague hit so quickly that many victims collapsed and perished on the streets in public, which he said brought witnesses closer to religion. On the other hand, the 1817 cholera pandemic, the first of seven such pandemics, resulted in many conspiracy theories. The symptoms of cholera, mainly muscle cramp and diarrhea, are similar to those suffered after being exposed to strychnine (rat poison), which resulted in many people believing that it was a conspiracy by the authorities or society’s elites and not a natural event. According to Snowden, narratives can change mid-epidemic. "Tuberculosis, for example, was considered in the 18th century to be a hereditary disease of the elites and the rich would go to resorts to be cured by fresh air,” he said. “In 1882, it was discovered that it was caused by bacteria. From then on, it became known as a disease connected to filth, and was blamed on the poor.” In mid-March, Israel controversially began using anti-terrorism digital means to track coronavirus patients. Snowden, who is not a fan of the decision, thinks that it offers a lot of information about the country. "This reaction seems unnecessary when dealing with an epidemiological disease,” he said. “I personally don't think that you need to choose between civil liberties and war during a medical emergency. It opens a Pandora's box and reveals a dark side of human nature,” he said.
Related stories:
Many experts are trying to understand why coronavirus has hit countries like Italy and Spain so badly, while other countries such as Germany seem to have mortality rates under control. "Due to the absence of extensive testing, no country has reliable statistics," Snowden said. "Furthermore, comparing countries the way we do is like comparing apples and oranges. Only a handful of countries like South Korea and Singapore have reliable statistics because they began checking large numbers of people from the start." Despite the bleakness of the current situation, Snowden believes there is a silver lining. "When I see the lack of response to the environmental crisis, a catastrophe in the making which we know is coming, I'm pessimistic, so it is hard to say I'm optimistic regarding epidemiological diseases," he said. "On the other hand, the future is in our hands. If we work together and develop a long-term strategy we can secure our survival and that is a reason for optimism."