Startups Urgently Need to Be Put on Life Support

To secure the industry’s future, along with its contribution to the state’s economy, the Israeli government must set up a fund dedicated to young companies that are completely dependent on venture capital funding

TAGS:
The growing financial risk caused by the coronavirus (Covid-19) crisis affects every company in the tech sector, but, for early stage companies, the blow is particularly massive. Over the past two years, there has been a dramatic drop in investment in early stage companies, a trend that is gaining forces during the current crisis. This situation will have significant implications on the Israeli tech industry, as it is built on a life cycle that requires a constant stream of new companies to account for the acquisitions and initial public offerings (IPOs) of mature companies, in order to survive. This is why Israel needs to act quickly and focus on significant support for fledgling companies. 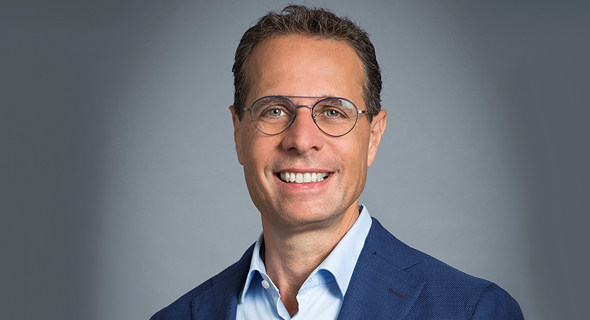 According to data from IVC Research Center Ltd., a Tel Aviv-based research center focused on the Israeli tech industry, since the beginning of March, venture capital firms have poured more than $1.2 billion into Israeli tech companies in 27 deals. Most of these funds went into late-stage companies, including Vast Data Inc., which raised a $100 million round last month, Via Transportation Inc. with its $400 million mega-round, and BioCatch Ltd., which raised $145 million.

Together, these three companies raked in around 50% of the funding Israeli companies have raised during this period. These sums are substantial even in terms of the pre-coronavirus era, so it may appear as if the crisis has yet to hit the Israeli tech industry. The funding poured into Seed-stage companies, however, tells a different story.

The amount of money invested in Seed-stage companies is one of the key criteria when examining the performance of the Israeli tech industry. Seed investments fuel tomorrow’s tech sector and will be the engine for the industry’s growth, in terms of export and productivity, in the decade to come. Seed-stage investments of over $1 million account for just 3% of the deals in 2020, compared to 15% and 21% in 2018 and 2019, respectively, which should serve as a red flag.

Compared to the stock markets, venture capital funds always react in a delay of several months, so the negative impact on their investments will only be evident later this year. The crisis is likely to manifest in a significant drop in the number of deals and the amounts invested as early as the second quarter of 2020. Even return to normalcy, once declared, is likely to reach the VC sector at a delay. It is safe to assume VC firms are headed for a challenging period that will last at least a year. This difficult period, combined with the continuing drop in Seed deals, only amplifies the danger of a significant blow to early stage companies.

In the current state of uncertainty, VC funds are afraid some investors might back away from their earlier commitments or that the difficulty in raising new funds escalates. This is why, in the upcoming days, VCs will prefer to stay on the fence and focus on managing and developing their existing portfolio companies.

Growth stage and mature companies enjoy more diverse funding options, including loans, raising rounds at more moderate valuations, or cutting back on expenses. Growth-stage and mature companies are usually global companies and their international activity opens up additional funding opportunities. Young companies that are just starting to expand to new locations, on the other hand, will have more trouble raising new funds and will be far more dependent on Israeli VC funds.

Over the next six months, government support of the Israeli tech sector will be critical for allowing early stage companies to continue to operate and keep up with their global competition. The Israeli government must, therefore, focus on helping these young companies survive the crisis. The current investment avenues, available for example from government tech investment arm the Israel Innovation Authority (IIA), are meant for research and development alone and, as such, are insufficient at this time. The government should create a new fund dedicated to young companies that will invest an average of $3 million in between 50 and 100 companies by the end of the year.

The Israeli government recently submitted a plan to allow institutional investors to invest in tech with state collaterals, but this plan would benefit late-stage companies that already have much more diverse avenues for investment. Setting up a state-funded venture capital fund for early stage companies, on the other hand, could offer a solution to the temporary freeze in investments in such companies, save significant technologies, and maintain the industry’s ability to rejuvenate and survive over time.

An investment by such a fund will need to be made according to a calculated investment policy that makes speed a priority. The fund will need to focus on early stage companies that have 10-50 employees and have raised several millions of dollars from VCs in the past. These investments should be made in a convertible debt model and require private investors to match the government funding, making quick investments possible without having to delve into company valuations. The suggested government fund should strive for profitability and so would optimally be run by top executives from the VC sector that can join the national effort.

These steps will mean the state can repair the market failure causing the slowdown in seed investment, secure the prosperity of the local tech industry in the upcoming decade, and even make a few bucks.

The U.K. was the first country in the world to announce such a move when, in April, it launched its Future Fund, pledging GBP 250 million (approximately $312 million) to assist young tech companies.

The U.K.’s fund will operate in the form of a convertible loan note, which means companies will have to secure an equal amount of match funding from private investors. A similar fund in Israel, dedicating between $150 million and $250 million to young companies will help stabilize the industry in the difficult months to come.

This is a time for governments to step up, identify market failures, and provide aid wherever needed, to make sure the tech engine continues to lead the industry, without leaving the young company car behind.

Oren Bar-On is a senior partner at Ernst & Young Israel.