Team8 Capital will lead seed, series A, and series B rounds for startups working in the fields of data, artificial intelligence, cybersecurity, and enterprise technologies

Called Team8 Capital and incorporated as Team8 Ventures Management Ltd., the new fund already raised $104 million in commitments but has yet to close, according to an April filing with the U.S. Securities and Exchange Commission (SEC). 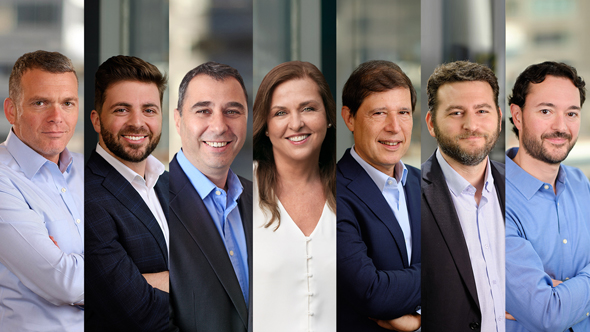 Team8 Capital will lead seed, series A, and series B rounds for startups working in the fields of data, artificial intelligence, cybersecurity, and enterprise technologies, according to the company’s statement.

Team8 is a cybersecurity think tank and a startup foundry headed by Nadav Zafrir, former chief of Unit 8200, the Israeli military's NSA equivalent. Team8's foundry will continue to establish companies that will go on to operate under its umbrella, using the new fund to finance them. The company employs some 40 people in Tel Aviv and New York.

Throughout her career, Firon was party to exits and initial public offerings (IPOs) amounting to a total of over $4 billion. She held chief financial officer positions at MediaMind when it listed on Nasdaq and was later sold to online advertising company Sizmek.com (formerly known as Digital Generation Inc., or DG), at P-Cube when it was acquired by Cisco Systems, and at Radcom Ltd. when it listed on Nasdaq.

As an angel investor, Firon led the seed round and served as a board member for marketing analytics company Datorama and played an active role in its sale to Salesforce in 2018.

Grinberg later established Team8's Go-to-Market network of marketing, business development, and market research professionals and the Team8 Village, a community of hundreds of top executives from leading organizations around the world that take an active part in the establishment of Team8’s companies.