TAGS:
Eitan Reisel launched on Wednesday VGames, the first games-focused investment fund out of Israel. In a first-of-its-kind, the fund has already raised $30 million which will invest solely in games studios in Israel and parts of eastern Europe.

Reisel, a former Google executive and naval officer, was introduced to the world of gaming in 2013 when he led the Games division in the large tech company. After several years, he left to focus on building the first investment fund dedicated to the companies operating out of Israel. 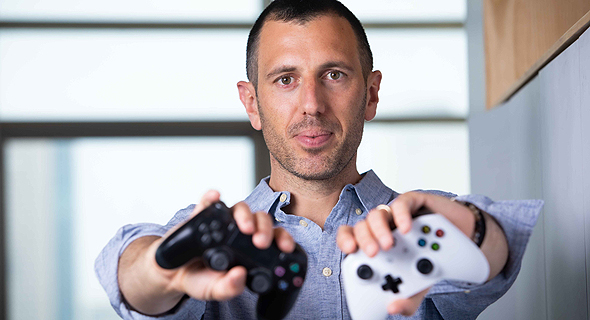 VGames founder Eitan Reisel. Photo: Eitan Reisel
“Israel is an unbelievable gaming industry,” said Reisel speaking exclusively to CTech. “There are amazing companies that grow here, unicorns and multi-million dollar companies. I wanted to support the new generation.” He explains that Israel’s data-driven economy environment coincides nicely with programmers’ abilities to keep people tapping on their phones. The gaming industry is one of the most lucrative industries in the world, with 2020 projecting revenues of more than $4 billion in Israel alone. With millions of people spending a lot of time this year in quarantine, those figures are only expected to rise as people continue to stay at home.
Related Stories:

VGames will be investing in the pre-seed and seed stages for gaming studios. It already has a portfolio of four gaming studios, including InnPlay Labs and Brain Games. Citing success stories such as Moonactive and Playtika, Reisel has high hopes: “Israel is becoming the global leader in games. Aside from cyber security, you don’t see as much success with unicorns and multi-billion dollar companies under one category.”

VGames’ main investor is Viola Ventures, one of Israel’s leading venture capital funds. It will help young investors as early as inception, supporting studios with their marketing, monetization, and networking with key players such as Google and Facebook.

“I have always been passionate about innovation in the consumer space and am a big believer in content and entertainment," said Viola Ventures General Partner Danny Cohen. "The gaming sector requires a deep expertise and know-how of the marketing and monetization machine. This is why we decided that the best way for Viola Ventures to be involved in this domain is by joining up with a domain expert like Eitan, and by adding our own experience from the investment field. We truly believe unicorns can emerge from this industry."