With the pandemic behind it and V-shaped growth charts, China holds great promise for Israeli tech

Israel’s economic attaché to Beijing urges companies to consult with her on regulation, before rushing into the lucrative market

TAGS:
After more than four months of working from Israel due to the Covid-19 pandemic, Esti Ayalon-Kovo finally returned to Beijing last month. But that was only the beginning of the ordeal for the head of Israel's economic mission in China’s capital. Due to Chinese restrictions regarding incoming foreigners, Ayalon-Kovo and her husband were forced to quarantine separately for 15 days, with each taking one of their children with them. After completing the quarantine and testing negative for coronavirus, they were finally allowed to unite and return home.

"We left China for the Chinese New Year holiday at the end of January and it was very complicated to return after that," Ayalon-Kovo told CTech, adding that in order to enter any public space in Beijing, including your home complex, you need to download and display the local Health Care app that confirms you are corona-free. "As diplomats, we are usually exempt from certain requirements, but with China desperate to avoid any import of the Covid-19 virus from abroad we were also required to go into quarantine in an especially allocated hotel. For me personally, it increased the sense of security as I saw what measures are being taken in order to prevent a recurring spread of the virus."

China was the place where the pandemic began, but most countries can only envy the way with which the world's most populated country, with around 1.4 billion people, dealt with the initial outbreak. The number of confirmed cases according to local health authorities is currently at 83,891 and the death toll at 4,634. China's report of 61 new coronavirus cases in the mainland for Sunday was actually a worrying one as it was up from 46 cases a day earlier and was the most reported in a single day since early March. 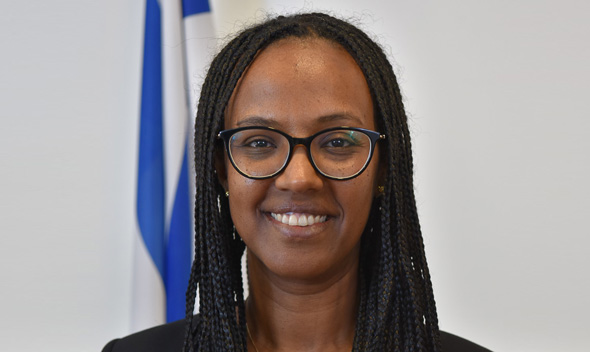 Much of the world could also only dream of the economic turnaround being displayed by the Chinese economy. The world's second-biggest economy suffered a steep 6.8% slump in its GDP in the first quarter of the year, but announced last week that it grew by a higher than expected 3.2% in the second quarter. The figure points towards a V-shaped recovery and ended any illusion that China's economy might face significant long-term damage from Covid-19, making it all the more important for Israeli companies and startups.

"This is the only Israeli embassy in the world in which there are two economic attachés which pretty much sums up its importance," said Ayalon-Kovo. "Yair Albin is the head of the Trade and Investments Mission while I'm the head of the Economic Mission. Albin focuses on promoting Israeli export to China as well as Chinese investments in Israel. I'm in charge of the regulatory and government sectors. Customs, patents, standardization, the NMPA, which is the Chinese FDA, and everything else that helps create the foundations for trade. You can't export to a country like China without understanding the regulation. I'm also in charge of promoting the Israeli medical sector in China as that is a field that is heavily regulated. The regulation in this sector is more complex in all countries, and in China even more so due to the language barrier and the longer processes."

When the pandemic hit Israel and it became clear that medical equipment was in short supply, Ayalon-Kovo was put at the helm of an initiative involving Israeli economic attachés from across the globe with the aim of helping the country acquire the required goods.

"China is by far the largest manufacturer of medical equipment in the world. After the factories reopened in March our mission played a very important role in helping Israel acquire different medical equipment that it required," said Ayalon-Kovo. "We helped identify quality manufacturers and also assisted in the negotiations and in the release of the equipment. Some of our employees visited the factories to ensure that the equipment we had bought was on its way to Israel as there was a stage in which there was such demand across the world that factories would just sell to the highest bidder. We worked diligently opposite the local government to overcome local regulation that was changing all the time."

It wasn't all one-way traffic either, with export from Israel to China rising by 15% in the first four months of the year, according to Ayalon-Kovo. "This was very surprising to us. Most of it was due to the increase in the export of sophisticated medical equipment," she explained.

Ayalon-Kovo said that Israeli technology has an excellent reputation in China, but that doesn't mean that Israeli companies should just rush into the market.

"My most important role is to monitor and understand the local regulation and to keep Israeli exporters in the loop. We can't reach a situation in which we are not familiar with the local demands. I have local staff that are always monitoring the regulatory changes in Chinese and we have relationships with the different regulators that means we are sometimes updated in advance ahead of certain changes," said Ayalon-Kovo. "Another part of my job is solving trade deadlocks. Sometimes we identify that a certain regulation could result in problems so we work opposite the regulator. Many companies also come to us after encountering difficulties with the regulators and we help them solve the issue. Nevertheless, I don't feel that the cultural difference is that complicated to overcome. A big part of my job is explaining to Israeli companies not to rush into this market without preparing themselves. They need to first understand the local infrastructure and regulations and that will help prevent many problems down the line."

The move to online meetings due to the pandemic wasn't a simple one for the Chinese, but Ayalan-Kovo said they have largely become accustomed to the new reality. She said several deals were completed during the pandemic even though the parties could only negotiate virtually and that there is a rising interest in Israeli tech, with, for example, some 170 Chinese companies taking part in a webinar focused on the energy sector earlier this month.

"Before Covid-19 we would tell companies that wanted to enter the market in China that most of the business is done face-to-face," said Ayalon-Kovo. "We didn't really think it was relevant to organize online events. But since the pandemic began that has changed and the demand from the Chinese companies is continually rising. We are working under the assumption that this will continue at least until the end of 2020. I initially thought that maybe this new format would also result in less work, but I am as busy as I was before the pandemic began. The essence of the job hasn't changed, just the format."