Israelis must learn about Brazil to succeed in its agriculture sector, says CNA economy adviser

TAGS:
Israeli agriculture businesses need to be aware of the needs of each region of Brazil, according to Gabriela Coser, economy adviser of The Confederation of Agriculture and Livestock of Brazil (CNA). Coser was the keynote speaker at the webinar, ‘Brazil: Land of Opportunities for Agritech start-ups,’ where she spoke alongside representatives from the Pearl Cohen law firm from Israel and Pinheiro Neto law firm from Brazil, who organized the event. “To really give a clear picture of how the Agro business works in Brazil, it’s important to say that each region and maybe each state and each municipality has different ways to produce,” said Coser. “For example, the difference between a production system in the south of Brazil and the north of Brazil. Both of those production systems coexist at the same time.” 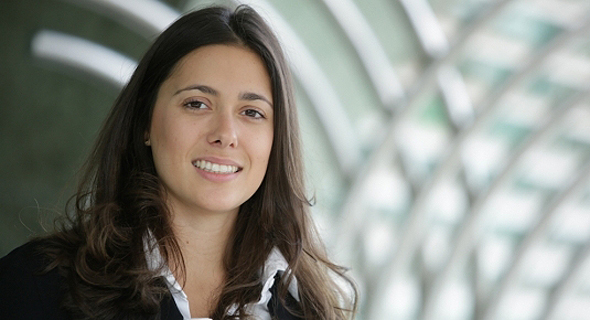 Brazil CNA’s Economy Adviser, Gabriela Coser. Photo: CNA Senar
CNA represents more than two million farmers who are engaged in various areas of agriculture and livestock across 27 states of Brazil and more than 2,140 agricultural associations. It helps bring together associations and political and rural leaders together from across the country. The CNA also supports new technologies that can assist the in planting, management, and creation of responsible agritech industries. Agtech is one of the most up-and-coming industries in the Israeli tech scene, with many businesses trying to get access to new markets in South America.
Related Stories:

“Brazil has a very large economy and an extremely important Agritech industry, but difficult to penetrate – also because of legal difficulties and different mentalities,” said Meny Broid, Partner and Co-Chair of the Latin America and Spain Group at Pearl Cohen law firm in Israel. “At times of shrinkage of traditional economies, it is of great importance that Israeli companies devote more efforts to penetrate the very important up and coming markets of Brazil and of Latin America in general.”

"Someone might think that Brazilian and Israeli cultures are similar and that negotiating with Israeli startups might be easy for Brazilian counterparts. The opposite is the truth," added Ilana Soloducho Kashmir, Partner of the Latin America and Spain Group at Pearl Cohen. "Having the knowledge and understanding of the different business culture and industry standards will not only be handy at the time of negotiating, but also essential at the time of enabling actual and successful collaborations between the two parties."

Gabriela Coser continued: “If we want to sell a technology or create innovation for this sector, you need to understand that each state, each municipality has its own issues, its own demands and its own way to produce… in recent years we’ve also been observing a decrease in international commodity prices, and so therefore we need to invest in order to increase productivity and yields for the farmers.”
Buzz