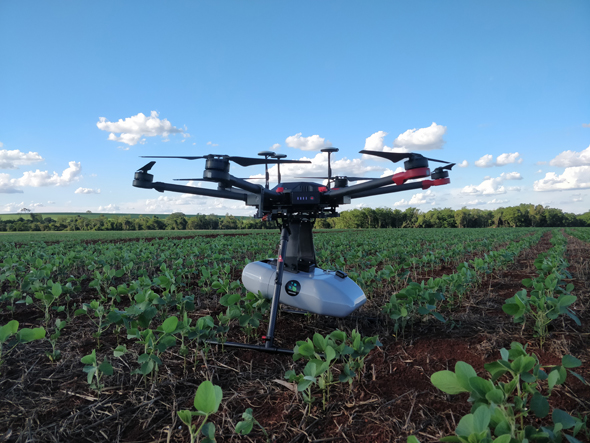 A Taranis drone operating in the field. Photo: Taranis Argentina

Taranis employs 80 people worldwide, half of them in its research and development center in Tel Aviv.

The main purpose of the round, according to Taranis Co-Founder and CEO Ofir Schlam, is to strengthen the company’s sales and marketing efforts. “We started raising the money at the end of February and the most serious talks were held in March at the height of the coronavirus (Covid-19) crisis,” Schlam said in a phone interview with Calcalist. “We got a lot of offers from prominent investors but eventually chose to stick with Vertex,” he added. 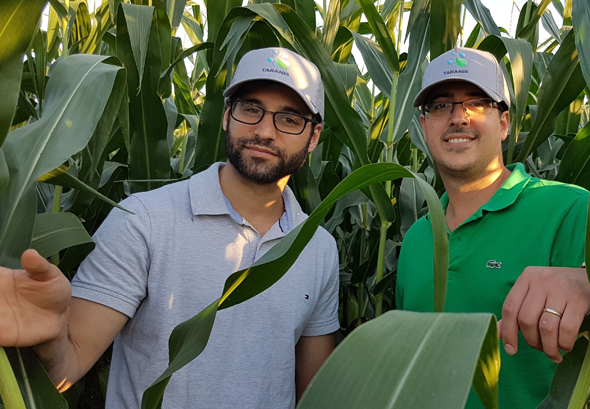 Taranis is fortunate that its market was not hit by the recession, Schlam said. Since it serves farmers Taranis remained active throughout the period, he added. “The U.S. went into shock from mid-March through early April, but then we went back to work and the farmers went back to work,” he said. “Our industry is one of the few that benefited from the crisis,” he added.

According to Avner Gideoni, Taranis’ Israel country manager, the company’s technology is based on four areas: artificial intelligence, software, hardware, and operations. “The revolution the agriculture sector is undergoing today is parallel to the one cybersecurity underwent in 2010,” Gideoni said in an interview with Calcalist.

Before joining Taranis, Gideoni was an executive at anti-fraud company Trusteer Inc., acquired by IBM in 2016. “The added bonus in this case,” he said, "is that this change helps the environment and promotes sustainability worldwide."
Related Stories:

“The agtech market will soon see consolidation around imagery with just a few strong players remaining,” Hock Chuan Tam, managing director of Vertex Growth, said in a statement. “We firmly believe that Taranis will be leading the pack,” he added. “With Taranis’ support, growers, retailers, cooperatives, and crop consultants can detect, analyze, and treat crop issues at their earliest signs, taking preventive measures with unprecedented precision and gaining a higher degree of control over their crop yield than ever before.”