TAGS:
Intel just completed the second cohort of its new accelerator program, Intel Ignite. However, this cohort was different to most of the accelerator programs that Tzahi Weisfeld has managed before— the entire class took place online due to coronavirus restrictions.

“For years, I’ve been asked to get into virtual programs,” Tzahi Weisfeld, General Manager of Intel Ignite explained in an interview to CTech. “I said it was impossible. Of course, I had a long list of reasons why it was never going to happen. And guess what? You can teach old dogs new tricks!” 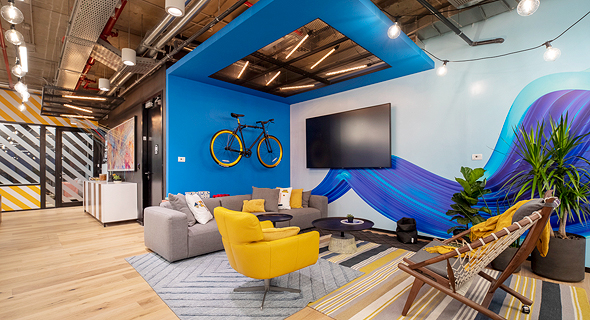 Intel Ignite hub space. Photo: Dan Miller
Weisfeld has been an entrepreneur for more than 30 years in Israel and Silicon Valley. He left Microsoft in 2018 but was contacted by Intel to help establish an accelerator program in Israel. He revealed that after the 2017 acquisition of Israel-based Mobileye, Intel wanted a way to work closely with more of the companies coming out of Startup Nation. For Intel Ignite’s second cohort, everything was ready: in February 2020, the management was selecting the final 12 startups who were going to take part. Following 70 interviews—each lasting 2-3 hours—Weisfeld realized they had to make a choice. Either they were going to postpone the program or they had to pivot completely and take it online. “One of the key values of Intel is ‘Operate Fearlessly’... we don’t know everything but we’re going to work with what we have,” he said. The result was a large operation including brand new cameras, speakers, televisions, and physical rooms in which to host workshops and seminars for startups. For the next 12 weeks, Intel Ignite was going to operate entirely over Zoom to help startups scale their company, open up market opportunities, or raise more capital. One participant in Intel’s second cohort, HYRO, described the new program as “an all you can eat buffet” for mentorship and guidance. HYRO uses conversational AI to provide chatbots and voice assistants to healthcare enterprises. For them, the one-on-one experiences that were achieved via Zoom calls enhanced their experience. “I felt that most of our cohort was companies that were run by first time entrepreneurs,” said Israel Krush, HYRO’s CEO and Co-founder. “I, for one, try to learn from other people’s mistakes. Trade CEOs, specific sales people, just by having one-on-ones with them gives you a lot of feedback and you can share your dilemmas. They can consult with you based on their experience.” Another company, Indoor Robotics, highlighted how talking to people on camera might be different than speaking on a stage in front of a large crowd. “The best thing about having the sessions on Zoom is that you don’t really feel the audience,” said Doron Ben-David, the company’s CEO and co-founder. When you’re sitting in the auditorium… you think ‘ok this is a lecture.’ But when it’s over a Zoom call, it feels like a one-on-one session. When it’s on Zoom it adds a special sauce to the meetings.”
Related Stories:

Indoor Robotics created a platform called Tando, a robot that collects data from inside office buildings to measure things like air quality, gas emissions, or other environmental issues. By monitoring the data, these robots can also be used as “security officers.”

Another benefit to pivoting online, aside from the intimacy, is the ability to manage time more effectively. According to Weisfeld, Intel expects around two days a week from their participants—not an easy commitment when starting up as a new company.

“Experienced entrepreneurs, founders, hearing significant success - I would prefer being there in person and getting to know them by talking face-to-face,” said Raz Golan, CEO and co-founder of Shopic, a self-checkout and fraud solution platform. “But on the other hand, with the more professional content, that doesn’t specifically require in-person interaction, it was much more convenient in terms of time management and travel time to have it delivered through Zoom. I think sometimes it helped.”

Attendance is never mandatory, but Intel Ignite could boast a 100% attendance rate among participants for online gatherings. While most participants agreed online lacked some of the more intimate moments that are usually present in accelerator programs, all cohort members who spoke with CTech highlighted Intel’s ability to ‘operate fearlessly’ and facilitate the new normal. 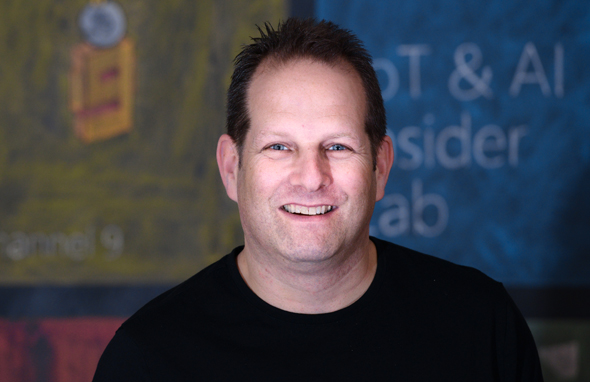 Intel Ignite General Manager Tzahi Weisfeld. Photo: Aviram Valdman for Soda Creative Video
Going forward, Weisfeld is planning all future sessions in the third cohort to operate online due to the unpredictability of Covid-19 and intermittent restrictions. However, they plan to move to physical space as much as they can. “We still believe that physical attendance is critical and adds value, but we have an operating plan right now that takes into account 100% virtual,” explained Weisfeld. Currently, applications to attend the third cohort are taking place - via Zoom - until early September and the final selection being announced at the end of the month for the session that is set to start in November.