Even without diplomatic ties, here’s how 200 Israeli companies are already doing business in the UAE

With conduit companies and subsidiaries in third countries and a vow of silence regarding their origins, Israeli manufacturers and startups have been selling goods and services to the Persian Gulf country for years

TAGS:
Israel and the United Arab Emirates (UAE) still have no official diplomatic ties, but, unofficially, an extensive financial relationship between the two is an open secret. According to the Manufacturers Association of Israel, about 200 Israeli companies are already exporting products to the UAE. These companies come from different industries, most prominently in the fields of medical equipment, telecommunications, and national security. The trade between the two countries is done through subsidiaries that emerge in a third country, normally in the U.S. or Europe, making it difficult to get an accurate picture of the extent of Israeli export to the UAE. The goods exported are finished products that need no routine maintenance—which could not be provided without direct ties between the countries—or such that can be fully maintained by the client, once purchased.

Once ties are established, under the agreement to establish a diplomatic relationship between the two countries announced by U.S. President Donald Trump on Thursday, the Manufacturers Association of Israel believes that it will be easier for Israeli companies to export directly to the UAE. This would mean companies would no longer be dependent on conduit companies in a third country and will have the option to provide ongoing support for their products.

"We are certain this agreement will expand the until-now unofficial commercial ties with the UAE and allow the export of additional products, such as medicine, whose country of origin must be clearly marked,” Ron Tomer, president of the Manufacturers Association of Israel, told Calclist in an interview.

But not just manufacturers who already work with the UAE. Various Israeli startups also have ties with the Persian Gulf country.
Related Stories:
One such example is Ramat Gan-based community management company Insights: Powering Collective Thinking Ltd., which has been working with the monarchy of Dubai, one of the seven constituent monarchies which make up the UAE, for six months without advertising it. Insights operates a community engagement platform that provides feedback from the citizenry to the Dubai authorities. 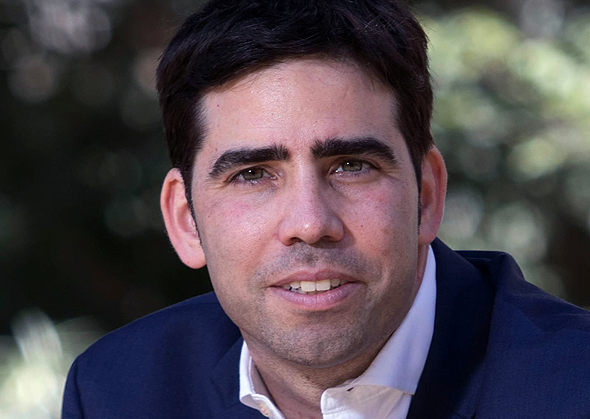 Officials in Dubai heard about the company through a publication by New York University and approached it through regular channels, meaning its website, Gal Alon, founder and chairman of Insights told Calcalist in an interview. According to Alon, the company knew right away, just by looking at the sender’s email address, that it was being approached by the government in Dubai.

“The email reached our German team in Berlin and it conducted the sale,” Alon said. “They did not ask about Israel and the Germans did not tell them, but the Dubai representatives did insist the invoice needed to be from an American company,” he said, “an Israeli invoice was never an option.” Dubai is the fifth government Insights has signed agreements with, following Israel, Germany, Austria, and the U.S. But, even now, with talks of normalizing the relationship officially announced and Dubai examining the expansion of the contract to all government agencies, Insights’ Israeli connection is left unspoken. Dubai knew it was an Israeli company, Alon said, it was just never discussed. Anyone examining Insights’ website cannot miss it as its clients include Israeli government agencies and the cities of Tel Aviv and Jerusalem, he explained. The thought of doing business with the UAE appeals to many companies in Israel, mostly due to the country’s extreme wealth. “In the end, the prices we gave them were no different than those we gave other countries,” Alon said. “We did not feel like we were standing in front of heaps of money,” he said, “though, maybe we were and just didn’t take advantage.”