The government attempts to integrate diverse populations into the Israeli ecosystem have failed - it's time for a new, long-term, approach

In a recent interview with Aharon Aharon, CEO of the Israel Innovation Authority, he bravely admitted they didn’t succeed in promoting tech in the periphery, noting their efforts to integrate women, Arabs, Jewish ultra-Orthodox and other diverse populations. The Israeli tech industry, a main contributor to the Israeli economy, speaks about diversity, yet only 9% of the population in Israel is included in the tech ecosystem, 75% of which are non-Haredi Jewish men, while 79% of the high-tech jobs and 72% of the startups are based in Tel Aviv area.

The Covid19 crisis is drastically deepening the socio-economic gaps: OECD forecasts for Israel are bleak, and we are with a record deficit and unemployment rate of 28%. The achievements in reducing socio-economic gaps are arbitrarily expunged by the Corona Virus and the challenges become unbearable. The unavoidable truth is that the main casualties of the crisis are the already underprivileged; including population in the social-geographical periphery and underprivileged communities. 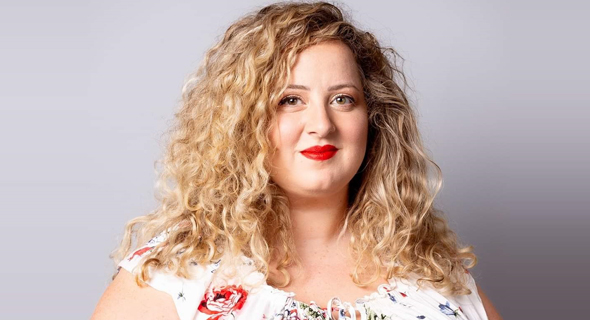 Ariella Rosen is the Co-CEO of PresenTense. Photo: Shani Nachmias

For years we’ve been witnessing efforts to integrate diverse populations from the periphery via hubs, accelerators, incubators and coding bootcamps. However, it appears that the main beneficiaries of these efforts are the already privileged while the actual socially vulnerable communities are left behind yet again.

The government's attempts to strengthen the periphery with projects such as hubs, hi-tech parks and incubators, focuses on the already discovered potential and attracting talent from 'outside', without developing and reaching most of the local community, where the actual deal-flow of perspective talent lies. For a real, sustainable, lasting impact we need to focus on finding and developing the hidden potential of the local human capital, that is the solution for a prosperous periphery and an "ecosystem for all".   The current projects and resources are aimed at strengthening the few locals who are already included in the tech and entrepreneurial world, essential of course, yet not enough. The effort to bring talent from Tel Aviv's ecosystem is failing since the periphery cannot compete with the salary and benefits offered by the companies in the Startup Nation's capital. We should aim for a long-term solution of including the entire local community, by exposing to the countless opportunities and possibilities of the ecosystem and by making entrepreneurship and tech accessible to all. Reducing the gaps won't happen by one successful entrepreneur from a peripheral town, it will happen when we operate from the ground-up, and focus on exposure, accessibility and inclusion. Initially we need to target the audience that isn't familiar and connected to these worlds. If we don't focus on developing the hidden potential of the local community, the hubs and hi-tech parks will remain empty.
Related Stories:

Government bodies including the Ministry of Social Equality, the Ministry of Peripheral Development, the Ministry of Economy, the Ministry of Education and the Israel Innovation Authority operate simultaneously with similar agendas working separately, with different budgets, often disconnected from each other, even when operating in the same place. It is not uncommon for a government office to start working from scratch in a town where there are existing parallel governmental efforts.

Apart from the importance of the inter-office partnerships it is crucial to build cross-sector partnerships. Today’s governmental tenders view the operating organizations as vendors, which reflects on how the relationship is conducted. The operating organizations have invaluable knowledge and experience, they have a track record accomplished with fewer resources. The mistakes were already made by others- learn from them. Exposing lower income communities to the Israeli entrepreneurial ecosystem is the way to ensure that the gaps constantly deepening, begin to reduce. It's a marathon, not a sprint, so a two year plan is not what we need: We need a long-term all-inclusive strategy, to reduce future damage we need to start now, we can’t afford waiting for Covid-19 crisis to be over; Government offices should extend the dialogue with the field and existing organizations, and strategize together focusing on individual development, community empowerment and local economic growth by making entrepreneurship accessible to all.

Ariella Rosen is the Co-CEO of PresenTense, an Israel based non-profit promoting an inclusive society in which diverse communities are equally represented in the Israeli entrepreneurial ecosystem.