The company operates as part of Teva and Philips’ investment platform, Sanara Ventures

Israeli medical system company IMedis has announced it received CE approval for its AI-based quality control system for radiology departments. The approval now means that it has reached the European standard allowing markets to purchase its system. According to IMedis, the system can accurately identify findings that would require follow-ups and may have been missed by the radiologist in an initial reading. It is estimated that the system can help discover early findings without symptoms that may lead to cancer.

“Obtaining CE approval is an essential milestone for IMedis, an idea that was born as a result of understanding the need to harness technology in order to assist in the work of diagnosing and detecting for physicians,” shared Aviel Blumenfeld, CEO of IMedis. “The diagnosis of findings in existing scans, can lead to early detection of diseases and save the lives of many patients. We believe that the great news in the use of advanced technologies in medicine is in strengthening the capabilities of physicians." 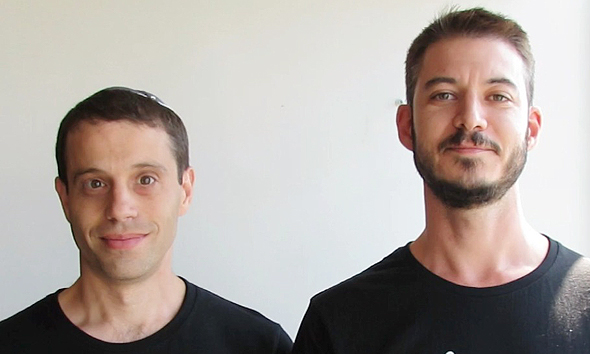 Co-Founder and CTO Yitzi Pfeffer and Aviel Blumenfeld, CEO, at IMedis Medical. Photo: Ben-Horin & Alexandrovitz PR
IMedis operates as part of Teva and Philips’ investment platform, Sanara Ventures. CEO Assaf Barnea described the company as a “significant player” within an industry that has seen incredible change following Covid-19. “The last few months have brought a significant change and growth of the trend of innovation in the medical technology world that is always a step ahead in the medical innovation arena. Sanara Ventures will assist and play a significant role in the advanced medical treatment of radiology.”
Related Stories:

He continued: “IMedis is a leading company in the field of digital medicine, and we will continue to add groundbreaking companies to our ranks in the hope of being a leading home for innovative solutions in Bio Convergence and digital medicine.”

IMedis was founded in 2018 and has raised $2,3 million, $1.3 million of which was raised through crowdfunding platform ExitValley. It is currently seeking FDA approval which it expects to receive later in the year.