What to expect when you’re expecting: The CEO edition

Aside from running a startup, I also have three children. Raising kids is a good lesson in patience. Now that they are a bit older (aged 10-17) raising children is a pleasure (most of the time), but getting there took some fortitude. It began during the pregnancies, and the anticipation for them being born. Though two of them were considerate enough to emerge into the world a month earlier than their due date, maybe because they sensed my impatience, I was still forced to wait anxiously for many months that were filled with uncertainty and a sense of having very little control, in which I was a helpless bystander.

These descriptions also apply to my current experience as the CEO of a startup whose first product is still in the gestational stage. We have decided what the first version of the product will entail, we’ve set schedules and tasks, and now, while the rest of the ‘flying pigs’ are busy designing, writing code, and defining product features, I am mostly left waiting in anticipation. During this time, a bunch of feelings are bubbling up inside of me. Excitement — fantasizing about how everything will look wonderful, function perfectly, and result in hordes of people using the product — but mostly fears and anxieties. Fears that maybe we missed out on the characteristics, that maybe we’re advancing too slowly, that perhaps the market has changed, that the progress it feels like we’re making doesn’t reflect our true progress, etcetera. Occasionally the team carries out a version update, which means taking all the features that have been developed and packaging them in a way that allows us to run our product and see where we are in terms of progress. It is a lot like visiting the gynecologist for an ultrasound during pregnancy. It looks like the fetus is complete, growing, and developing according to plan, but at the same time, it’s no more than a weird and slightly shapeless mass that requires a lot of imagination to envision in its final version. 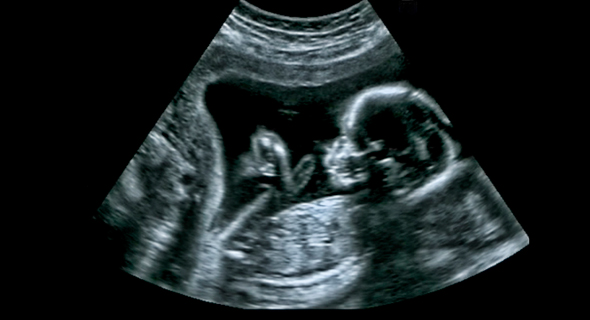 How is a managing a startup similar to waiting for a baby to be born?. Photo: Shutterstock
What happens to a person who has too much free time and not enough things to do to contribute to the process? Just like an expecting parent, he starts nagging, asking too many questions, making unnecessary suggestions, and trying to force himself into a process where he’s not really needed. My biggest challenge is sitting to the side and being available to answer anyone’s questions or help when I am needed and the rest of the time simply not interfering. And it is one hell of a challenge. The managerial challenge at this stage is divided into three parts. The first is keeping your finger on the pulse of developments and remaining highly aware of everything that takes place in processes, even if you are not that involved in them. There are a range of managerial tools to do that with, from daily update meetings to assignment tracking software, feedback from team members, and of course occasional version testing. The second part is listening not only to the words being said but also to their ‘tune.’ Everything may be advancing precisely according to plan (not really, no startup has ever managed to stick to its original timetable, but for argument’s sake, let’s say it is), but if you have your ear to the ground, you can sense where things are creaking, what works perfectly and what requires fixing or rethinking. It’s the manager’s role to identify the strengths and weaknesses beyond what’s directly reported by the team.
Related Stories:
The third part of the challenge is that which I want to expand upon today, and that’s the ability to filter out the noise and encourage productivity. “Noises” are defined by the Weizmann Institute of Science as “unwanted signals that interfere with the reception of desired signals,” and they can apply to inter-team fighting or tension, external distractions, and more. While we toil away at our product, we are surrounded by a lot of noise and my job as a manager is to understand which are important and which are nothing but disturbances. The main source of noise at this stage is the updates we receive on what is taking place at other companies. Occasionally we identify a competing product or a similar one that just hit the market, at which point we flock to it eagerly and rush to test drive it to find out how it works and which features they have that we don’t. Naturally, every product like this has a range of characteristics, some of which seem unnecessary to us and some that raise our anxiety a bit with the inevitable question of ‘why didn’t we think of that earlier?’ External information can be a great aid in the development process. You get to see how other products apply a specific characteristic and can learn from it (what you should or shouldn’t do) to improve your product accordingly. But as helpful as it may be, it is commonly also a source of noise that interrupts your process. If you automatically copy everything you see the competition doing out of fear of them having features that you don’t, it’s like following another driver on the road without knowing where they’re headed. You may end up getting lost and it can be very difficult to find your way back to the proper path. In recent months, the global technology market has, alongside the difficulties caused by the global economic crisis and the forced shift in consumer behavior, experienced expedited growth. Public companies’ valuations have skyrocketed, the IPO market has awakened from a long period of stagnation and as a result, we are also being bombarded with news of huge financing rounds in the private sector and a tidal wave of new projects. All this constitutes noise that can heavily impact the day-to-day operation of your company. Decisions having to do with raising capital, exit plans, valuations, or new growth areas, are heavily impacted by the signals that our surroundings communicate. After every announcement of an Israeli company going public, raising money, or merging with another company (which is of course positive in its own right), my instinct is to find an opportunity for us to follow suit. On one hand, when you see the market waking up it is appropriate to try to ride the wave, raise more money and grow, but on the other, it is important to be cautious and try to anticipate how much of it is hype and how much is real. This is precisely where I, as a manager, need to step in and differentiate between the noise that is relevant and that which should be ignored. It is very tempting to make decisions because it gives you a direction to head in and the vibe of taking initiative, but like when it comes to a pregnancy, sometimes you just need to let things progress naturally. Sometimes, the best thing you can do for your business, the same as for your children, is just be patient.

Whose advice should you take?