Big-Tech 50 R&D aims to build a portfolio of the 50 biggest private tech companies in Israel, by purchasing existing shares from the company's current shareholders

TAGS:
Big-Tech 50 R&D Partnership completed its IPO on Wednesday, in which it raised about NIS 85 million ($26 million) on the Tel Aviv Stock Exchange (TASE) from institutional investors. Its aim is to build a portfolio of the 50 biggest private tech companies in Israel, resembling an index. The partnership focuses on large privately-held technology companies with potential large offering costs and already has signed deals for purchasing shares of four companies: Fundbox, Payoneer, Via, and ironSource.

The Partnership purchases existing shares from the company's current shareholders, as is normally done by private secondary funds, and over time it will allow investment in 50 large tech companies in Israel. Big-Tech 50 Partnership plans to invest the capital raised in 15 target companies over the next year, with the size of each investment reaching up to $2 million, and rising over time to $5 million, with plans to reach a holding of NIS 1 billion ($303 million) in 50 companies, within two years. The partnership plans to create an index of the 50 biggest privately-held technology companies in Israel and enable investment in them, while they are still in their pre-IPO phase or before they are sold to giant multinationals. 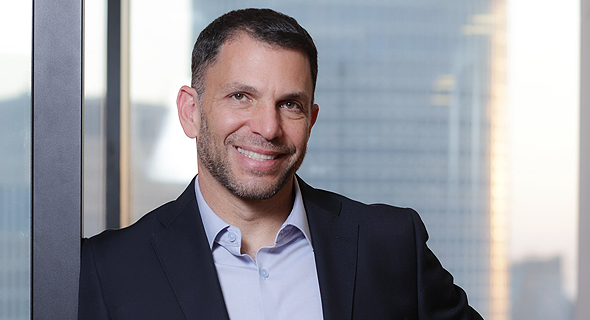 Big-Tech 50 CEO Yochai Zeid. Photo: Tal Cohen
The target companies will be chosen according to the following criteria: the value of the company at the time of investment should be at least $250 million; the company would have been founded more than three years ago; at least one venture capital fund would have invested in the company; the company produces annual recurring revenue (ARR) of at least $10 million and has reported growth for the past three years; and the average rate of annual growth of the company's value should meet the criteria of over 30% per year, far above any other tradable technology index. The investments of Big-Tech 50 in target companies will be conducted mainly by purchasing existing shares from entrepreneurs, angel investors, founding team members, and founding investors in the target companies, as is usually done through private secondary funds. These funds create liquidity for shareholders in private tech companies that want or need to convert some of their holdings into liquid assets before the company goes public, or is sold. The aim of Big-Tech 50 R&D is to allow investors in the general public to be exposed to the large successful companies in the Israelis tech sector.
Related Stories:

The chairman and controlling shareholder in the Partnership is Arik Czerniak, who founded Supersonic, which was sold to Israeli company ironSource for about $200 million five years ago and currently serves as Managing Partner in Israeli venture capital fund Axon Ventures. Its CEO is Yochai Zeid, who was formerly the CEO of the ISP Finance Group and Deputy CEO of Gett Israel (formerly Get Taxi) and a consultant at international consultancy firm McKinsey. Serving as a Director and joint controlling shareholder is Tzahi Sultan, Chairman of Discount Capital Underwriting and with more than 30 years of experience in Israel's capital market.