The first test of a drone in a GPS-denied environment was successfully conducted in Yeruham, an Israeli special drone test zone that provided safe solutions for the navigation of flight ‘beyond visual line of sight’ (BVLOS). The test belonged to NAAMA, the Israeli drone delivery pilot program run by Israel's Ministry of Transport (MoT), Ayalon Highways, the Civil Aviation Authority of Israel (CAAI), and the Israel Innovation Authority (IAI).

While the increase in data and GPS signal is increasing around the world, it is imperative that drones operate flawlessly once in transit. By proving to be successful and stable in GPS-denied environments, it means that the drones’ vision-based navigation technologies can help operators battle against the increasing threat of GPS signal disruption, including those caused by hacking, satellite malfunction, or solar flares. 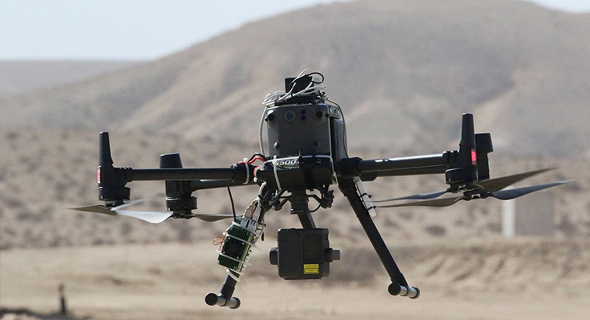 A drone during the test in Yeruham. Photo: Dror Ben David, Matrix

The tests demonstrated how the drones navigate directly to their destinations without the need for any satellite infrastructure. Most importantly, their lack of connection blocks them from enemies seeking to disrupt military missions and injure humans, cars, or other vehicles. Following the news that Pizza Hut Israel hopes to deliver their orders via drone in the summer, dinners will also remain safe.

The vision-based navigation technology for the test, NavSight, was provided by Sightec, which developed a Visual Situation Awareness system for autonomous flights based on computer vision and Ai technologies, in collaboration and integration with Simplex Interactive. Simplex developed the FlightOps.io drone operating system, allowing the operation of multiple drones BVLOS and in shared airspace.

The test, and its success, symbolizes an important milestone in the safe and secure implementation of drone delivery services.
Buzz