Israel Aerospace Industries (IAI) has unveiled MegaPOP, an advanced electro-optical surveillance system developed by TAMAM, its electro-optical and navigation system house. MegaPOP was designed for land duties such as marine or land border control, surveillance, or other missions that may require long surveillance performances.

MegaPOP can tape video on a thermal/HD channel at night or day and has continuous zoom capabilities, providing the user with high-quality footage under the most strenuous of weather conditions. It contains new sensor and laser features alongside digital tracking, image processing, and data processing to automate surveillance. 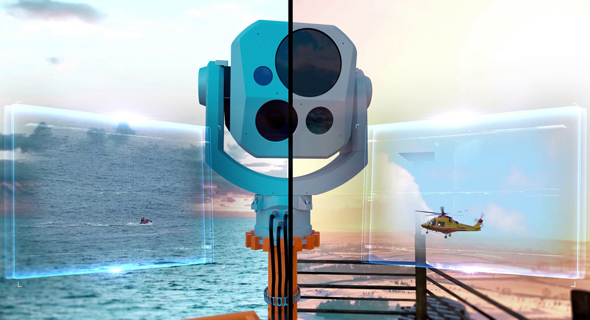 IAI’s new system, the MegaPOP. Photo: IAI.
“MegaPOP is the outcome of decades of experience accumulated at IAI in developing some of the world’s most advanced surveillance systems, including inertial navigation,” said Avi Elisha, IAI’s TAMAM Division GM at the Systems, Missiles and Space Group. “With MegaPOP, our customers will benefit from advanced and improved surveillance performance in every arena that demands uncompromised image quality, tough weather conditions, and optical threat detection in especially long ranges. MegaPOP offers a new standard to the global ER/IO market. We are proud to provide our global clients with another advanced solution.”
Related Stories:

MegaPOP joins other members of its family POPSTAR, MiniPOP, and MicroPOP, as well as other IR systems. Established in 1953, IAI is one of Israel’s largest technology employers and provides state-of-the-art tools for space, air, land, naval, cyber, and homeland security markets.