Less than a month after retiring as CEO of Waze, Noam Bardin published a post today about the reasons for the decision - eight years after the Israeli company was acquired by Google for about $1 billion. In his post, Bardin attacks the problematic organizational culture in Google, which led him to the decision to resign from his position. “I did not leave in a confrontational disagreement... but rather was just worn down by the nature of the beast,” he explains, using an analogy he would later use five more times in the post.

“I am confident that the Waze acquisition was a success. The problem was me - believing I can keep the startup magic within a corporation, in spite of all the evidence showing the opposite. Had I not set out to fight the nature of the beast, I could have focused on building for leaving rather than building for the users. Three years ago I realized this and wanted to leave but the company was still too startup-ish and dependent on me. I would recommend to the 2013 me to not try and innovate within, but rather focus on exiting the company as fast as possible and building the right team/structure/succession plan to make it happen instead of fighting the nature of the beast,” writes Bardin. 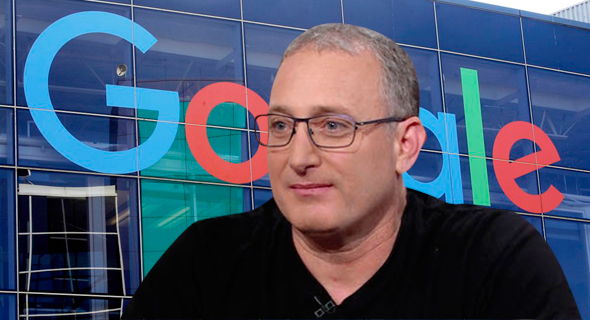 Waze CEO Noam Bardin. Photo: CNN/AP Screen
Bardin wasn't one of the company's founders, but he played an important role in turning Waze into a globally significant navigation app and in its sale to Google. When Bardin started at Waze, he said the company had around 14,000 users, compared to the 140 million monthly active users today. Bardin had intended to announce his departure from Waze this past Spring but ultimately decided to postpone it due to the Covid-19 pandemic. CTech reported in November 2020 that he would stay on through January 2021 to help the company in its search for a new CEO and aid with the transition. In this post, Bardin addresses the problems involved in leading a company under a large corporation like Google: “I believed that I could build out Waze within Google, breaking the myth about what happens to companies after being acquired by large corporations. Looking back, this reminds me of the Western CEO and China. Every Western CEO thinks she or he will be the first to be a successful Western brand in China and many try and launch a service there. The Chinese are used to this Western arrogance and welcome the foreigners. Many quarters and dollars later, the Western CEO leaves with some China experience and the Chinese partner keeps the IP, money, business... You cannot fight the nature of the beast, this is China. The same thing happened to me in China pre-acquisition… So, to complete the analogy, I was the naive start-up leader believing that I can build out Waze within Google to its full potential and conquer the beast, regardless of its nature. This irrational belief is critical for a startup leader but challenging in the corporate environment.” Bardin also criticizes the organizational culture in Google that hardly allows for the dismissal of an employee who simply does not do his job properly. “The challenge was that, as Google employees, we were subject to all of the corporate hiring practices. It is practically impossible to fire someone for the basic reason that you don't need this role anymore or there is a better person out there or just plain old ‘you are not doing a great job’."
Related Stories:

He points out the excessive tendency of the organization for the personal life of the employees instead of completing the professional tasks. “Having trouble scheduling meetings because ‘it's the new Yoga instructor lesson I cannot miss’ or ‘I’m taking a personal day’ drove me crazy. The worst thing is that this was in line with the policies and norms - I was the weirdo who wanted to push things fast and expected some level of personal sacrifice when needed. I don't believe long hours are a badge of honor but I also believe that we have to do whatever it takes to win, even if it’s on a weekend.”

Bardin criticizes the salary and benefits policies of high-tech companies in Silicon Valley, explaining that salaries are high and options have such a large value that the employees’ benefits only increase, regardless of the personal performance or performance of the product. “I feel that the risk-reward model in Corp-Tech is broken due to ever-rising stock prices and lack of personal impact on your returns. Perhaps Corp-Tech should move to employee share buyback where employees must sacrifice some of their salaries for equity or change equity to vest by a product-related metric to connect the team’s performance with the employee returns.” “All these issues drove me crazy. I believe in the Waze mission and love the company and wanted to continue to grow it. These aspects of corporate life slowly wore me down. At the end of every day, I always ask myself ‘what did I do for our users today?’ This simple exercise helps keep priorities straight. When I found myself avoiding this question because I was embarrassed by the answer, I knew my time was up. I feel we ended up with the worst of both worlds - the challenges of a startup with the constraints of a corporation all aggravated by the inability to quickly hire and fire,” he writes. “If I had to summarize it, I would say that the signal to noise ratio is what wore me down. We start companies to build products that serve people, not to sit in meetings with lawyers. You need to be able to answer the ‘what have I done for our users today’ question with ‘not much but I got promoted’, and be happy with that answer to be successful in Corp-Tech. I guess that's just not me. As the tech regulation/antitrust heats up - the noise will continue to get louder than the signal,” Bardin summed up his personal and critical post.
Buzz