Can Tesla conquer Israel without storefronts?

The electric car manufacturer Tesla is entering the Israeli market, but there are no signs that it’s planning to open a classic dealership. An official map of service locations encompasses charging stations around the country and a sales center in the Ramat Aviv mall in Tel Aviv, but even the main sales center in Petah Tikvah doesn’t appear to include a showroom or any space for test drives.

Tesla isn’t letting a lack of traditional showrooms slow its Israel rollout down; the company is already accepting pre-orders through its IL website. This makes for a compelling real-time experiment in the digitization of the car buyers’ journey. Tech car sales platforms are eager to jostle real-life car salesmen out of the picture, but physical dealerships aren’t planning to step aside quietly. There’s so much buzz now around the debate of clicks versus bricks, whether the future is to be found in ecommerce or physical retail, but when it comes to the automotive sector in particular, finding the right balance between the two is the key. 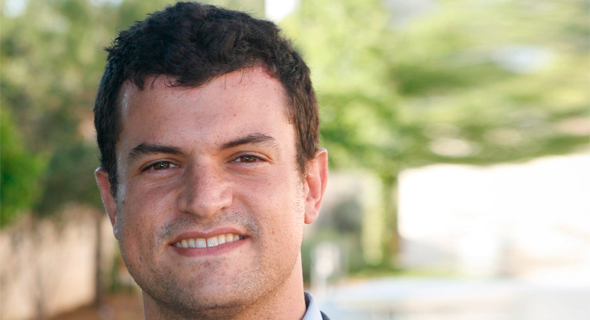 CEO of AutoLeadStar Aharon Horwitz. Photo: AutoLeadStar
According to the industry analysis that my team at AutoLeadStar has compiled, about 98% of car purchases still take place at physical dealerships. With such a powerful vote for dealership sales, it remains to be seen if Tesla will succeed in Israel. Despite the explosion of digital sales channel adoption during the pandemic, the network of dealerships using AutoLeadStar’s marketing platform did not see transaction volume return to their pre-pandemic velocity until showrooms re-opened their doors. With this in mind, Tesla’s arrival here raises interesting larger questions about the future of the car buying journey in a digital era – both globally and locally.

Covid-19 pushed everything online, including car purchases. Research by Google and Kantar found that in March 2020, 10% of car buyers did so via ecommerce, up from 1% in 2018. In the U.S., RM Sotheby’s ran its first online-only vintage car auction in March. The sale had close to 900 registered bidders, 23% more than normal, and made $13.7 million, showing that buyers are willing to bid even for high-end vintage automobiles they’ve never actually seen.

Even those who won’t complete the entire sale digitally are looking to do as much as possible online. Using the internet to research cars and prices, explore the trade-in value and price of their old car, organize paperwork, arrange financing, and even doing a video test drive are all steps that customers are moving online – and which Tesla is enabling. Much depends on the customer experience that car dealers are able to offer. “People will likely continue to buy cars online even now that showrooms are reopening,” says Kyle Keogh, Industry Director of Automotive at Google. “But to take full advantage of this new opportunity — especially at a time when more people are interested in buying cars — auto marketers must deliver a frictionless online retail experience.”

The car dealership is not dead

In the U.S., a significant number of car dealerships are conducting business beyond their physical locations, but Israel’s car market has remained stubbornly traditional. Much of this may be due to the high price of buying a car in Israel, compared with income and the general cost of living.

A family's second most expensive purchase is not the same as buying a pair of shoes or a coffee table. From my perspective, it seems that the majority of buyers still want to test a car and know that they have a reliable and trustworthy party on the other side. Many car buyers would still rather visit a dealership to agree on the price, sign the paperwork, and inspect the car in more detail, even though they are comfortable checking features, models, and prices online. “In terms of what is stopping people buying online, we found aspects such as emotional points – wanting to touch, feel and look at the car, as well as wanting to drive it,” says Ian Plummer, commercial director at AutoTrader. In Israel, where open-air markets are common, this emotional purchase experience still reigns supreme. Middle Eastern rituals based on heated haggling and culminating in lasting personal relationships of trust are hard to shed. A fully online, touchless approach may have less of a chance to succeed here in the mainstream. On the other hand, Israeli consumers are known to quickly adopt consumer apps, and CEO Elon Musk’s status as a tech cult figure does wield influence. For now, it seems, the way forward is a hybrid, omnichannel model that seamlessly combines online and offline touchpoints. This is why automated marketing is becoming so important for car dealers – customers want to gather necessary info ahead of their visit to the dealership, but that visit to the dealership is still necessary in order to seal the deal.

Tesla is the first car manufacturer to open sales channels in Israel that’s not planning to use local dealers but rather to sell directly to the public. This may not have been entirely intentional; Tesla had originally planned to display vehicles, but bureaucratic complications caused those contracts to be canceled. Still, it’s making a virtue out of necessity. The company has a backlog of hundreds of orders even before launching any marketing activities beyond a Facebook Group for local fans.

Tesla is the exception that proves the rule, because even in the U.S., this is their model. Tesla operates stores, showrooms, and experience centers for consumers to experience and test drive cars, while the final order is done online. In another departure from the Israeli car sales norm, Tesla is targeting fleet leasing deals with tech companies, which make up 40-60% of electric vehicle sales in Israel. This could be the impetus that other drivers need to change their operating model. Tesla is also blazing a trail by openly sharing the pre-tax price of a Tesla, casting suspicion on car dealers for brands that refuse to reveal how much of a cut goes to the middleman.

Covid-19 pushed car purchases further down the road of digitization. Although consumers are still somewhat hesitant about fully online automotive sales, seamless sales models that meet customers at every touchpoint and remove friction from the information-gathering process are the path to success for car dealers.

By pioneering this approach in Israel, Tesla is putting the theory to the test. It will be interesting to see if the company can succeed here without operating a single showroom.

Aharon Horwitz is the CEO of AutoLeadStar, which he co-founded in 2015. A Jerusalem and Miami-based, venture-backed startup, AutoLeadStar provides technology that helps car dealers to reach and engage with buyers more effectively. Horwitz also co-hosts the "Inside Auto Podcast.”