If you think you deserve something, go get it. Don't wait for anyone to promote you or to give it to you, writes Co-Founder of Syte Lihi Pinto

After more than 15 years in the finance and investment banking world, I decided to leave it to build a company from the ground up. It all started with a red dress that I saw on Instagram and wanted to buy but couldn't find anywhere. That was the ‘aha’ moment that made me realize that my shopping frustration was an industry-wide problem - one that I could solve. And that's how Syte was born, and with it my career in tech.

It’s no secret that the tech scene has a pervasive problem with gender bias: Only one in four startups include a female founder, and barely more than a third (37%) have a woman on the board of directors. What’s more, as recently as 2016, women received only 2% of total investor funding, and women-led companies comprised just 4.9% of all VC deals. 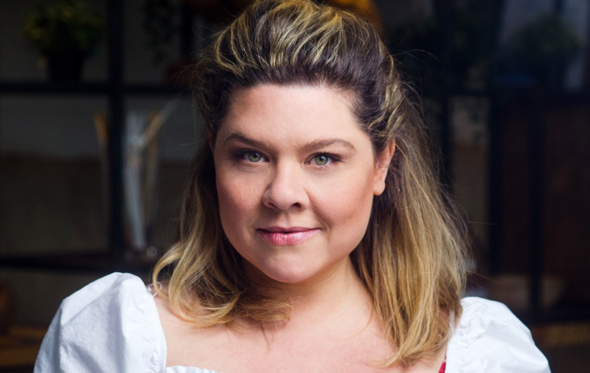 Lihi Pinto is the Co-Founder of Syte. Photo: Syte
I knew the change I was making would be challenging, I had to prove myself all over again in a different industry. Especially in a field like high-tech that is mostly dominated by men and sometimes it's even worse than in any other industry. What helped me was the fact that I was used to it because I came from the finance industry in London, which is also dominated by men. I was used to being the only woman in the room. And this time it wasn't different, I was, again, the only female in the room for a long time. What I learned very quickly though is that there's no room for disappointment. There is no time. You need to think ‘I'm doing what I'm doing, and I hope that everyone will catch up.’ I believe that eventually, they will. A lot of it has to do with self-confidence and believing in yourself. I would tell myself, ‘I will treat myself as equal. I will treat myself in the way that I want the environment to treat me.’ And that worked. I just decided that I was an equal, and the environment is equal to me. I'm not better than anyone. No one is better than me. And if somebody has a problem with it - and they have sometimes - they will have to deal with it. It's their development that they need to go through - it has nothing to do with me. The numbers, the end results, the efficiency, the ROI - they prove that when you have diversity, you do better.
Related Stories:

What can women do to bring some more equality into senior-level roles in tech? Don't wait to get promoted. I believe that we need to promote ourselves. It’s a mindset. I think more women need to be confident in who they are, what they bring to the table, their value, and their worth. Because men are like that all the time, and they believe it.

If you think you deserve something, go get it. Don't wait for anyone to promote you or to give it to you.

Lihi Pinto is the Co-Founder of Syte