The blight of ageism in the Israeli workplace: why we can and should do better

Covid-19 and the ensuing pandemic fanned the flames of ageism in 2020 to catastrophic proportions, writes Nicole Priel

Yet, ageism—the practice of discrimination against populations age 45 and older—remains an acceptable and, in some cases, unashamedly celebrated form of discrimination in many workplace settings. To be sure, there is still much work to be done when it comes to all forms of discrimination, however, ageism is quietly occurring under our very noses. 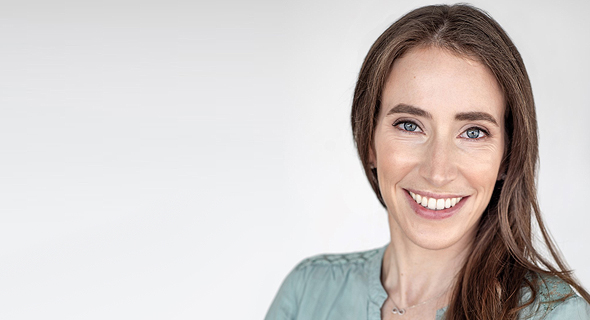 Nicole Priel is Partner & Managing Director at Ibex Investors LLC. Photo: Elisa Szklanny
2018 was the first year we saw a global population that included more people over the age of 64 than under the age of five. As the number of people over the age of 65 continues to grow, it is clear we are becoming a senior-centric world. This doesn’t translate to the workplace, however, where employees as young as 45 report difficulty in finding jobs or acquiring management positions. In many countries, Israel included, retirement becomes compulsory at an indiscriminately determined age. For Israel, this means employers may require the retirement of men beginning at age 67 and women at age 62 (which supports the notion that, while progress has been made in the area of gender discrimination, the issue still exists). Part of Israel’s reluctance to embrace older people in the workplace may lie in the fact that it is a relatively young country. According to the 2020 Population Statistics for Israel, only 15% of the country’s population is 65 years or older. Still, the average age of people living in Israel is creeping upward—from 27.6 years in 2000 to 29.5 years in 2011. And, given the fact that the average Israeli is living to be 83 years old, the idea that workers age 45 and up are having difficulty procuring employment borders on absurd.

If prejudice against older employees was a tinderbox, Covid-19 and the ensuing pandemic provided the spark that fanned the flames of ageism in 2020 to catastrophic proportions. As the virus spread and shutdowns began, senior populations around the globe suffered. According to a survey conducted by the Israeli Democracy Institute’s Center for Government and the Economy, 34% of employees aged 45 – 64 were placed on unpaid leave or made redundant.

As a population segment, older citizens were viewed as disposable, with debates springing up over whether seniors should be connected to ventilators in the event they became infected with Covid-19. This idea that older people should be a lower priority when it comes to receiving standard medical care only strengthened the pervasiveness of ageism.

Now, as vaccines are issued and the world is slowly emerging from a year of quarantine, older Israelis looking for employment are met with not-so-subtly masked signs of ageism. Job descriptions stating the company is limiting their search to candidates who are “recent graduates” or “energetic workers” make clear they prefer young hires over seasoned professionals. Considering these “older” candidates are as young as 45 and have decades left before reaching retirement age, the idea of fighting a perpetually uphill battle against ageism for the remainder of their careers can become daunting. Here’s the good news—there are organizations out there that are trying to help. The 50-Plus-Minus Association is a non-profit organization based in Tel-Aviv that helps older workers freshen up resumés and find employment. They also conduct training courses and provide counseling services for anyone age 45 and up. Yet there is still much work to be done to eradicate ageism in the workplace, and much of it depends on us. We must be willing to voice our intolerance of ageism in our own workplace. When job searches limit potential candidates according to age, we must say something just as we would if the discrimination was racially targeted. We need to ensure job searches are appealing to a wide variety of demographics. We must speak out in favor of anti-discrimination training, not only for those in hiring positions, but as part of a company-wide initiative. And, as is the case with any other form of discrimination, if we see something, we must say something. This is non-negotiable and your silence is your tacit acceptance when coworkers use discriminatory language or generalize against older employees. It is past time to end ageism. It is incumbent upon each of us to be vigilant in watching for signs of workplace discrimination and to speak up when ageism occurs. It is only through raising our collective voice that the rest of the world will hear our message of inclusion. Nicole Priel is Partner & Managing Director at Ibex Investors LLC
Recently Read

There's a new wave of Israeli startups out there: meet the pioneers in B2C, B2SMB, and Passionware