With giant Russian cyberattacks against the U.S., the transition to online services during the pandemic and stricter regulations to protect data, Israeli cyber companies are set to benefit from 2021

TAGS:
2020 will go down in history as the year of the war against the coronavirus pandemic. However, although invisible to the eye, another battle has been waging in the wake of the online migration caused by people being forced to remain at home: the cyber war. The string of attacks on online services reached its peak with the exposure of the large Russian cyberattack on U.S. government institutions and companies who exploited a loophole in SolarWinds software, which lent the attack its name. The Israeli cybersecurity sector, which is considered a world leader in the field, finds itself at a key moment, which positions it to benefit from the escalation. Over the past year, against the backdrop of the growing need for cyber solutions, the local industry’s exports climbed by 20% compared to the previous year, hitting a new peak of $10 billion. And so, a single industry, which employs only 1% of the workforce is responsible for 10% of total exports and a third of all tech exports. Israel itself is on the top of hackers’ target lists. Last December, F5 Networks reported that Israel was the most attacked country in the world during the third quarter of 2020, with 180,000 identified attempts. “Although Israel is multi-talented in the cybersecurity arena, it falls victim to cyberattacks that aren’t always sophisticated, and that’s a reminder that vulnerabilities can be exploited anywhere, and basic information security infrastructure must be bolstered,” Aran Erel who F5’s Israel operations said. 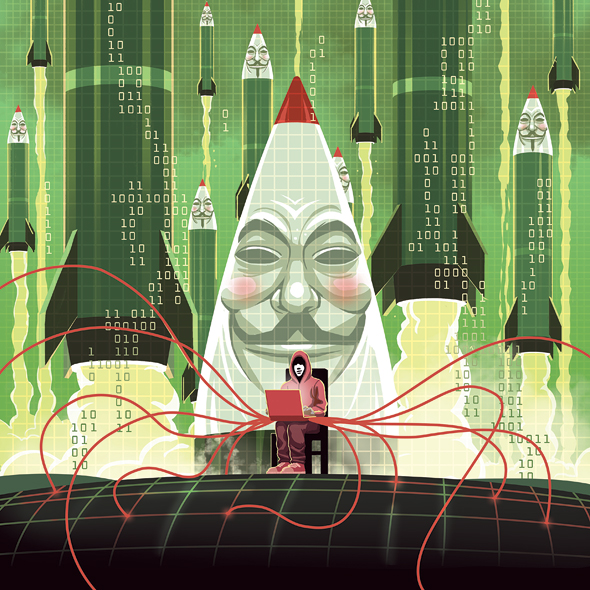 Cyberattacks have increased during the pandemic but Israeli cybersecurity companies are retaining the edge in the market. Illustration: Danielle Goldfarb

The Israeli cybersecurity sector is made up of around 500 companies: publicly traded gants like CheckPoint Software Technologies and CyberArk alongside private companies like Imperva, SentinelOne, Cybereason Labs, Forescout Technologies, and Snyk. Israel is second only to the United States in the global share of active cyber companies: 59% of cyber companies operate in the U.S., while 13% operate in Israel. The other 28% are dispersed over more than 100 different countries. In addition, foreign cyber companies like Palo Alto Networks have Israeli founders or operate large R&D centers in Israel. At the start of 2021, Israel is in an excellent opening position. The local industry is robust and attracts many investments, can lead to a significant increase in exports, and create new jobs and professions.

“The cyber market doubles itself every year,” explained Arik Kleinstein, co-founder and Managing Partner at venture capital firm Glilot Capital, which specializes in investments in later-stage companies. According to market data firm Statistia, global cybersecurity expenses are expected to climb to $250 billion a year until 2023. The uniqueness of the global cyber market is actually giving Israel an edge, as the market is divided and there isn’t a single company that stands above the rest, but rather several which hold significant market shares. That enables small young cybersecurity companies to gain footing with large customers and achieve significant sales. The real locomotive of the tech industry Just like the forecasts predicted, 2021 opened with a boom with young Israeli cyber companies conducting huge funding rounds, some earning billion-dollar valuations and entering the unicorn club before they are even a year old. The total investments in the industry’s large companies crossed the billion-dollar threshold in less than a quarter. By some estimates, if you add in all the investments in smaller companies too, the first quarter of 2021 produced $1.5 billion, half of the total amount raised the previous year. By and by, Israeli-owned BridgeCrew was sold to Nir Zuk’s Palo Alto Networks, which has become an avid collector of Israeli cybersecurity companies. 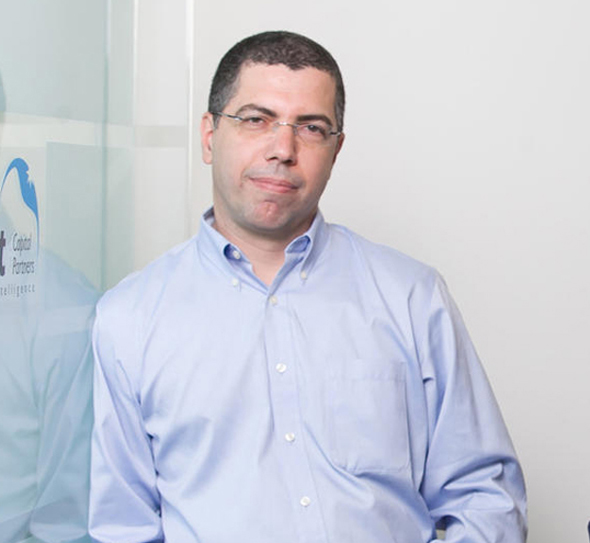 Arik Kleinstein. Photo: Orel Cohen
The number of Israeli cyber companies that have joined the unicorn club since the beginning of 2021, has already surpassed 2020’s total. This is the result of major competition between investors over promising companies, which are encouraged by special purpose acquisition companies (SPACs) who court local technology startups and offer valuations of a billion dollars or more. Against the backdrop of inflated valuation levels during the last quarter, several Israeli companies joined the unicorn club, including Wiz, which was founded only a year ago and joined young companies Orca Security and Aqua Security, as well as Axonius Solutions, OwnBackup, and CYE. In addition, Snyk completed a huge funding round of $300 million, and doubled its valuation in under six months to reach $4.7 billion. That round overtook SentinelOne’s previous year’s record of $267 million, but SentinelOne is already looking toward merging with a SPAC at a $10 billion valuation. Armis Security, which in 2020 was granted a $1.1 billion valuation, is not resting for a moment and gained a $2 billion valuation in its January 2021 funding round. These investment rounds joined last year’s already high figures. According to data from the IVC Research Center, investments in Israeli cyber startups in 2020 climbed to $3 billion up from $2 billion in 2019, and $1 billion in 2018. When considering that VC investment in cyber in 2020 worldwide was $8.1 billion - Israel’s dominance is clear. SentinelOne’s $267 million round was one of the three largest investment rounds in the total cyber market, while Armis’ sale to the Insight Partners was one of the biggest deals for cyber in the Internet of Things (IoT) category. Israeli cyber companies’ exits in 2020 capped to a hefty $4 billion, double what it was the previous year. The most prominent ones were the sale of Forescout for $1.6 billion and Checkmarx for $1.16 billion. Despite the pandemic, or perhaps because of it, 20 new cybersecurity startups were founded last year. Although that is a low number relative to the past five years (40) but the 2020 tally isn't final and it was a year that featured an economic crisis during which it was easier for large companies to raise funds, while early stage startups were allocated significantly less capital.
Related Stories:
Among Israel’s various tech sectors, the cyber sector has been leading the pack in terms of investment and exits for the past four years. According to Kleinstein, two-thirds of the worth of cyber industry exchange traded funds were derived from Israeli companies or those that have a significant presence in the country. If you were to discount the Israeli cyber sector, the funds’ value would shrink from $130 billion to only $40 billion.

You don’t need to be an economics whiz to see that the recent valuations of cyber companies reflect dreamlike revenue multipliers, but one needn’t get too anxious. In today’s booming market, which includes $200 billion in SPAC money that was raised over the past year and is just looking for a place to park, valuations in private funding rounds are mainly determined by supply and demand. These large rounds are designed to enable companies to invest in marketing. The pandemic year proved that it’s possible to sell technological solutions remotely, including from Israel, without physically meeting with marketing representatives. At the same time, it spurred companies to develop products that are adapted to these times, and are easier to install and operate without the need for onsite customer service support, something that has given young companies born into the social distancing era a clear advantage. Even when the stock market eventually corrects and the reverberations become felt in the private investment market, companies that have raised funds will be better equipped to cope with a dry spell. That is the rationale for why venture capitalists are keen to give more money to experienced entrepreneurs who have already founded and managed companies, like Wiz’s Assaf Rappaport or Fireblocks’ Michael Shaulov. It’s obvious that not all of those hundreds of Israeli cyber companies will survive or reach a significant scale. One of the main criticisms of the sector is the multitude of companies that operate in it. Israelis’ rich military background drives them to build their own startups, which often deal with a single product or feature. There is no justification for there to be so many and expectations of consolidations have been circling the sector for years. Today's acquisition scene is dominated by CheckPoint and Palo Alto Networks, which are buying up startups that are still in development stages. The main demand is for cloud-adapted security solutions as well as developers of solutions that protect home appliances like televisions and refrigerators. As more Israeli companies reach heavyweight class, they will step into the acquisitions ring, and will be doing so at a time of price corrections, which will make business deals easier to reach. In the meantime, everyone is enjoying the abundance of money that is circulating in the market. Opportunities for growth Nimrod Kozlovski, Partner & Head of Tech Regulation at the Herzog, Fox & Neeman Law Offices, believes that the Russian cyberattacks against the U.S. were a real game changer for the industry. He thinks the SolarWinds incident is connected to other factors which will lead 2021 to be a record year in the cyber war, where awareness and the need for defensive solutions will increase, and enable the Israeli industry to leap forward. “The SolarWinds incident came amid a crisis of confidence between the East and West over technology,” Kozlovski says of the attack. “In the past, no one asked where a software’s source was or who was behind this or that innovative technology, but now there is an understanding that technology is a means of control. Americans understand that the Chinese are collecting information about their children through TikTok, and that has been translated to boycotting certain technologies and even enacting sanctions,” he says. 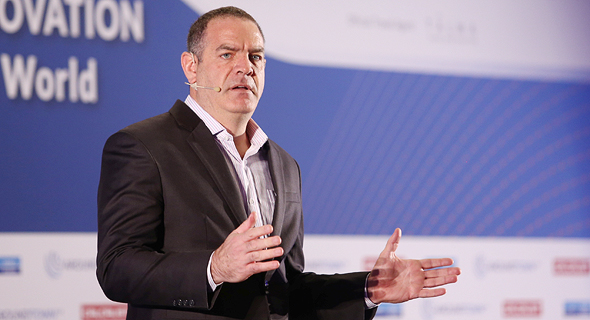 Nimrod Kozlovski. Photo: Orel Cohen
An additional factor is the shockwave of European legislation through GDPR (General Data Protection Regulation) laws which require new procedures for protecting privacy and information. “These shockwaves require companies to change their security practices. Therefore, restrictions on processing information and storing it are suddenly clashing with many acceptable activities that rely on sharing and monitoring information and the overall concept of privacy is changing,” he said. Another factor that can be taken into account is the extensive changes that organizations are undergoing as a result of the coronavirus pandemic. “Many organizations like hospitals or local authorities, who hold vast amounts of data, have gone digital without being fully prepared and have become a target for cyberattacks. Prior to the pandemic, hackers had a sort of ethical code, and there was a nearly romantic assumption during the beginning of the pandemic that solidarity would prevail in light of current events, but the world proved that wrong,” he continued. “Even when it comes to protecting employees working on remote computer networks, some entities weren’t prepared from a cyber perspective. Security protocols were built around working in an office, and hackers took advantage of the weakest link in unprotected home computer systems. Now, organizations find themselves with many questions over how to protect their enterprise security systems.” According to Kozlovski, Israel is more of a tool provider and less of a target. “If you discount attacks between countries, most of the cyberattacks were against large Western companies, and we aren’t particularly interesting in that sense. In contrast, our cyber industry has a huge advantage because we’ve always retained the ability to build intelligence and data systems. Every year, the Israeli military trains thousands of cyberists and there is almost no other country that does so. Over the last few years, a lot of money has been invested here and many companies were founded, so that many of the products are already mature. In addition, the industry has improved, and the pandemic actually assisted Israel with sales that are now being done remotely, and also because most of the Israeli cyber industry is based on services and not physical items. We’re already seeing an increase in exports,” he says.