Continuous debugging and observability company Lightrun has announced a free and self-service version of its debugging solution for developers. Lightrun Cloud can help developers get up and running in roughly five minutes, claiming it is the easiest and most powerful debugger available.

“Distributed frameworks are the cornerstone of the most interesting cloud-native development use cases today, but all of these frameworks also carry their own complexities and opportunities for user error,” explained Ilan Peleg, co-founder and CEO of Lightrun. “Lightrun Cloud is a free SaaS offering that gives developers the easiest way to isolate bugs in running production systems -- everything from logic bugs based on developer error, to system-related bugs based on cluster deployment and configuration. These are the types of bugs that are extremely difficult to find, but increasingly common while orchestrating these complex distributed systems.” 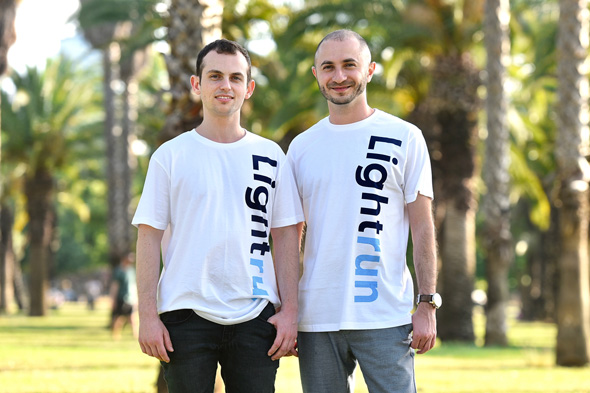 Lightrun founders Ilan Peleg and Leonid Blouvshein. Photo Tomer Rotenberg
Lightrun specializes in giving developers observability into running code and pinpointing specific issues directly within the IDEs and CLIs they already use. Lightrun Cloud, however, is optimized to debug more modern architectures such as containers, microservices, and serverless, where it is more difficult to spot and reproduce bugs in production. Historically, observability into production applications relies on collecting massive volumes of logs, storing them, and then analyzing them through application performance monitoring tools (APM). Lightrun Cloud was designed to invert that model, giving developers ‘shift left’ observability from tools they already use, thus not needing to log everything and then work backward. The new invert allows developers to ‘own’ their own debugging progress by adding log lines to running applications, ultimately cutting operational and observability costs. “Lightrun has been a game-changer for us,” said Rami Stern, R&D infrastructure team leader at Taboola, a content discovery platform. “With Lightrun we shortened our development process significantly by skipping iterative deployment cycles when adding logs and metrics. A day’s work turned into just one hour. Lightrun provided us with new observability into our production environment that was not accessible to us beforehand. Lightrun is a key component in our developer toolset here at Taboola and one of our development best practices.”
Related Stories:

Organizations and development teams that have adopted Lightrun generally use Docker and Kubernetes, Spring Boot, Tomcat, Jetty, microservices frameworks like MicroProfile and Quarkus, and frameworks in big data and stream processing like Apache Spark and Apache Flink.

Lightrun is based in Tel Aviv and was founded in 2019 by Peleg and Leonid Blouvshein, who serves as its CTO. It is developing an infrastructure that helps developers insert read-only code into production environments in real-time, creating ‘shift left’ observability. Its customers include Taboola, Sisense, and more. The company has raised a total of $4 million in Seed.