Saffron is considered the most valuable material in the world. This company intends to grow it themselves

“We felt that there’s no one in the world that grows saffron in vertical farming machines,” said CEO of Saffron-Tech, David Freidenberg. “That, by itself, is unique.” The company, which was founded last year, has patented a technology that measures the exact parameters to grow Saffron in a controlled environment locally in Israel - instead of relying on importing it from Iran, where 95% of it is grown and exported. 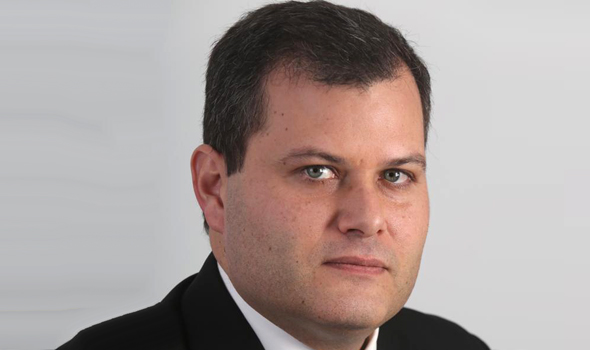 CEO of Saffron-Tech, David Freidenberg. Photo: Saffron-Tech
Saffron is valued at roughly $10,000 per kilo, making it one of the expensive materials in the world and earning it the nickname ‘red gold’. There are a few reasons for this: the spice has a myriad of uses, such as flavoring, dyes, or even for medicinal purposes. However, the work required to extract the needed amount from flowers is incredibly labor-intensive, and requires 150,000 flowers, with a total of 450,000 strands, to produce just one kilo. Not to mention, it takes an entire year to grow and so there aren’t many new harvests to export each season. Currently, farmers need to rely on a lot of space, a lot of time, and a lot of labor for one small kilo. Enter Saffron-Tech. The company is already sitting on a patented technology that can take the bulbs of Saffron and learn how to grow them in controlled vertical farms, tending to them with the exact temperatures, climates, water usage, and sunlight, with the hope to speed up the harvest to produce three cycles a year. “Once we have control of the parameters, we believe we can grow saffron a few times a year, not just once,” Freidenberg explained. “We can manipulate what the plant thinks is happening. We believe we can make saffron grow three times a year, and we think the quality will be at the high-end level.”
Related Stories:

Saffron-Tech is a wholly owned subsidiary of Seedo, whose activity was sold to a third party that was designing a personal fridge able to grow cannabis at home. Even though the first idea didn’t work out, the company invited Freidenberg to join and brainstorm for other uses they could deploy their tech.

According to Freidenberg, Seedo wanted to stray away from Cannabis but still wanted to remain in agtech. “We searched for a growing market not addressed by vertical farming yet,” he told CTech. “We did research and hired analysts for a few months which took time. We found out there are a few high-end growing, interesting areas, but not touched yet. One of them is saffron, which as we know is very famous, and expensive.” Partnering with another company, Grow In, it currently licenses its existing technology to deploy at vertical farms which are needed to grow the material. One day, it plans to harvest the plant on its own farms once it perfects the process. 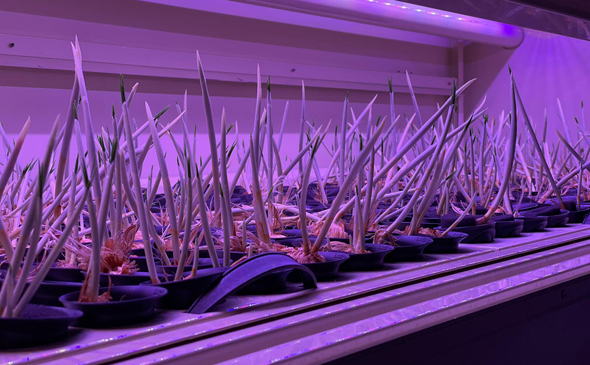 An example of one of the vertical farms. Photo: Saffron-Tech
Saffron-Tech is currently conducting three experiments to make sure it has the technology and resources available to grow Saffron multiple times a year. The first is at Grow In, with smart shelves that can control the plant, its minerals, and the amount of light it gets to grow. The second is a location in Rishon LeZion, and the third is an agricultural facility in Rehovot. By completing the parallel tests with bulbs the company purchased from the Netherlands, it hopes to find the perfect way to grow it by the end of the year. “We will continue the research and Proof of Concept… and then we will build our own vertical farm, and then address the high-end niche within the food industry but also the food supplement and farmer industry,” he explained. “Those are our targets. We are going to grow quickly. There are farmers around the world that want to build according to our way.” Natural questions arise about the value of a material when its production can suddenly triple, saving labor costs, space, and physical space. When it becomes easier to produce and is more accessible to the consumer market, the cost will drop. It’s the same reason why sand is cheap but diamonds are not. “It’s true we’re gonna have more saffron in the market, but it will be better saffron,” Freidenberg explained. “I don’t think the price will be influenced by the demands and requests.” Saffron-Tech raised an initial NIS 5 million ($1.5 million USD) in 45 days through crowdfunding, a figure Freidenberg told CTech was “the most successful equity crowdfund in Israel.” The money is currently being used to complete the Proof of Concept before speaking to strategic investors for the commercial phase.
Buzz