Should Israel be at the forefront when it comes to the adoption of digital currency solutions?

Central banks around the world are coming forward with papers to say they are looking at the possibility of Central Bank Digital Currencies (“CBDC”) and the Bank of Israel Steering Committee came out with its paper last month on the potential for issuance of a digital shekel. Here we look at the implications of CBDC for the Israeli economy.

TAGS:
Interest in CBDC has increased significantly over the last few months as most of the leading nations (and some smaller nations and island states that arguably have a more immediate and measurable interest in going digital) have presented analysis and consultation on the relative merits of digitalization of the currency. In all cases, there is a recognition of the significant benefits that digital currency could bring whilst also highlighting that it would need to be done carefully and in a way that does not result in the introduction of unnecessary risks. What is clear, however, is that while the papers make strenuous efforts to say that they are only considering the options - in an increasingly digital age it is almost inevitable that CBDC will be introduced. This is largely due to the increased opportunities for efficiency and reduced costs whilst reflecting the way people and businesses transact in modern times and the requirements for improved speed and functionality. Countries are really looking at the distribution and delivery mechanism to see which would work best and be most widely accepted. 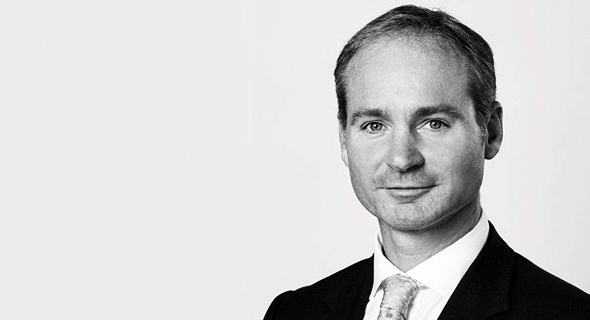 The paper recognizes two basic forms of issuance: (i) account-based (the currency is recognized as a holding in an account or wallet – but does not otherwise exist); and (ii) token-based (where the token is created representing the value unit of currency). For central bank-issued currencies, the requirement to comply with identification requirements means there is unlikely to be freely transferable tokens with full anonymity and therefore the paper recognizes that even tokens will have characteristics of accounts-based instruments due to being held in approved or recognized digital wallets.

Some of the key benefits to a country such as Israel are identified as follows: (i) CBDC provides an efficient, advanced, and secure alternative to payments based on bank money. Similar to cash payments digital payments can be made simply, directly, and with zero costs. This puts pressure on the current inefficiencies of the bank payments system. If an efficient mechanism is not offered then customers will move to improve stable-coin offerings and alternative country digital currencies potentially undermining the importance and use of the national currency; (ii) the development of distributed ledger technologies (“DLT”) allows for advanced payment applications through the use of smart contracts which increases the functionality of money beyond a simple means of exchange. This could allow built-in controls for example that only complete transfers when certain conditions are met (more efficient delivery vs payment mechanisms) or more advanced applications where for example money seeks out optimum returns. We really could have money working for us even when asleep; (iii) increased efficiency and reduction in the costs of cross border remittances; (iii) improved mechanisms for tracking payments in order to avoid money laundering, tax evasion, and criminal activity; and (iv) reduced exposure to credit and other risks on financial intermediaries and an alternative to redundancy and breakdowns in existing payments systems.

In fact, most of the arguments against CBDC may be due to it being too efficient. For example, we may need to build in some low payments threshold to allow some level of anonymous activity to encourage take-up and recognize privacy as tracking every transaction may otherwise be too oppressive. Recognition of rights to privacy are rightly recognized in the paper. Involving banks and other existing payment entities may be important to avoid disintermediating them entirely which could result in undermining other forms of payment and the credit industries. In my view, however, these organizations are more likely to benefit from a greater focus on the application and use of money by creating more and better services if the responsibility for processing and the burden or an outdated approach to KYC is removed and replaced by an efficient State-recognized digital identity system.

Israel is looking at a retail CBDC option rather than a wholesale CBDC. This is a mechanism where people will have access to a digital asset backed by the State. A wholesale CBDC option looks at digitalizing transactions at a business or largely bank to bank level. The popular approach and the direction that seems to be preferred is for a two-tier model whereby the State will not issue currency directly to the public but rather will use the existing banks and payment bodies as intermediaries to interface with the general public and carry out the necessary KYC and account management functions that the State would not typically participate in. Taking this approach, the Bank of Israel will provide digital shekels to the private sector “payment service providers” such as banks, credit card companies, fintech firms, and domestic or international technology or finance firms provided they meet legal and regulatory standards required by the regulator and government authorities. This essentially involves these bodies acting as an interface rather than as a third-party intermediary with a credit or balance sheet exposure.

There is certainly a serious and positive case made for the introduction of CBDC in Israel and as a country with a stable economy and an advanced approach to technology, the opportunity for combining this with other technology features such as digital identity could make it an ideal pilot for testing the efficiencies and operation of advanced digital currencies.

Martin Bartlam is the Global Co-Chair of the Fintech practice at DLA Piper.