By being the middleman between follower and creator, Wisio hopes to harness the ‘Exclusive Attention’ industry

The world of social media is becoming a place where billions of people are following and admiring millions. A conservative estimate of 50 million content creators are out there seeking the attention of views, shares, and likes - and yet there is no way for these creators to form meaningful or personal relationships with their audiences. Wisio, a platform for personalized content from social media content creators, hopes to solve this problem by “monetizing attention authentically.”

“The post-Covid generation is a lonely generation that is seeking attention from people they follow on the web,” explained Wisio CEO and co-founder, Adam Frank. “This is what we’re seeing. A movement coming from the followers to the creators trying to get more and more of their attention and there is no way to do it. Creators must have a place to offer attention to their followers - it’s inevitable that this will be the standard in the future.” 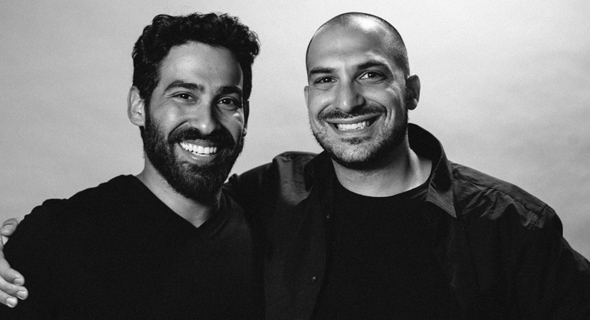 Wisio co-founders Adam Frank and Idan Maor. Photo: Wisio
Wisio is an independent platform that prides itself on being entirely separate from platforms like YouTube, Snapchat, or TikTok. Influencers can register as a creator and share a link to their profiles to their followers on other platforms. Followers can then pay to send a two-minute video seeking advice, guidance, or feedback on a variety of topics or industries. Launching in 2020, Wisio already has thousands of creators offering personalized videos about singing, mentoring, art criticism, or even dating advice. “Followers today aren’t seen, they’re likes. They’re views and likes out of millions,” Frank continued. “We built something that lets creators offer personalized attention to their followers through interactions.” Frank met his co-founder Idan Maor at the Hebrew University, where they both studied computer engineering and computer science. Struggling to keep up in class, they turned to YouTube tutorials to fill in their knowledge gaps. They were disheartened after the YouTubers they followed failed to respond to requests to clarify some of their content - a position that Frank himself would eventually be in. Following a self-confessed “early midlife crisis,” Frank became a Ninja Warrior and noticed a trend as he posted photos and videos about his exercise and travel routines - a myriad of questions coming in about his life without a way to manage it. “I got a few thousand followers who started asking me real questions wanting my time, my attention, my feedback... I didn’t know how to manage these questions or deal with those approaches from my followers, so I ignored everything... And this was exactly what the YouTubers were doing to us when we tried to approach them!” Wisio lets creators charge followers for responses to these questions. Followers can record a quick video or write a short message to these followers for a fee set by the influencer. Then, they can choose whether or not to accept the payment and record a button. Amazingly, young people (19-44) are spending roughly $40 on these micro-snippets of validation - with 20% going to the Wisio team.
Related Stories:

According to the duo, the first few months have been “amazing” and “outstanding”, with the PoC validating the fact that from the users who have already taken part, the average price they’re willing to pay is $32 to hear from their favorite creator, and 50% use the platform more than twice. To date, Wisio has 2,700 creators waiting to join the platform and already generated "significant" revenue, although they did not want CTech to share the exact number. The two also claim that this has been achieved without spending a dollar on marketing.

There are other platforms on the web that provide services similar to Wisio. ‘Fan Shoutout’ services like Cameo allow celebrities to record personalized messages to followers for a fee, and ‘Exclusive Content’ providers such as Patreon and OnlyFans. The ‘Exclusive Attention’ market that Wisio aims to create is not invincible against users who may use the platform for more nefarious reasons - like sexual activity or promoting violence. “At the end of the day, we are creating a new category of Exclusive Attention - it’s something new for all of us,” added Maor, who co-founded the company with Frank and served as its CEO until March 2021 when the two swapped roles. Today, he is its CPO. “The first thing is to identify that and identify our role in this market and take responsibility. I’m sure we will have a ton of challenges in making these decisions and we make sure to advise with the appropriate people from all sectors and our community. It’s about the community and the movement that is building with us.” Platforms like YouTube already have rules and practices to make sure the content posted by users is not offensive or dangerous. A new addition to the space like Wisio doesn’t have the technology or experience to make sure that content stays user-friendly, particularly if a large portion of its userbase is on the younger side. So it begs the question: why would people choose to pay creators large sums of money - with Wisio taking a large commission - on an untested and unreliable new service? “Social media platforms are the bad guys,” Frank said. “Creators do not want to work with YouTube, they hate YouTube. YouTube is taking their money, ruining their algorithms, ruining their reputation, ruining their views. Everything related to giving money back to YouTube, creators do not participate.” The disdain that creators have for the platforms that helped launch their careers is what makes Wisio attractive, and what the duo believes will help position Wisio as the middleman between creator and follower. “The good guys are the followers, this is what happens. Creators wanna be there for the good guys but they just can’t… they have no home,” Frank added. Currently, Wisio has $1.6 million in funding that it received from Fusion LA, Jumpspeed, Kinetic Ventures, Fresh Fund, Samurai Incubate, and OCS - Office of the Chief Scientist at the Ministry of Economy. The company is seeking a Seed round of $5 million to help automate some of its tech to help with onboarding and then conduct a marketing blast to bring more people into the world of Exclusive Attention. Today, Wisio is used by content creators, but there’s no reason why its future wouldn’t consist of CEOs, politicians, actors, or business leaders. “People are sick and tired of being views,” Maor concluded. “We see the transition from views into people, it’s something we’re excited about and something we are happy to lead.”