Israel's athletes ready to confront opponents at Tokyo Olympics, on the field and online

"We will provide the Israeli delegation with all the tools they need to keep them calm about their data, keep their head in the game, and help them focus on winning medals," said Eyal Gruner, CEO and Founder of cybersecurity company Cynet

TAGS:
While Israel's elite athletes make their final preparations for the Tokyo Olympics that officially get underway on Friday, there are those ensuring behind the scenes that their sensitive information is being kept safe from any hack or leak. Israeli cybersecurity company Cynet was selected by the Elite Sports Department Administration of the Wingate Institute and the Olympic Committee of Israel to lead the protection campaign for the Israeli delegation, defending the various electronic devices used during the games that contain sensitive information. The Elite Sports Department uses the Australian-based 'Smartabase by Fusion Sport' information system. This system manages the sensitive information of the athletes with regards to their general sports performance, as well as storing data on various tests that reflect their physical condition. The BI system analyses the data and presents the delegation's different logistical teams with information on training, nutrition, and various treatments athletes may require. All of this information is centralized in the cloud and accessible through the delegation's laptops and desktops. 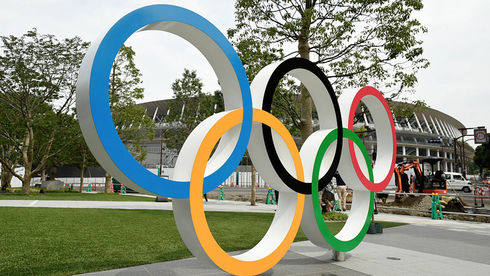 Tokyo Olympics. Photo: Reuters
Cynet has developed a unique ‘Extended Detection and Response’ (XDR) solution. The platform monitors and collects all data from the computers and the network, prevents breaches and detects threats, then automatically responds to them or alerts the Cynet 24/7 monitoring and response team. The solution has been implemented among hundreds of companies worldwide. "The Olympic games have always been a high priority target for hacker groups that want to disrupt the event in front of millions of viewers around the world," said Eyal Gruner, Founder and CEO of Cynet. "You can even say that these hackers are competing with one another to win gold medals of their own. Israel is under constant cyber threats and is especially sensitive to them during events such as this one. Events where Israel's enemies will do anything to disrupt our participation in the games. We at Cynet will do everything in our power to defend against these threats and attacks and do it with our own home turf technology. Our technology is the most advanced in the world, and these hackers will not know what hit them. Our biggest mission is for the Israeli delegation to enter these games without worrying about their cybersecurity at all."
Related articles:

Tomer Seker, Head of Strategy and Innovation at the Wingate Elite Sports Department: "The installation of the Cynet solution is yet another big step being taken by the Department, Wingate Institute, and the Olympic Committee of Israel to ensure that the Israeli delegation is secure. Cynet gives us the ability to defend the Israeli delegation against any threats to any sensitive information stored on their devices. In conjunction with upgrading the surveillance of the delegation logistical support system."