In his first public speech since becoming the head of SoftBank’s investment operations in Israel, Cohen told the Calcalist National Economic Conference that the local tech ecosystem is “21st century Zionism at its best”

TAGS:
"There is a lot of talk about two economies, the high-tech economy and the Israeli economy, and I believe that the great challenge of the State of Israel is to preserve the success of the high-tech economy and connect it so it will affect the entire State of Israel," said Yossi Cohen, the former Mossad chief, who was hired last month to head SoftBank’s investment operations in Israel. 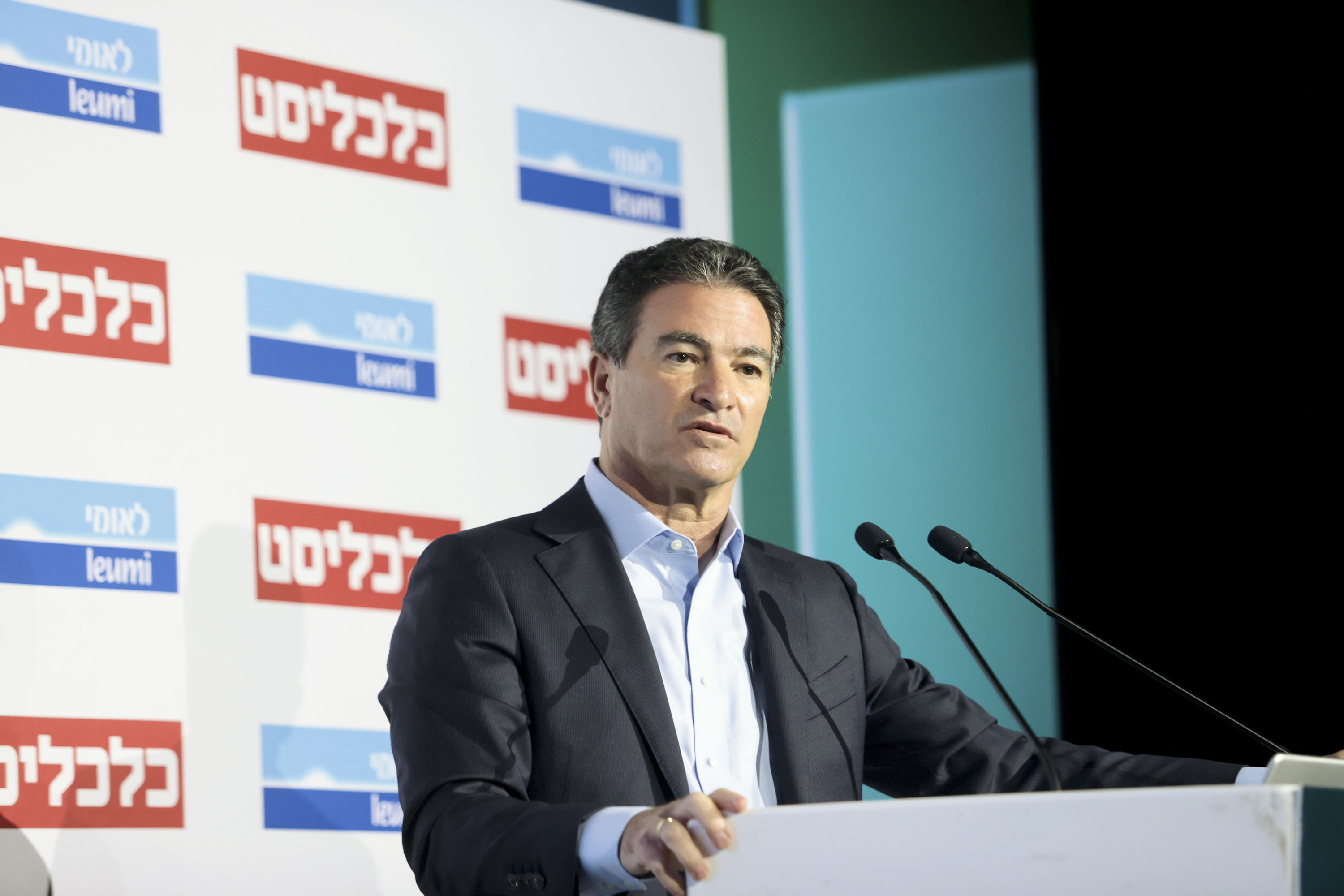 Yossi Cohen at the Calcalist Economic Confrence Photo: Orel Cohen
In his opening remarks at the Calcalist National Economic Conference, Cohen said, "This is my first civilian public appearance and I am very excited. Leaving the world of shadows for the visible business world involves many changes and challenges. Two months ago I concluded five and a half years leading the Mossad. I was there for 22 years, most of which in the field, in operations, and in command.” "Technology is integrated into all levels of Mossad work, which is, in my opinion, an innovative entrepreneurial and technological company. I am sure that my successors will continue to work in the future to maintain Israel as a leader in defense fields and maintain its technological superiority, which is a critical component of our security. I witnessed a need for a powerful connection between technology and operations, and how the former multiplies strength,” he added. Cohen, who recently moved into the growing high-tech industry, is in love with the field he is entering. "This is one of the most amazing years in high-tech," he said. "There is a fear of a bubble and we must be cautious. Even when the eyes are looking up, we must have our feet on the ground. However, it is important to say, the recent IPOs and acquisitions are based on the truth, Israel is based on true capabilities.” Cohen spoke about his new position at SoftBank for the first time since it was revealed last month. "One of my jobs is to run SoftBank in Israel. It is a very significant statement and it indicates the confidence of an investor of this magnitude in our country, its stability, and its technology. In my conversations with SoftBank executives, the feeling is that the human capital, creative spirit, academic infrastructure, and innovation, all bring the ability to produce a real change here.” "Israeli high-tech is here to stay" "The feeling that SoftBank people have is correct, an established industry has been built here with international connections and presence. Israeli high-tech is here to stay. Entrepreneurs are setting up a long-term infrastructure here, with its base here. The core of their R&D is here, and the industry is painted in blue and white. This is 21st century Zionism at its best. The strength of Israeli high-tech, as part of the power of the State of Israel, strengthens it at home and across the world, this is the reality.

"I love startups and am very excited about technology. In my previous role, I dealt with a lot of technology. Thanks to extraordinary people, very young, we are at the forefront of technology and constantly pushing the envelope. We have set up an investment fund unique to the Mossad called Libertad, combining a secretive organization with a private high-tech sector,” he said. “It created a massive new lab that does not deal with theory, rather with tangible problems and creates practical solutions.”

"The other side of the equation, which is no less important, is the world of civil technology. The two forces feed off each other, sometimes compete, creating a whole life cycle with the exchange of talent and knowledge from sector to sector, as it all blends into prosperity and development.” Cohen knows that the world is currently experiencing a revolution. "Until 2020 Israel was on an impressive ascent and everything was optimistic. The world was global, entrepreneurs and business people lived on planes, but then came Covid-19. The world has experienced tougher events, but the virus managed to do something that never happened before. The world stood still, countries shut down, offices closed and airports emptied. The pandemic claimed the lives of many people, the stoppage hit the economy and many lost their jobs, national GDP plummeted and many moved to work from home and the world moved to Zoom. Those who were used to traveling for work switched to the screens and here hid a surprise, while entire sectors were harmed, others managed to maintain their strength and even grow and expand, mainly in the high-tech sector. "Every business owner who ran into the pandemic’s concrete wall realized that there was a need to respond and adapt fast, the local grocery store started taking orders online, boys were recruited to work as couriers, the restaurants, who suffered a hard hit, reinvented themselves with dishes suitable for sending on Wolt. Fitness instructors switched to remote classes, and family doctors began treating over the phone. Businesses of all sizes have undergone a drastic and rapid change. As a country, we must lend a hand and help those who have difficulty meeting the challenge. Maybe the new budget will help us all embark on a new path," Cohen said.
Related articles:

"We must exhaust the capabilities within Israel, we must invest in young people from all sectors and from all regions, provide them with knowledge and industry, science and research tools. Jews, Arabs, secular and religious, all sectors. It requires investment and a long-term vision, national dedication, and determination. This is our future.”

"Israel has two economies, they say, a high-tech economy and everything else. There is a great challenge and it must not be ignored - the national challenge is that the success of the high-tech sector will not be confined and closed rather will affect the entire market. Even the large sums of money invested here benefit everyone. How do we bring high-tech to new geographical areas? The state and industry must join hands, work together and create employment and social mobility that will strengthen the technological sector and share its abundance in a fair and inclusive manner.”