In 2018, MyCheck investors, among them the supermodel, businessmen Eitan Wertheimer, Arieh Saban, and Yoav Harlap, lost their investments when the company went bankrupt. Now, its co-founders will receive $6.5 million in bonuses

TAGS:
Three-and-a-half years after the court froze the activity of fintech company MyCheck due to its NIS 4.7 million ($1.48 million) debt, two of its co-founders, Shlomit Kugler and Erez Spatz, will receive $6.5 million in bonuses from the Chinese Shiji Group, which acquired the company in May 2019. This is in spite of the company’s low valuation, according to an arbitration ruling recently granted by retired judge Daphna Avnieli. According to the arbitration, the actual valuation of the company, which squandered $20 million that was raised from investors of the likes of supermodel Bar Refaeli and businessmen Eitan Wertheimer, Arieh Saban, and Yoav Harlap - stood at $24 million in 2020, and in 2019 at $30 million. In other words, the bonuses that the two co-founders will receive - Kugler at $3.8 million and Spatz at $2.7 million - are equivalent to a quarter of the company’s actual valuation in 2020. 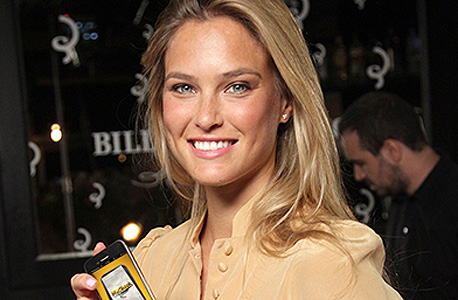 Israeli supermodel Bar Refaeli lost money to MyCheck after investing in the company and leading their campaign. Photo: Rafi Daluya
MyCheck was founded in 2011 by Kugler, Spatz, Tal Nethanel, and Asaf Talmor Wertheimer, (the stepson of Wertheimer senior who also invested in the company) after it developed a digital wallet. In 2012, it ran a campaign led by Refaeli, who also invested in the company through another company where she was a shareholder. After the company raised $20 million in 2015, it transitioned from developing payment services for end-user customers (B2B) to developing products for companies and businesses (B2C), or a payment platform for ordering services at hotels, restaurants, and other businesses. At the end of 2017, MyCheck experienced a cash flow crisis. The company turned to the Tel Aviv District Court and filed a request for insolvency. It claimed its debts stood at NIS 4.7 million ($1.48 million), among which it owed NIS 1.6 million ($496,000) to its suppliers, NIS 1.1 million ($341,000) to its employees, and half a million shekels ($155,000) to the tax authorities. Judge Eitan Orenstein approved the request in order to find a buyer for the company. In March 2018, a debt settlement was arranged, and the company was sold for NIS 4.6 million ($1.4 million) to OG Tech, which is held by businessman Eyal Ofer. According to the terms, nearly the entire amount, over NIS 3 million ($930,000), was allocated for employee salaries which ballooned since the company went bankrupt. The rest of the sum was slated for the company’s suppliers. In light of the amount, this meant that the previous shareholders had completely lost their investments. In May 2019, MyCheck was sold again, this time to the international Chinese company Shiji Group, which provides payment software for hotels, restaurants, and businesses. Co-founders continued business as usual to maximize profits According to the arbitrator, after the acquisition, Shiji prefered to allow the two co-founders to continue their positions at MyCheck - Kugler as CEO and Spatz as VP of Technology. This, according to the arbitrator, was “to maximize profits, even though Shiji had the option to take over management or merge it with its other companies. It was agreed that Shiji would allow Kugler and Spatz autonomous management throughout the end of 2020, and would avoid intervening in company matters in order to maximize its expected profits from its operations.” As part of the acquisition, the company signed bonus agreements with the two co-founders. The stipulated formula stated they would receive 12.3% (7.18% for Kugler and 5.12% for Spatz), derived from the difference between the company’s projected valuation in 2020 and that of 2019. “The rationale behind the bonus,” the arbitrator explained, “was as long as the company’s earnings in 2020 would exceed those of 2019, the two would earn the bonus.” The co-founders feared that the buyer would intervene in company matters against their will. Therefore, the bonus letters determined that if Shiji breached the agreement and intervened, such actions would be considered “acceleration events,” and the two co-founders would each earn their bonuses. The determined sum was the difference between the projected valuation in 2020 ($88 million) to that of 2019 ($35 million). Despite the fact that the actual valuation was derived from the revenue, Shiji claimed that it later discovered that the sum was much lower, $24 million in 2020 and $30 million in 2019.

The main dispute that arose between both parties, the arbitrator said, was that if Shiji violated the agreement and intervened, an "acceleration event" would be created, and the two would receive their promised bonuses. In an affidavit filed by Kugler, she claimed that the Chinese company executed the merger and appointed a CEO who counteracted her authority. She also claimed that immediately following the acquisition, Shiji began to grossly intervene in the company’s sales proceedings, in its product sales, work, manpower, and demanded budget cuts.

Incidentally, it wasn’t just the two co-founders who brought up these claims. L.Y.N. Innovation and businessman Eli Elroy, who controlled MyCheck at one stage, also received similar bonus promises. In a separate arbitration, they also claimed that Shiji intervened and that this was considered an “acceleration event.” In the end, those parties reached an agreement where the sellers were paid $30 million.
Read More:
Shiji claims the bonus demand is “baseless and extortionist” Senior Shiji executives filed counter-affidavits against the two co-founders, including against the VP of Operations, the CEO of the daughter company, and the Shiji VP of Finance, rejecting Kugler and Spatz’s claims, and calling the demand for bonuses “baseless and extortionist.”

However, the arbitrator accepted part of the Israeli co-founders' claims about Shiji’s involvement, and determined that those were acceleration events and granted the two bonuses. According to the ruling, the Chinese company conducted an internal merger of MyCheck, and appointed a new CEO that counteracted Kugler’s authority. The appointee, it was determined, not only performed actions without consulting Kugler prior, but after the company was sent a warning email that this is unacceptable conduct and qualifies as an acceleration event, the new CEO was told to halt his activity until the end of the period of restrictions set in the contract.

“Examining the individual events shows,” the arbitrator wrote, “that in certain circumstances these were considered acceleration events as defined in the bonus letters: demands for budget cuts, product pricing, and lowering prices up to 50%. These were demands and guidelines that were designed to limit the co-founders’ freedom of operation and the company’s right to manage as it did prior to the merger.” In the end, the co-founders’ claims were accepted. “I have reached the conclusion that the bonuses must be calculated based on the figures that were represented by the data, and in accordance with the agreement of both parties, according to the projected valuation of 2019 compared to that of 2020,” the arbitrator determined. The derived bonuses, according to the calculation, are $3.8 million for Kogler and $2.7 million for Spatz. Shiji did not accept the arbitrator's ruling. Last week, it appealed to the Tel Aviv District Court and asked to cancel the ruling. It claims that even if those were acceleration events, no damage was caused to the company, neither to its revenues or valuation, but the opposite transpired and new customers have joined its services. “One must also look at the final obtained results,” Shiji claimed. “Both employees, who were meant to receive bonuses based on their success in boosting the company’s valuation, are meant to receive a payment that is over 27% of the company’s entire valuation. Even though the company’s valuation in 2020 was $24 million, according to the affidavit of the CFO in Shiji, the arbitrator is now granting them over $6.5 million. How is that possible?!”
Buzz 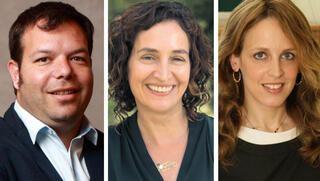 The fairytale story of a $500 million payday
Recommended videos