The startup dilemma: Bet on yourself or take the money

The rising salaries in the tech sector lower the incentive for some to build new companies. “Many prefer to go to the big corporations and not go on their own”

The truly fantastical salaries in the high-tech sector are reserved for the greatest technological talents. For the people who have unique innovative abilities, who manage to solve problems no one else can, the sharpest technological minds in the ecosystem. However, those are also the same people who could set up their own start-up. These people are the solid foundation of the startup nation.

When the dilemma is between a 10% chance of success founding a company and a huge salary plus options, many of them prefer to go for the guaranteed money. "When you have the option to go to work at Amazon, Google or a startup that raised $100 million, without taking the risk involved in setting up a startup, many prefer to go to the big corporations and not go on their own because their chances of success are much smaller. So they prefer to play it safe. If you give them a salary of a million or a million-and-a-half shekels plus options, at some point they cave. It is very difficult to compete with that," said Adv. Yuval Lazi, a partner at Barnea Law Firm.

Yuval Lazi, partner at Barnea Law Firm Photo: Nimrod Glickman
According to data from the Israel Innovation Authority since 2014, a year in which 1,404 new start-ups were set up, there has been a steady decline in the number of new start-ups being founded, with 2020 being the low point with only 520 new start-ups launched.

According to Lazi, the high-tech sector has slowed itself down, and one of the factors curbing the entrepreneurial spirit is the constant rise in salaries. "The R&D centers of 400 international companies have led to entrepreneurs no longer having the incentive to build a start-up when they can earn huge sums from the corporations," he said.

But there is something in the entrepreneurial nature that seems to go on against all odds and despite the difficulties. "A person who is bought with a high salary is not an entrepreneur by nature," says Nimrod Cohen, CEO of TAU Ventures investment fund, "certainly not for long. Those who choose the path of entrepreneurship with the aim of making more money will probably fail, but those who have entrepreneurship burning in their bones and want to influence the lives of many people - are priceless, and it will not matter what salary they are offered and how big their lunch can be or what car they could buy." 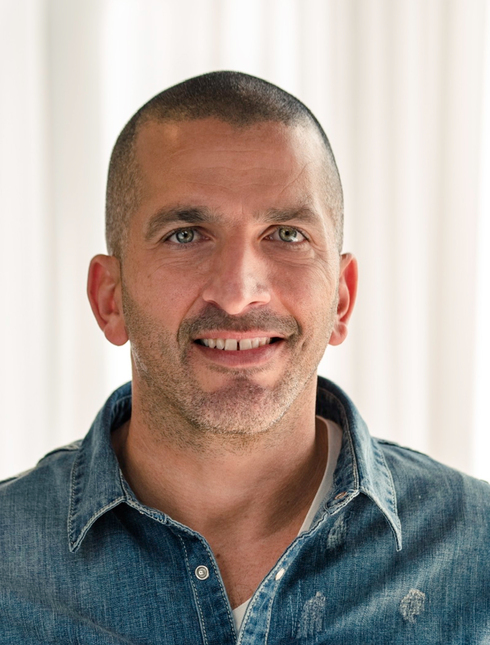 Nimrod Cohen, CEO of TAU Ventures investment fund
Cohen, on the contrary, thinks that there is too much pressure on Israelis to set up a start-up, even though it is not suitable for most people. "There is something very extreme in Israel that if you work for a large institution, the whole environment pressures you to set up a start-up, while in most places in the world people will tell you that you are crazy to leave to set up a start-up," he added. The problem, in Cohen’s opinion, lies in the difficulty of raising funds in the early stages. According to a report by the Innovation Authority, the number of investors taking part in initial rounds, and especially in the seed stages, has been declining in the last two years. “Many $100-$200 million funds were founded recently. Such funds cannot invest half a million or a million dollars during their day-to-day work, because they cannot invest in hundreds of companies. If an entrepreneur wants to raise three million dollars and wants an entity to lead the round he will have a hard time finding that as there are almost no entities who do that. It is more difficult to raise the initial money because there is a lot of 'stupid' money and the value of these investments to companies is low," he noted. Another problem affecting young startups and caused by the rising in salaries is that new companies are required to raise more capital to get started and to hire their first employees. "Once upon a time, the ‘friends and family’ phase would hold a start-up for a long time. Today, it is difficult for those entrepreneurs to recruit a managerial tier and good employees because the competition is simply so big," said Moshe Sarfaty, managing partner at Aristagora Venture Capital fund.
Related articles:
The first casualties of this new reality are the young entrepreneurs whose chances of success are already lower. "It is the young entrepreneurs with an idea in the initial stages. No one knows to predict who will survive, those who manage to bring in better or more expensive employees increase the chances, but it could be a start-up set up in a basement in Beer Sheva that proves to be an excellent start-up," he added. And, there are the entrepreneurs who are in their thirties and forties who are already after several years in the industry and are interested in setting up their venture, for them, the dilemma becomes more difficult. "When the paydays are so big, those who raise three children will think twice about starting a start-up. They think seven times before moving on to a start-up, NIS 500,000 a year ($150,000) times five years - they do the math," said Sarfaty.
Buzz