The fund will support the projects and work of in-game app creators, authors, and game studios

TAGS:
All-in-one platform Overwolf, which helps creators to build, distribute, and monetize in-game apps and mods, has announced the launch of its Overwolf Creator Fund. The $50 million fund is solely dedicated to community-created experiences in gaming. It is understood that it will support the projects and work of in-game app creators, authors, as well as game studios who intend to integrate mods into new titles. “Everyone wins with community-created experiences,” said Overwolf CEO and Co-founder, Uri Marchand. “Gamers get in-game apps and mods that make gameplay more exciting; the creators of these in-game apps and mods can turn their passion into a profession, earning a sustainable income for their creations; and game studios enhance their games by outsourcing content creation to talented and passionate gamers, maximizing shelf life and engagement.” 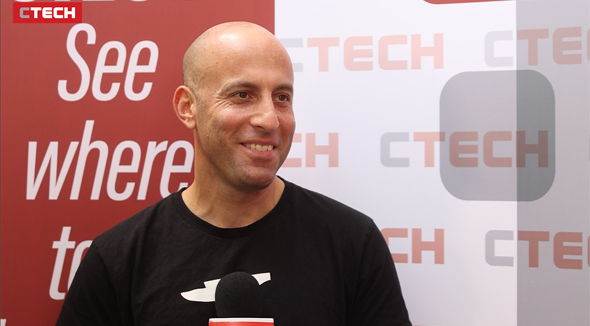 Overwolf CEO and Co-founder Uri Marchand. Photo: CTech
Overwolf has stressed the significance of community-created experiences, with Marchand calling them “a critical part of gaming” to extend the longevity and engagement of games. ‘In-game creators’, a term coined by the company, will receive funding and also gain access to mentorship, acceleration, and marketing services. “Developers will need to harness its power to thrive in the next era of games,” Marchand continued. “We are thrilled to be able to support both sides of the marketplace, in-game creators and games studios, by launching a new $50 million fund that will lay the groundwork for a new era of participating in AAA game creation.” As well as providing support for in-game creators, the fund will also invest in studios creating new games that will incorporate community-created mods into their titles. The first studio to receive funding from the Overwolf Creator Fund is Stray Bombay, a cooperative game studio led by Chet Faliszek, for its game title The Anacrusis. It is a four-player, co-op first-person shooter designed to be both a play and social space, scheduled to release at the end of 2021.
Related Stories:

“We are excited to work with Overwolf as they share our vision for user-generated content,” commented Chet Faliszek. “They understand the importance of integrating player-created mods, maps, and cosmetics in The Anacrusis. For us, it's about much more than just adding content to the game—it’s about empowering creators to become involved with the development of the games they love.”

Overwolf was founded in 2009 by Marchand and Alon Rabinovitz, who serves as its VP Product. To date, the company has received more than $75 million in funding to help its app development for PC gamers. Its all-in-one platform is used by 20 million monthly active users and 30,000 creators to help them ‘make a living doing what they love’.

Watch an interview with Marchand in the video below: