We asked: 'What was the biggest moment for you this year?'

TAGS:
Ahead of the holiday season in Israel, CTech asked 19 tech leaders across the country to answer one question: 'What was the biggest moment for you this year?' Yesterday, we published the first half of the series. Below you can find Part Two of our answers. 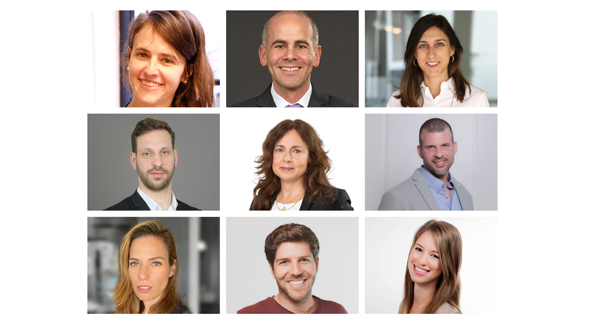 "This was a record year for IPOs and SPACs within the tech arena. This has the potential to fill the pockets of local investors and employees. But there is another side to it that is less spoken of - Hippo is a great example of it - the transition from a company backed by VCs to having thousands of shareholders, with whom communication is not direct. This brings me to the main point - the change in the consciousness these companies need to make, from the level of management to all levels. Only a few Israeli tech companies have succeeded in recent years as public companies for that reason. Following this past year, I look forward to many good ones joining."

"One of the most powerful moments for me in the tech community this past year was when two Israeli companies were simultaneously going public on the same day, SimilarWeb on NYSE and Global-e on Nasdaq. We all know and feel that the Israeli tech ecosystem has catapulted to levels beyond what anyone could have expected. And we’ve become spoiled and used to seeing great news almost on a daily basis, about this mega round, acquisition, or successful public offering. But to see two public offerings from Israel going effective on the same day on the two leading global markets felt very special and unique, and made me incredibly proud of what this market has accomplished."

"Japan continues tightening business relationships with the Israeli hi-tech sector, with investments and partnerships blooming through around 40 Japanese investment arms. Cyber, fintech, and automotive were the leading segments this past year, with new Japanese players such as NTT corporation and Aristagora VC entering the scene as part of the rising interest. As an innovation arm of a Japanese corporation operating in Israel for the past three years, we couldn’t be prouder of this year’s achievements, including our commercial partnerships with Parametrix, Via, and Planck and our new service to support enterprises fighting the pandemic, backed by Binah.ai, which has received the Good Project Award 2021 in Japan." 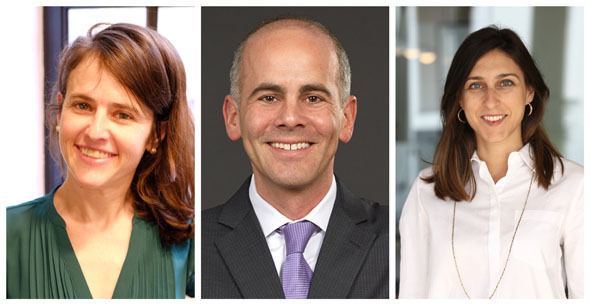 “One of the most significant trends that really accelerated this past year is tech companies going public, enabling the public to be a part of growing (Israeli) tech companies. This also gave a major boost to the tech industry, from the inside and out. Another very important change in people’s mindset is related to virtual meetings. We all did it when it was the only way, but then we became used to it and understood that it is actually a good and convenient alternative to face-to-face meetings that could also be used to close deals, even global and very large ones.”

"This year, like the previous one, saw a dramatic surge in foreign and local investments in hi-tech startups and in more mature companies. This is a manifestation of the sector’s growing global reputation and its maturity. However, under the overarching impact of Covid-19, Israelis, like their counterparts worldwide, are struggling to cope with a much more volatile and unpredictable business environment. While the influx of capital is obviously a blessing for our industry, it is also a significant risk. The temptation for short-term profiteering is significant, and it might cloud the judgment of investors and entrepreneurs alike. Prudence is key."

"The significant event that happened in the past year is the entry of technology companies and unicorns into SPACs - some of which with a too high value that reflects multipliers that the capital market no longer likes to sustain. Hippo is a classic example - the company entered a SPAC in an era where revenue multipliers have widened, but in just two weeks since the merger, Hippo has experienced a 60% drop in its market value. This is a significant event in the SPAC industry that shatters the idyll around the phenomenon, and even signals the saturation that investors are experiencing in SPACs trading approvals. I believe that only after releasing the block of institutional and original owners can a real turnover in securities be seen, that will establish the true value of the company."

Eyal Hoffman, Adv. Gail Etzion, and Ran Tzror. Photo: Israel Hadari, Studio Thomas, and Tal Cohen
Adv. Yael Shimon-Many, Senior Partner in the Hi-Tech Group at Pearl Cohen law firm:"This has been the year of great breakthroughs for women in the Israeli high-tech industry. It started with Walmart’s acquisition of Zeekit, founded by Yael Wiesel, and continued with three women-founded companies becoming Unicorns: Papaya-Global (Eynat Guez), Sunbit (Ornit Dweck-Maizel), and HoneyBook (Naama Alon). We also witnessed significant fundraisings closed by women-founded startups, including Snappy, Hello-Heart, Sam, Parametrix, Tarsier-Pharma, Toya, Feezback, and more. There is no doubt that these are the fruits of hard work done over the years to promote equality in the industry, and it is only the beginning of many more to come." Gilad Fisher, Marketing Director at Addionics:

"I think the most important event of the last year is the deep global understanding of climate change, which inspired numerous entrepreneurs to do something. It's not just about creating a company, it's about creating a technology that would make our lives better. Venture capitalists are expected to complete $7.7 billion worth of cleantech deals in the U.S. this year and add the support of governments and the EU that are investing alone 1 billion euros a year to reach climate neutrality in 2050. I do see this trend continuing and we are proud to be part of the industry (batteries and energy storage solutions) that will lead to full adoption of EVs and reaching 100% renewable energy production."

"This year, reality has brought a major boost to the digital transformation in the workplace, especially in the fields of HR and Happiness Management, working to find digital solutions to strengthen employee engagement from afar. At BUYME, we’ve seen a positive change in the receptiveness of Chief Happiness Officers to adopt digital technologies and implement a wide range of employee welfare management platforms. Creativity in the reasons benefits are given has increased massively, as, for example, digital gift-cards are given for new and unique reasons such as family bonding activities and wellness awareness, all to encourage employees to maintain a work-life balance as well as feel appreciated and valued.”