“Only God can align the stars like this,” said Giora Yaron, founder of Itamar Medical, which was named after his fallen brother, and acquired by ZOLL Medical days before his memorial

TAGS:
"What are the odds that a company called Itamar Medical, named after my brother who was killed in the Yom Kippur War, will be sold on the eve of Yom Kippur, the day before going up Mount Hermon in his memory? Even a heathen like me begins to believe there is a God." Giora Yaron, (73), is the founder and chairman of Itamar Medical, which was just sold for $538 million in cash to Japan’s ZOLL Medical. He holds a 6.1% stake in the company and is expected to receive about $100 million for the value of the shares he owns. In an interview with Calcalist he talks about the past and future of Itamar Medical, which developed a digital platform that focuses on home-diagnosis of sleep apnea and a non-invasive device called WatchPAT, used by patients and medical centers. The company is publicly traded in Tel Aviv and New York. 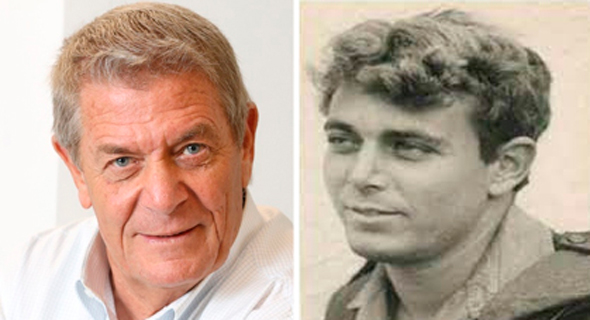 Itamar Medical founder Giora Yaron (left) and his late brother Itamar. Photo: Elad Gershgoren
Itamar Medical’s acquisition comes as it displays low growth in sales and is still recording a loss (according to its financial report from a month ago, Itamar Medical’s revenues in the first half of 2021 were $24.5 million, and the operating loss was $9.9 million. The company invested a lot in manpower to boost sales but this fact also led to an increase in loss). How long has this deal been cooking? You managed to keep it a secret

"The work on the deal has been going on for a good few months. I went through rigorous training at the Air Force, including captivity scenarios, even if you tie me upside down I would not tell you a word. I was not able to talk about it ahead of time, so naturally, I did not talk."

How was it born?

"We sell equipment to sleep doctors, but it was clear to us that we need to break through in a larger field, and that was cardiology. If you do not sleep well, and you have areas in the heart muscle that do not receive oxygen properly, then the heart tissue begins to tear,” he said. “In the U.S. we only have 40 people involved in sales, while ZOLL has 700 in the cardiology realm alone. If the merger will work well, you have 20 times more salespeople who can sell the product, which should bring more work and more sales. There are a lot of 'ifs', but if it is managed correctly, not only would it not cause a reduction in activity, rather, it will be a positive boost for Itamar Medical."

The amount is very high relative to a company with little sales growth and that is not profitable. You've captured a nice niche, but you haven't been a prominent member of the other tech companies. How did this happen? "ZOLL has acquired in recent days a company called Respicardia, a Minneapolis-based company that does implants that solve some of the problems of sleep apnea events. With possibility of commercial collaboration, in which they will sell our product to cardiologists. They explained - we don't know how to sell someone else's products because it doesn't have enough profit, but they said that they would look, and if that's interesting enough for them - we'll buy you. They started studying the company, and at the end of due diligence of a few months - yesterday it was all over." This value, 50% above the share price on the eve of the announcement, is because of the synergy with the other company ZOLL bought? "The value was determined based on the target price given by 6 Wall Street analysts of above $30." 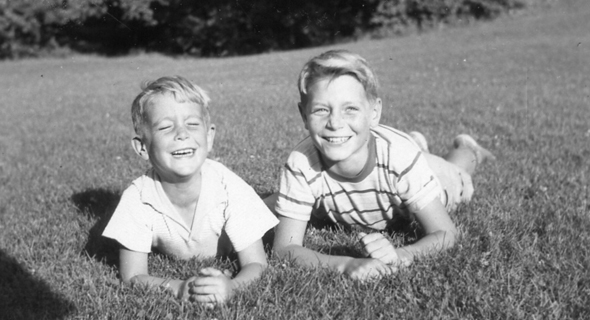 Giora and Itamar Yaron as kids. Photo: Courtesy of the family
And all of this happens the day before Itamar's battalion memorial service on Mount Hermon, your brother who was killed in the battle of Mount Hermon in the Yom Kippur War and after whom the company is named.

"So tell me there is no God in heaven. Even a heathen like me begins to believe there is. Unbelievable. The signatures arrived on September 12. How can it be that a company named Itamar Medical after my brother who was killed in the Yom Kippur War is sold on the eve of Yom Kippur, just as we are about to go up the mountain in his memory and the memory of the fallen from his battalion? How did the dates work out the way they did? Only God can align the stars like this.”

So what is next for you?

"For me, it is more of the same. Today I am involved in 13 companies in which I have invested money, and in two non-profits focusing on Ultra-Orthodox and Bedouin. These days I am securing funds from a small deal, the selling of Apolicy, a company I invested in about a year ago. So I constantly fill the pipeline with new things so there is no dull moment. You do not see me sitting on some boat with a cigar in my mouth and a bottle of whiskey. What else can I do with my life? Discovering new start-ups is the most fascinating thing there is, young people with hunger and will. Sometimes you miss, sometimes you succeed."

How long will you stay in Itamar and in what role?

"The purchase agreement was settled yesterday at 22:00, however, there are conditions, and the funds will be transferred to shareholders when all these legal conditions are met. I assume it will happen around November, and then I will resign as chairman. But like they say in Golani (an IDF infantry brigade), you can leave Golani but Golani does not leave you. I have friends of 15-20 years in the company, we went through some things together, we did some nonsense together, it is not something that passes and you forget. As long as they do not throw me out, I feel a part of it. I will not have authority, my authority as chairman will disappear on the deal’s closing day, but the friendly relationship will remain. No longer a boss, but just a friend. It is not the kind of friendship where you sold the company and now it is over."

Related articles:
And what about the soul? You are going to be at the receiving end of a large sum.

"In the end, it is a little sad for me, even though the buyer is obliged to continue the activity with Itamar’s name. My wife and I would like to start a charity named after Itamar, to help students attend Tel Aviv University. Everyone talks about the new “keyboard warriors,” but there are the Golani soldiers who are out in the field. I remember how hard it was for me when I finished my service to get on track. I started a thought process with Tel Aviv University on how to make it simpler for the fighters to enter the academic track. So no yacht, cigar, or whiskey - but yes Golani."