Saving the planet, one innovation at a time

TAGS:
As Israelis and Jews around the world celebrate the Sukkot holiday, which is commemorated by building outdoor huts and rejoicing over the fall harvest, the atmosphere begets a re-appreciation for the outdoors and food sources. Protecting the planet has become more than just a fringe issue for many. With recent global headlines detailing the damage which is partly human-caused by climate change, many agree that more can be done to better protect the environment and our planet. According to the recent report, The Great Climate Opportunity, released by Space Capital and Silicon Valley Bank, $970 billion in business assets are at risk due to climate changes over the next five years. In 2021, the report estimated that over $50 billion will be invested in climate tech in equity financing. No time is more fitting than now to push those problems to the forefront, and investments in agritech, foodtech, and other sustainable technologies designed to save the planet, protect the environment, and boost food security are booming.

Climate change is having an effect on agricultural production, which could severely decline in the coming years adversely affecting the economy. Photo: Shutterstock
The Smart Agro R&D Partnership is looking to invest exclusively in sustainable Israeli startups and aims to solve those problems with innovative and green solutions. “We’re looking to solve big issues with technology,” said CEO Dganit Vered. Looking at the recent impact of climate change which has generated a devastating effect on our planet, and the ability to grow plants on Earth, many issues have arisen. “Soil and land availability are shrinking, and soil depletion remains a major concern,” she said. In soil depletion, there is a sharp decline in soil’s physical, chemical, and biology properties, some of which may entail losses in organic matter, erosion, adverse changes in salinity, acidity or alkalinity, negative effects of toxic chemicals or pollutants, or those caused by flooding. Other alarming issues are carbon dioxide emissions and meat production, which demands high food yields to sustain cows. “Recent drought events, such as in California and other places across the American Midwest have negatively impacted water availability and shrunk crop yields,” she added.

Further south, certain parts of South America experienced drought too, which negatively impacted sugarcane crop yield, driving up prices. Storms such as Hurricane Irma in 2017 severely damaged Floridian orange groves, causing the price of orange juice to skyrocket, requiring federal assistance. “The hurricane tore oranges right off the trees, and made us wonder how we could better protect our food sources against natural disasters.”

Israeli technologies to the rescue

The State of Israel, she explained, is sort of an expert when it comes to coping with the global desertification process, water shortages, and even potential bee extinction. Having to grow sustainable crops in an often arid and parched environment has led several Israeli startups to devise innovative approaches to keeping plants healthy and crop yields abundant. The partnership has invested in three such companies: Arugga AI Farming, BetterSeeds, and SupPlant.

Arugga develops robotic solutions to treat and monitor individual plants in greenhouses. Since its founding in 2017, the company has focused its early product development on robotic pollination to replace manual methods and has recently been deployed to pollinate Australian tomato plants after partnering with the Costa Group.

“In Israel alone there are five companies that deal with robotic pollination, and around the world there are perhaps another five. Not many startups have dealt with this area,” she added.

Some startups are uniquely focused on extracting pollen from plants, processing it, and pollinating plants like Bumblebee AI, which focuses on avocado, almond, and kiwi plants. There’s Beehero, which inserts IoT devices into beehives, constantly monitoring in-hive changes such as whether the hive is attacked by pests, the queen dies, or there is a change in behavior or humidity, and then alerts beekeepers who can immediately respond to crises. Yet another is Beewise Technologies, whose solar-powered imitation beehive, termed BeeHome, is equipped with a robot that takes care of bees in real-time.

“These are all more sophisticated solutions for bees that can protect them from going extinct. This is crucial since they pollinate most of our food sources,” Vered said. 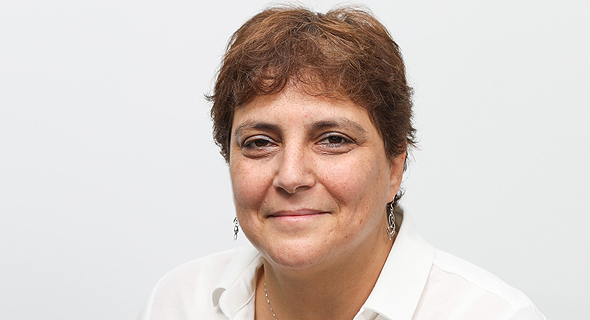 While such produce is marked as genetically-modified in Europe, in North America, Israel, and most of the world it is not and is allowed, she noted. The company edits the plant's genomes, chooses certain traits that allow plants to better survive or are easier to mass produce. In cocoa plants, the method has been used to streamline and boost production. In cannabis plants - which have not been experimented on due to legal regulations - BetterSeed has created more stable strains by developing homozygous seeds so they can better control yields and growing conditions.

“When you grow certain crops, like tomatoes, you want repeatability, meaning no matter how many times you plant a seed you get the same exact plant. BetterSeed wants to use that method to improve cannabis strains,” she said.

The third company, SupPlant, focuses on precision irrigation in the field of precision agriculture, which is centered around specific crop management and uses software and hardware to observe crops, paying individualized attention to subtleties. SupPlant uses sensors that it attaches to the soil, leaves or trunk, and predicts precisely how much water the plant needs after plugging in a five-day weather forecast. “It gives farmers predictions of what exactly those plants need for the next few days, such as when to water, how much, and when to stop watering. It doesn’t simply aim to produce a better crop yield, but wants to be more in tune with plants and optimize their robustness so their produce is of better quality,” she said. 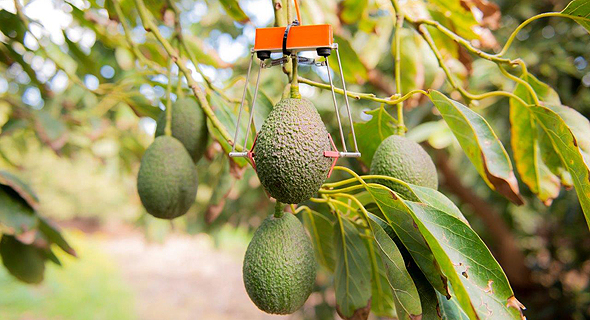 Over the years, the startup has amassed an impressive collection of data from its sensors, and is now able to build an algorithm sans sensors. This attempt is worthwhile in places like Africa and India, where getting the appropriate amount of sensors to cover vast land resources can be time-consuming and costly.

“In business, companies look to solve the big problems and make a substantial income,” she said. “We’d like to make a major impact that will improve the future of our planet, because who knows what will happen down the line. People will pay for these solutions, because of water shortages and other environmental crises - like bee extinction, soil degradation, or poor plant or crop yields,” she said. Moreover, these problems are universal and scientists want to take action now since sustaining food production as conditions worsen could prove more complex. “These things are absolutely necessary for continued life on Earth,” she added.