TAGS:
Israeli startup Verstill’s technology enabling the production of quality spirits within weeks is continuing to gain momentum. The company announced this month a new collaboration with the Israel-based Malka craft brewery, coming on the back of funding of more than $3.2 million. Verstill was established in 2016 with the goal of reinventing the craft spirits industry, by enabling brands around the world to expand their business and respond efficiently and quickly to changing trends by producing premium spirits at a fraction of the time of traditional production methods. The company has developed innovative production technologies which allow precise control over the complete spirits distillation and maturation process, powering the development and launch of premium spirit products at up to 90% lower investment compared to traditional processes. 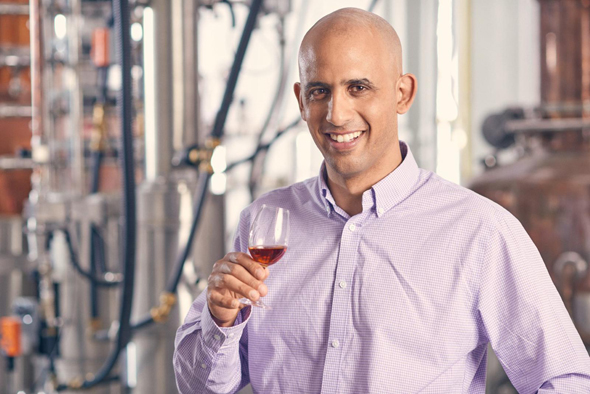 Verstill CEO Matan Edvy. Photo: Verstill
The company built a research, development and production facility in Northern Israel in parallel to pilot operations in the country and is also in the process of establishing production centers in New Jersey and New York.

Verstill was founded by entrepreneurs Matan Edvy, a serial entrepreneur, distiller and winemaker, and Yechiel Ben Zvi, a chemist (Chemistry M.Sc, Weizmann Institute) that moved to Israel from the United States.

The two stated they founded Verstill “since we wanted to take our passion for great flavors and products and make it much more accessible to mass markets. As part of our path in building a distillery, we realized, that there are many brands that produce great raw materials for distillates (beer, wine and others) and that the budgetary and time threshold for entering the world of distillates is too high for them, despite the potential to produce excellent and profitable products. Nowadays, the reaction time, that is - the development of the concept, perfecting the flavor, maturation time, bottling and distribution - make every move of this sort complex, expensive and sometimes not worthwhile.” Over the last few years, the global spirit industry's sales have steadily grown by an average of 1-1.5% a year and in the United States alone, the spirit market is valued at approximately $70 billion a year. During the last few years, consumers are moving to consume local and craft brands, and are seeking new and unique experiences and flavors. The U.S. market for small and local alcohol brands is estimated at $6.1 billion, showing value growth of 27% to 30% annually over the last few years.

Related articles:
"Utilizing our solutions and technology – brands (breweries and wineries, but also non-alcoholic beverage brands as well) are able to increase their customer spectrum while maintaining their quality of brand,” said CEO Matan Edvy. “As a result, brand owners are able to expand quicker, increasing profits by up to 50% annually with what can be considered a low to modest investment, or even no investment, in case we see potential and decide to invest.” The two also stated that "this month we are marking an important milestone – a step up in collaboration with our friends at Malka Brewery. As part of the collaboration, we scaled the production of their very first beer-based spirit, named "Distilled Malka" and launched a second edition, that is already available for order on Malka's website.”
Buzz