TAGS:
Speedata, which develops an Analytics Processing Unit (APU) designed to accelerate big data analytic workloads, exited stealth on Thursday with a $55 million Series A round. The round was led by Walden Catalyst Ventures, 83North, and Koch Disruptive Technologies (KDT), with participation from existing investors Pitango First, Viola Ventures, and prominent individual investors including Eyal Waldman, Co-Founder and former CEO of Mellanox Technologies. Both Waldman and Lip-Bu Tan, Managing Partner of Walden Catalyst Ventures, Chairman, Walden International and CEO, Cadence Design, will join Speedata’s board of directors. This newest funding round brings Speedata’s total amount raised to $70 million, including a previously undisclosed $15 million Seed round led by Viola and Pitango. Speedata is building a dedicated processor for optimizing cloud-based database and analytic workloads, aimed at disrupting the way analytics and databases are processed in datacenters. 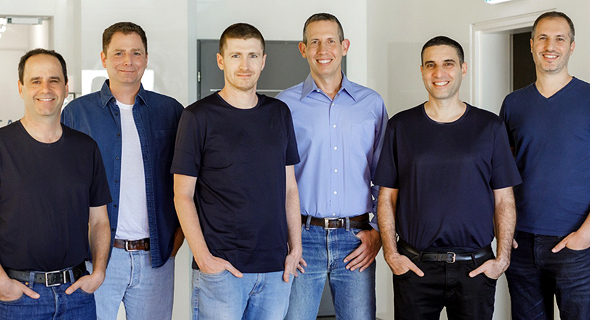 Speedata team. Photo: Omer Hacohen
Speedata was founded by Jonathan Friedmann, Dan Charash, Rafi Shalom, Itai Incze, Yoav Etsion and Dani Voitsechov, a multidisciplinary team of academic and industry leaders with a long track record of building successful semiconductor startups. “Analytics and database processing represents an even bigger workload than AI with regards to dollars spent. That’s why industries are anxiously seeking solutions for accelerating database analytics, which can serve as a huge competitive advantage for cloud providers, enterprises, datacenters, and more,” said Jonathan Friedmann, CEO and Co-Founder of Speedata. “However, current processing units aren’t designed to manage today’s workloads. Our amazing team of academic and industry leaders has built a dedicated accelerator that will change the way datacenter analytics are processed – transforming the way we utilize data for years to come.” According to Speedata, the amount of data expected to be created in the next three years will exceed the amount created in the past 30 years, while revenue from big data analytics is expected to grow to nearly $70 billion by 2025.
Related articles:

Speedata is aiming for its APU to replace multiple racks of CPUs, dramatically reducing costs and saving space.

“Datacenter analytics are being completely transformed, and accelerated processors are set to play a substantial role in this revolution,” said Eyal Waldman, Co-Founder and former CEO of Mellanox Technologies and board member at Speedata. “Much like NVIDIA’s GPU revolutionized the AI space, Speedata’s unique APU will transform database computing. Data processing is a swiftly growing, multi-billion-dollar market in which acceleration will unleash the use of data in the applications of tomorrow and help countless entities reliant on big data innovate and compete. I look forward to supporting this extraordinary team as they reimagine big data processing for years to come.”

“Pitango was an early investor in Provigent, more than a decade ago, and we’re proud to once again back Dan, Jonathan and the team, from the seed round of Speedata," said Eyal Niv, Managing Partner at Pitango First and Seed investor in Speedata.

Gil Goren, partner at 83North, added: "Speedata's technology is a significant leap in the world of data analytics, and it will enable a competitive advantage to any company that adopts their solution."