“Once you play for the major leagues and compare apples with apples, it’s hard to go back,” writes Sivan Geva, Communications Lead at Intuit Israel

Israel is the land of startups, as well as scale-ups. It's also home to over 300 R&D centers belonging to globe-straddling multinationals – not to mention the dozens of Israeli companies, unicorns and otherwise, that can be considered multinationals in their own right. With top tech talent in demand on all sides, the inevitable question for new graduates and veteran tech alike is: do I sign up with a startup, or pursue a job in the corporate world?

Despite living in a Startup Nation, a recent study carried out by Intuit Israel indicates that 61% of Israeli tech workers believe they are better off working in a large corporation, while only 12% said they would only consider startups for their next (or first) job. 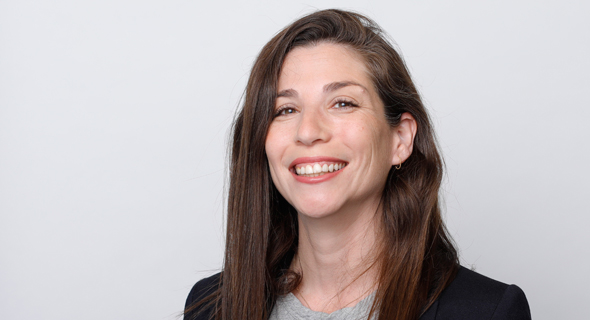 Intuit Israel’s Sivan Geva. Photo: Intuit
As a professional who has seen and experienced what both valid options have to offer, I too have asserted that, for me, corporate is the way to go. Here’s why:

Stock options are one of the draws to work at a startup; they essentially allow employees to share in a company’s success without requiring to spend cash. While stock options have their fair share of success stories, most startup options do not carry real value until there is an exit of some sort – an IPO, a buyout, etc. - which is a less than definite proposition. On the other hand, large, public corporations are likely to offer restricted stock units (RSUs). Simply put, these stocks are granted for free. Therefore, if it's a choice between options and RSUs as part of a compensation package, RSUs are definitely a stronger bet.

Job Titles - What You See Isn’t Necessarily What You Get

While impressive, there generally isn’t much consistency across startups in terms of one’s job title, the work being done, and the same role’s definition. This could be problematic for employees in terms of future job prospects, as they will quickly find themselves having to explain their contribution to the organization (i.e. a director at a startup is often equivalent to a junior manager in a large company). Corporations, however, have to answer to investors and stockholders, meaning they tend to be more conventional in their job titles and hierarchy.

There is Real Value in Company Values

Startups do not always have the time to properly build their organizational culture, meaning their established set of core values rarely go beyond a slogan. Most inherit their general cultures based on their founders’ personal preferences.

Without a Proper Plan, You’re Just Another Person with an Opinion

In the startup world, flexibility and creativity are huge sources of pride. Rest assured, the never-ending race to “take off” oftentimes skims past the important task of thoroughly analyzing the path and outcome. Meanwhile, larger corporations dedicate an immense amount of time to planning, summarizing, and reporting their efforts. Great ideas and vision can easily crumble without meticulous effort dedicated to measuring both failure and success. This affects not only the bottom line but also the productivity and satisfaction of employees, who want to know their time is well-spent and makes an impact.

A false narrative that I once believed was that global corporations are stiflers of creativity and innovation – and that only at startups could one truly innovate. This could not be farther from the truth. There are plenty of innovative multinationals who have adopted the same out-of-the-box creative approach that start-ups are celebrated for. Global corporations, as well as startups, rely on creative thinking and solutions to drive innovation each and every day. Of course, it goes without saying that there are startups with amazing potential. However, at the same time, the startup window of success is not a safe bet - it is a calculated risk. In the Startup Nation and home of over 300 international high-tech-owned development centers, the options are plentiful and the sky is no longer the limit. Every type of company has its own character, terms and perks, and growth path. Still, I must confess - once you play for the major leagues and compare apples with apples, it’s hard to go back. Sivan Geva is Communications Lead at Intuit Israel
Buzz