The rule of law? More like the code of law

We could imagine a world where the law is code, and that code is available to everyone on our smartphones such that we could know how to act legally regardless of the situation before us, writes Dov Greenbaum

TAGS:
This week saw an anomaly in the area of consumer electronics. Two consumer companies released their most advanced cellular phones to date. But, in contrast, to Google’s concurrent release of its cutting-edge Pixel 6 phone, the other device company released a much simpler product that still seemed to capture our attention.

Thus, rather than releasing a gadget overloaded with functionality, Fisher-Price, the children’s toy manufacturer, opened presales for its improved Chatter Telephone. An iconic toy for generations of children over the past six decades, the latest version is geared towards adults, with its Bluetooth connectivity and ability to act as a working handset for smartphones. Supposedly this is part of a ‘kidult’ trend of children’s toys designed for adults. 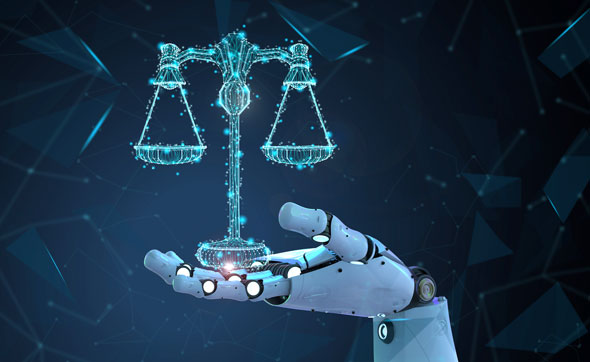 There is an ongoing effort to simplify legal code. Photo: Shutterstock

However, beyond the marketing, kitsch, and nostalgia aspects of the product, the phone represents part of a modest but growing trend at the intersection of law and technology: an effort toward simplification.

One area where simplification is desperately needed is in the area of legal code, regardless of whether the laws are associated with technology or not. Consider, for example, the United States where the Federal Code of Regulations has grown by more than 300% since the1970s, and the wording is demonstrably more complex than Shakespeare.

Consider another example, this time from European law, as detailed succinctly, albeit with hyperbole on Twitter: "Lord's Prayer - 66 words, 10 Commandments - 179 words, Gettysburg address - 286 words, EU regulations on the sale of cabbage - 26,911 words." While clearly an exaggeration, the tweet nevertheless illustrates and perpetuates the conventional wisdom that government regulation is often unnecessarily verbose and complicated. This complication is problematic: it is a significant drag on the general economy.

Further, many organizations unofficially engage in what McKinsey has referred to as an autonomous reduction of bureaucracy. That is, legal-speak for ignoring the rules that I don’t think are important, especially when the rules are difficult or costly to implement.

With all this in mind, as our world becomes more convoluted, confusing, and complex, there is an ongoing effort to simplify legal code, to convert legal rules and regulations into software code that is designed to be interpretable by machines rather than humans. Not only would such code allow machines to implement the law with little to no human input, but it should reduce uncertainty in the applicability of the laws and ultimately reduce the cost of compliance and enforcement for both corporations and individuals.

While these arguments are relevant in general, the need for revision of legal code such that it can be implemented by software is all the more germane to the regulation of emerging technologies. As technology advances, changes, and adapts, the law often fails to do all three. Outdated, immaterial, and convoluted regulations serve often to hinder ground-breaking innovations and technologies. But when law is coded, that code can be written to automatically adapt.

In a simple-minded example, consider an autonomous car that can upload the local driving rules and regulations so that the regional regulatory quirks can be abided by. No longer will you be stuck behind an autonomous vehicle that won’t make a right on a red even after crossing the New York City municipal boundaries. Another example might apply to the tax code, wherein commercial tax software could be easily updated to allow for new policies and procedures as they are approved.

However, this goal of simplification and de-bureaucratization of rules and regulations is not only relevant for large stakeholders in the area of law and technology but even for the regular man on the street. Rules tend to be opaque and interrelated across many different subject areas, forcing regular citizens to rely on attorneys and other professionals to interpret the laws for them. Without these intermediaries, the law, ironically, tends to be inaccessible for those that it aims to oversee. Law as code can be made accessible to anyone via an app; simply input the various conditions of the situation, and out pops the relevant statute as it applies to you right now.

The benefits notwithstanding, the implementation is far from trivial, In thinking about how to implement such a paradigm shift in legislating, we need to consider whether we are content with making the law simply machine-readable – i.e., simply presenting the rules and regulations as is, albeit in a digitized format that can be read by a machine, or rather the more paradigm-shifting machine consumable legislation, wherein the coded rules are redesigned specifically to cater to machines by way of clear language and algorithms.

There are many ongoing efforts in this area, including the George Mason Law School affiliated Quantgov group that employs technology like natural language processing to parse current laws for industry applicability, among other things. There have even been efforts to employ machine readability in famously intricate areas of patent drafting.

Startups in heavily regulated areas, like fintech and biotech, could also benefit greatly. The ability to run a scenario through a machine to assess whether a project or technological implementation is in violation of regulations without the actual need to take your project public through the courts’ systems can be especially valuable for technologists that are developing emerging technologies and might be risk-averse to continue before they know their legal risk and liability.

On the other hand, sometimes the certitude and finality of machine-readable legislation and regulation are undesirable. Often time laws are written intentionally vague to allow for judicial interpretation and flexibility. Even emerging technologies and innovation benefit from vague laws that can be construed to support the implementation of a particular novel technology. Consider Uber’s efforts to circumvent taxi laws and to treat its drivers as contractors. In many jurisdictions, Uber has been able to convince regulators to read the laws to allow it to operate with that understanding, in others, Uber has failed.

Even once governments agree to implement machine interpretable code, there are numerous policy determinations that need to be addressed. For example, should the code be de novo, designed from the bottom up, or should it be a reinterpretation of the current laws and regulations? Governments further have to decide how they will standardize this code, including thinking about what computing language to use and how to consistently implement legal concepts so that they are easily scalable and easily interpreted and consumed by third-party software. While Ralph Waldo Emerson famously said that consistency is the hobgoblin of little minds, here consistency is actually key for the broad usable application.

Regardless of how we decide to implement the transformation of law into code, one could imagine a world where the law is code, and that code is available to everyone on our smartphones such that we could know how to act legally regardless of the situation before us. The ubiquitous nature of smartphones and our continued reliance on them, makes this a feasible reality; just as long as those phones are more complicated than Fisher Price’s Chatter Phone.