“Some 70% of antibiotics worldwide are administered to animals, and affected pathogens may later develop antimicrobial resistance and enter the environment, affecting humans,” says David Javier Iscovich, the CEO of Mileutis, which has developed an antibiotic-alternative for dairy cows and animal health

TAGS:
Antimicrobial resistance (AMR) is quickly becoming a growing health concern. According to estimations by the World Health Organization, up to 10 million people could die each year due to antibiotics developing resistance. The report cited that none of the 43 antibiotics currently in clinical development properly address the problem of drug resistance to some of the world’s most dangerous bacteria. However, Mileutis, an Israeli bio-pharmaceutical startup, is developing a way to solve this worldwide problem. “We realized that AMR isn’t going away anytime soon, and is going to be a major issue in the future,” Mileutis CEO David Javier Iscovich told CTech in an interview. He co-founded the company with his father, Dr. Jose Iscovich, an epidemiologist, based on their joint knowledge and expertise. The two decided to devise a solution that started at the root of the problem: animals. Mileutis has developed a safer method, which has received positive safety evaluations and is in advanced approval stages in Europe via the European Medicines Agency and in North America. The products, termed Imilac and Milac, are two safe naturally-derived alternatives to antimicrobials, taken from existing proteins in cow’s milk, and are administered to dairy cows once a year. 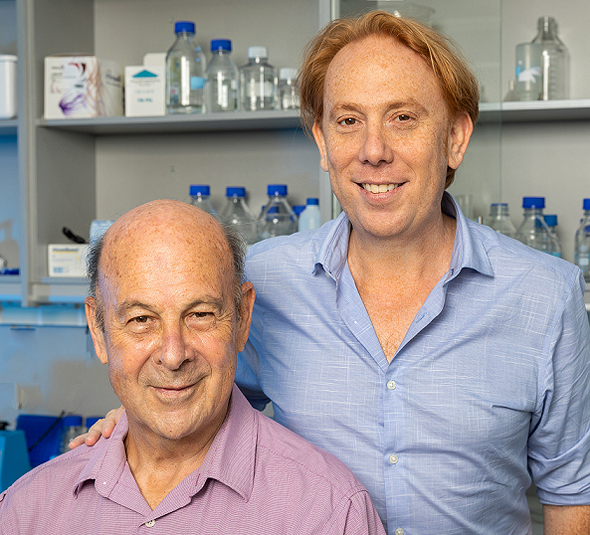 Mileutis is choosing to approach the problem the other way around, by focusing on animal health first. “Some 70% of antimicrobials are administered to animals, and don't just affect them, but also humans and our environment. Pathogens develop AMR, and later harm us. We’re all connected. It’s a larger than life problem,” he said, drawing a parallel to the recent and distressing example of the emergence of Covid-19, which according to U.S. Congressional and WHO investigations stemmed from an outbreak that spread from bats to humans in Wuhan, China. “Similar to Covid, if we give antibiotics to animals, then those pathogens develop resistance and we can get infected too,” he said. “Today, nearly five million people have died of Covid. According to our estimates, twice that amount could die due to AMR,” he said. “So, in order to manage AMR, we first need to treat animals safely.” Mileutis’ product enhances the immune system, and is also more financially sustainable in the long term, since the company’s products are relatively cheap to develop. After treating cows, the company can then work on developing products to treat humans too.

“We can treat simple infections today with antibiotics and save lives, but they’re not going to be treatable in the future,” he said, explaining that if someone gets bitten by a tick and receives a simple over-the-counter antibiotic, in the future those may be no longer effective. Antibiotic overuse is a growing problem. “If we continue using antibiotics in such a widespread manner, the next time someone goes to hospital with a tick bite, they could die,” he said. “Antibiotics play a very important role in modern health, but we need to make sure they stay that way.” 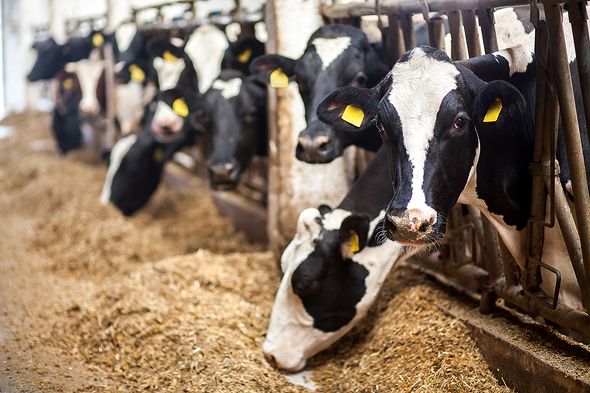 Mileutis' product can be used as an antibiotic alternative to treat dairy cows on farms. Photo: Shutterstock
Bovine health gets a makeover And the story all starts with cows. Antibiotic resistance is a major issue in the dairy industry, since dairy cattle suffer from mastitis - a disease that leaves mammary glands inflamed - and must be treated with antibiotics. Nearly 97% of dairy cattle in industrialized farms worldwide receive antibiotics every year, particularly, at the beginning of the dry off season, 60 days before they bear calves. Farmers halt milking cows, and let them rest until they give birth. Between 30%-40% of dairy cows contract mastitis in some form, and are treated with antibiotics either once or twice, leading 7% to leave herds every year. “Milk treated with antibiotics needs to be dumped, and it’s not an economically feasible solution,” he explained. That’s where Mileutis comes in: its product is effective in stopping infections, reducing up to 90% of the antibiotics currently administered to cows. “Farmers don’t like using antibiotics either. They forget that they can’t milk the cow, and after the cow is milked - even if it’s only a few liters among tens of thousands - all that milk needs to be dumped. It’s wasteful. Sometimes, it gets into milk and could adversely affect humans.” That’s why Bovine health is getting a makeover. Mileutis helps farmers have a flourishing, more profitable dairy business; cows are treated better and yield better higher-quality milk, and consumers get a cleaner carton of milk at the store, so it’s an all-around win, he added. Imilac treats cows at the end of the lactation period before calving, while Milac will be used to treat mastitis during lactation. Mileutis’ solution is a safe product derived from proteins already present in milk and is better for bovine health and human health in the long term, Iscovich noted.

A long time in the making Mileutis is based in Ness Ziona, was founded in 2004, and and in its last round has raised $20 million, following previous investment from over 20 private investors, in Europe, the U.S., and Israel. Recently, the company was invited to present its solution at the 39th Annual J.P. Morgan Healthcare Conference held each year in San Francisco. As for when the company will go public, Iscovich noted: “We’ve created a big solution to a big problem - one that will reach the market very soon,” but did not provide a definite date. Last year, the company received funding from Novaquest Capital Management LLC, a major player in the pharmaceutical industry. Mileutis started off as academic research, and like with many other startups, later pivoted to becoming a commercially-available product. However, some companies - and even higher-accredited institutions - often struggle between finding a balance between science and business. When asked how the industry can propel forward ideas that few understand and have remained in labs for so long, while still staying true to the scientists behind it, Iscovich explained that the two must work together, but there are still many setbacks. “I worked with universities for a long time, and think there are many excellent projects out there, but sometimes the industry wants to take them further without fully comprehending the science behind it. There should be better alignment between how the industry evaluates these projects and how they are developed without negatively affecting scientists. We need to let scientists do their research - even if there’s a gap between the science and what the industry expects. We can build a platform to resolve this gap by generating a better proof of concept (PoC), and encouraging better collaboration, more listening,” Iscovich relayed.
Read More: