After $475 million exit, Ido Susan is going all the way with Drivenets

The co-founder and CEO of Drivenets spoke at Calcalist’s Tech TLV conference about his drive to change industries, and the reason he looks to the east for new markets

Seasoned entrepreneur Ido Susan, co-founder and CEO of Drivenets, sold the company he founded in 2013, Intucell, for $475 million - after raising only $6 million. Susan, who never earned a university degree, founded Intucell when he was 24 and sold it at the age of 26. Five years ago, he decided to set up a new start-up, Drivenets, which develops technology that enables communications infrastructure providers such as Bezeq or AT&T to simplify their network management. He took to the stage at Calcalist’s Tech TLV conference last week for a conversation with reporter Meir Orbach. 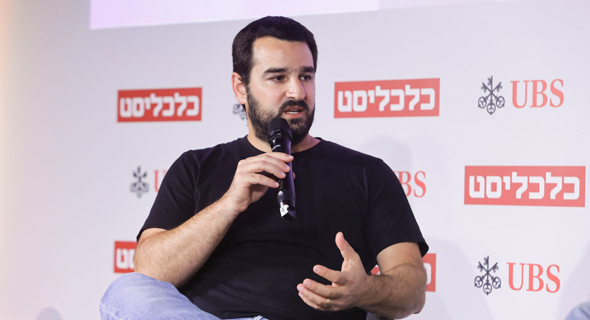 Ido Susan, co-founder and CEO of Drivenets, on stage at Calcalist's Tech TLV Conference. Photo: Orel Cohen
Why did you decide to start a new company? "The main reason is that this is a personal challenge. The project is five years old, and it means to take an idea and change a very large industry. In our case it is the internet industry. We have developed technology that can change the infrastructure for large companies and save them a lot of money." Where does the drive come from? It is an exhausting journey. "Personal challenge, you want to prove that you are capable of doing it one more time. To show that Israel can develop a technology that is revolutionary. Plus, I do not want to retire at the age of 28."

During your first time round, raising money was difficult. Now it is the other way around, money is available but it is hard to hire. How do you see that?

"Hiring was difficult in the past too. Israeli high-tech is the driving engine of the country and every worker who comes to the field helps it. For young people, this is a good opportunity. In every venture of mine, everything starts and ends with the people. A startup is only as good as the people in it. I think that today, every young person, secular, Arab, or ultra-Orthodox, needs to think about entering this field and helping this engine." There are talks about all sorts of ways to enlarge the workforce, like importing workers from abroad, what do you think? "If they give me 150 employees I will take them. We are setting up a couple of R&D centers, in the country’s center and north. The main reason, I think, an employee comes to you is the manager, the second reason is their personal challenge, and the third is the salary. We have the means to give a lot to our employees.” Are you not concerned with the high valuations that are currently taking place in the market? Doesn’t it feel like a frenzy? "We are in a bit of a crazy market. It has been said before, but today everything is more extreme. A billion dollars today is no longer a standout number, and there are more and more companies hitting that mark. In order to set up good and big companies, you need funding. Is this a bubble that will burst? I do not know, I'm just a start-up entrepreneur." Are you thinking of an IPO? "The momentum is very good, we had to recruit new employees and clients. We have customers who pay tens of millions of dollars a year. There have also been inquiries about selling to big companies, but that is less relevant at this stage. The idea is to set up a big company. An IPO is just a means to raise money, plus, when your fundraising round is in the billions, you signal that you are not for sale. Someday an IPO may come."
Related articles:

“My best advice is that while we were taught to look west as entrepreneurs, to the U.S. where the big money is, the recent Abraham Accords opened the market to the east where there is a thirst for technology and innovation, which promotes peace more than any politician could. I suggest looking not only at the American market but also to the east, where there are just as many opportunities."