In recent years, Nigeria has grown a formidable tech ecosystem in Africa focused on innovation to help solve its local challenges

TAGS:
Silicon Valley, Silicon Wadi, and now Yabacon Valley. It might not have the name recognition of tech hubs in San Francisco and Tel Aviv, but Nigeria’s largest city Lagos is home to a thriving tech community that is ready to welcome trade and innovation from regions around the world. “I remember when I returned back to Nigeria in 2013, having grown no less than $100 million in total venture capital at the time… there weren’t many engineers in the ecosystem, there weren’t people who understood tech or wanted to be in the tech industry. It was a very small industry, a few thousand people worked there,” remembered Iyinoluwa Aboyeji, who also goes by ‘E’. “Today, less than a decade later as of this year, you have $1.4 billion coming into the Nigerian tech scene and you have tens of thousands working in the tech scene. It is extremely vibrant with lots of talent, tons of developers, lots of people wanting to come into the space. It’s an amazing transformation.” 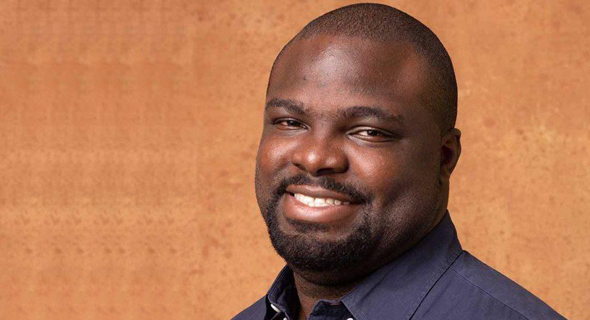 Iyinoluwa ‘E’ Aboyeji. Photo: Iyinoluwa Aboyeji
Aboyeji is responsible for founding two of the first five unicorn companies that have come out of Nigeria in recent years. Starting his career co-founding Andela, Africa's largest engineering organization, he received funding from Meta’s Mark Zuckerberg, Softbank, and Spark Capital. He later served as the CEO of Flutterwave, a Fintech company that helped connect Africa to the global economy. Today, he is the General Partner and Founder of Future Africa, one of the continent’s most active VC funds where he partners with missionary talent to help secure Africa’s future. He is a World Economic Forum Young Global Leader and a Forbes 30 under 30 honoree and has even dabbled in politics. As Nigeria transforms its tech scene, Aboyeji has been one of its most prominent members. “Yaba is a major center for the industry, but it’s grown much bigger than Yaba. I still live in Yaba and I’m still one of the original folks, but it’s grown much larger than Yaba,” he says, referring to one of the busiest markets in Lagos and suburb that helped Yabacon Valley earn its name. In recent years, Lagos has experienced an extraordinary climb in the startup city rankings, making it a noteworthy contender on the world’s stage. According to figures published on Startup Blink, Lagos is the top-ranking city in Western Africa and 122nd overall, overtaking Nairobi as Africa’s biggest startup hub. This number is up almost tenfold, Aboyeji claims, with the city’s ranking hovering near the thousands only five years ago. The climb is a positive one, but Aboyeji understands some of the long-lasting challenges faced in Nigeria, and the actions needed to maintain its growth are not yet set in stone. Speaking with CTech during his first visit to Israel to experience its Startup Nation, he outlined how Nigeria must overcome challenges faced in areas relating to food, education, and innovation. Due to its high birth rate of five million newborns a year, Aboyeji jokes that Nigeria “makes an Israel every two years,” a country he recognizes has also had to overcome its unique position. 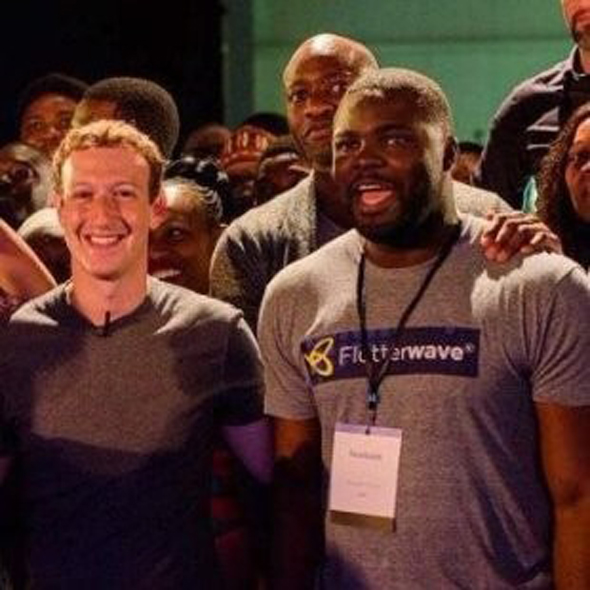 Iyinoluwa ‘E’ Aboyeji with Mark Zuckerberg. Photo: Iyinoluwa Aboyeji
“I think the biggest similarity we share is that we both live in countries that are typically not the first place you would think about when you think about innovation,” he told CTech. “At least before we became known for that. We both live in societies where you’ve got a very high proportion of young people and a nation that is plagued with lots of problems to solve.” Israel has had its problems - and yet has also been praised by its citizens for the mandatory IDF service that trains soldiers in areas of cybersecurity and other areas that can be exported for global customers. Aboyeji is hoping that Nigeria can act in a similar way to Israel and “leverage innovation to solve really hard problems locally.” Education in Nigeria is struggling, with classrooms sometimes getting filled with almost 100 students to meet with teachers who themselves are poorly educated. The fact that the average Nigerian citizen spends 60% of his/her income on food means that locals could easily descend into war as fights for crops and farming intensify due to shortages brought on by climate change.
Related Stories:

“How can we face the challenges in the local ecosystem? My honest belief is that it’s good to require innovation from all over the world,” Aboyeji told CTech. “It’s also going to require talent that has a certain mindset. I think that is what has been most inspiring about the experience here: you get direct access to seeing what it means to have talent with the right mindsets to survive incredible adversity. And you get to get a sense of what determination can do - what is possible with determination. Because oftentimes it is very easy to idolize technology but I think what’s really happened here is the determination of people to build solutions to their biggest problems has enabled a culture of innovation.”

The hope is that Future Africa, with the help of Caleb Zipperstein as its Partner in Israel, can help Nigeria with the mental and technological capabilities to continue to innovate and solve some of the most pressing issues it faces each day. While the city climbs its ranks in the startup lists, Aboyeji and Future Africa urge Israel to look wider than the U.S and Europe and towards the possibilities of doing work with a continent of 1.3 billion people. “The U.S is a great place to do business but at the end of the day, the value of your innovation in the U.S is more incremental. The same technologies in Africa are transformational. It’s just as important for Israeli companies to look there and think about how to collaborate with African entrepreneurs to be able to deliver transformational systems at scale.” During Aboyeji’s two-week visit to Israel, reports from the WHO announced the discovery of the Omicron variant of Covid-19. As countries around the world acted quickly to close their borders, he had no choice but to cut his trip short and return to Nigeria. It might not be the last time relationships between Israel and Africa are cut short due to the ongoing pandemic, but Aboyeji sees a strong commitment to the future between the two nations. “Africans work with a lot of soul, so I think there's a lot of opportunities for us to work together and learn the work ethic and discipline and it will really change people's mind about what’s possible when we work together,” he said, drawing comparisons to the Israeli equivalent of soul commonly referred to as ‘Chutzpah’. Ending his trip sooner than he would like, he remains optimistic. “I’m not going back sad - I’m happy. I wish I could do another week but I’m going back happy and blessed and excited about what is possible once this is all over. We'll see what the future holds,” he concluded.
Buzz