Said Emi Palmor, former D-G of the Israeli Ministry of Justice, during a panel on Calcalist and the Friedrich Naumann Foundation for Freedom’s Values & Innovation Conference

The tensions between liberal values that drive innovation and the social impact it creates, such as whether personal data or privacy is compromised, were among the topics discussed at the “Liberal Values and the Startup Ecosystem” panel as part of the Values & Innovation Conference. Emi Palmor, former Director-General of the Israeli Ministry of Justice and Member of the Facebook Oversight Board, Nimrod Kozlovski, Partner and co-founder of Cytactic and a lecturer at Tel Aviv University on cybersecurity studies, and Prof. Ehud Shapiro, a lecturer of computer science and biology at the Weizmann Institute of Science, spoke about whether technology aligns or follows ethical values or a moral code.

Palmor: “A tech giant like Facebook set out to promote the value of having a community voice, and insisted that its technology is meant to promote and enable that. Tech giants have become corporations that the public has attributed a sense of responsibility similar to state entities, and now have certain obligations to comply with human rights laws in their day-to-day operations.” Kozlovski: “I think the discourse often starts with the question of whether there is something ideological embedded within technology itself. There’s technology encryption, which on the one hand could be said to promote values of liberty, control, and privacy, while on the other hand could promote elements which are hostile, and enables companies to avoid accountability. We know that technology is a tool that’s molded by people. We embed within it our sense of values. We need to start asking which values we seek to promote rather than assume that a specific technology would lead us to them.” Shapiro: “Technology does have values, but not necessarily intentionally. While the internet was intended to manifest the values of democracy, liberty, equality, and the possibility for everyone to freely express themselves, that isn’t what happened. As companies saw more money coming in, they were forced to compromise some of those values. All large tech companies are engaged in spying, manipulation, and gathering user information. It’s difficult for them to defend democracy when they have so much power.” You can watch the full panel in the video above.
Read More:
Buzz 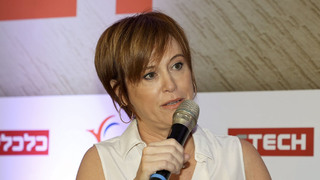 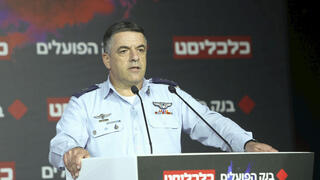