The “COTS-Capsule” within the TauSat-3 is one of the 43 experiments that the next Israeli astronaut will test on his mission to the International Space Station next month, after it successfully docked on Sunday

TAGS:
Tel Aviv University recently launched the TauSat-3 satellite to space, which is designed to test a new technology for protecting space systems from cosmic radiation, after successfully reaching the International Space Station (ISS) on Sunday. TAU launched the nanosatellite on Dec. 21, 2021 aboard a SpaceX Falcon 9 rocket from the Kennedy Space Center in Florida. It was later transferred to the International Space Station via the Cargo Dragon C209 spacecraft, and made contact on Sunday.

The “COTS-Capsule” will be included as part of the series of 43 experiments that second-Israeli astronaut Eytan Stibbe will take part in during his 10-day mission to the ISS in February as part of the “Rakia" (Sky) mission guided by the Ramon Foundation and the Israel Space Agency. In addition to the academic research, the space mission is leveraging and promoting an educational-scientific program in the field of space and radiation. 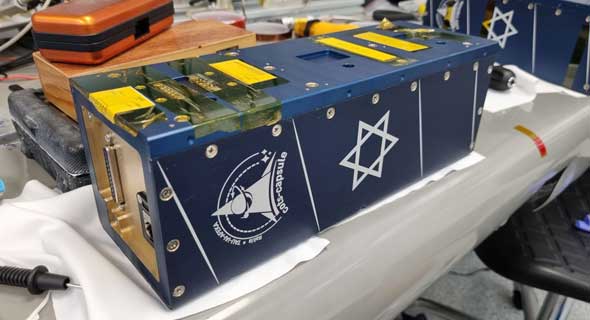 Within the TauSat-3 is the "COTS-Capsule," an innovative space mechanism that can detect and mitigate cosmic-ray induced damage to electronic space systems. The satellite was successfully installed and put into operation aboard the station, and connected via the ISS datalink network and has communicated with ground stations. The nanosatellite, which is approximately the size of a shoebox, was designed and built by the university’s team of experts. It will examine the performance of novel radiation detection and active protective mechanisms to guard electronics from cosmic radiation induced hazardous phenomena. It will enable the use of modern commercial electronic systems in space, by incorporating them into the protected environment inside the capsule, and operating them in that specific environment. TAU relayed that its technological implications have significant economic impact. 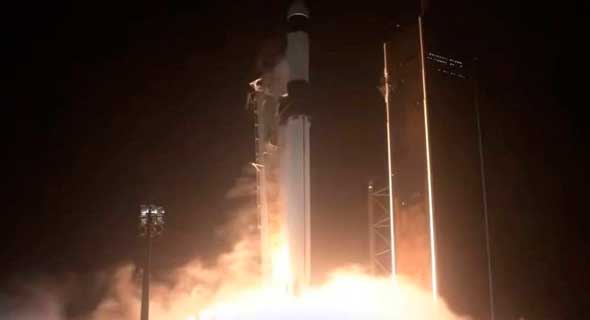 The TauSat-3 launches onboard a SpaceX Falcon 9 rocket from Florida on Dec. 21. Photo: NASA

“Currently, electronic equipment sent to space must be specifically modified to prevent cosmic radiation induced effects. The protection provided by the COTS-Capsule will enable the use of commercial off-the-shelf components in space, thus opening the door to the use of advanced electronic components, while significantly shortening both development times and reducing the costs of space products,” said Simhony.