Tnuva doubles down on protein substitutes ahead of IPO

TAGS:
Israeli food powerhouse Tnuva has signed an agreement with stem cell company Pluristem to set up a joint venture to produce cultured protein-based products. The joint company is expected to manufacture cultured meat products as early as next year, after developing a suitable technological platform, with options to expand to cultured milk and fish meat. Chairman of Tnuva Haim Gavrieli told Calcalist that the deal will help boost the IPO of the largest food manufacturer in Israel. Tnuva and Pluristem's joint company will initially develop a line of cultured meat products. According to the agreement, Tnuva will invest $7.5 million in the joint company, based on a pre-money valuation of $40 million, with an option to invest a further $7.5 million. Pluristem will provide the technological aspects for raising cultured cells, while Tnuva will provide the research and development for the final products and later the distribution and marketing in Israel and abroad. It is estimated that the initial cultured meat product could launch by 2023. 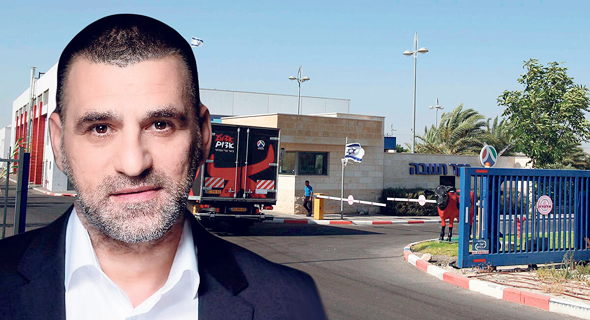 Tnuva chairman Haim Gavrieli. Photo: Rami Zerenger, Eran Yoffi Cohen
This step is nothing short of a change in Tnuva's DNA, with the company’s core market for decades being dependent on agricultural produce including dairy, meat, poultry and fish. Only over the last few years has Tnuva begun making adjustments to accommodate current consumption trends. Moreover, regulatory revisions such as opening the market to meat and dairy imports have threatened the company's control in the market and required it to reevaluate its focus. Tnuva identified the potential of the protein substitute market early on, and already invested millions of shekels in the development of dairy substitutes in 2017 under the brand name "Alternative". "Moving forward we looked into companies in the field of protein substitutes and decided to invest in Remilk," Gavrieli said. "Simultaneously, we built a foodtech incubator in the country's north, which also explores protein substitutes, all with an intention of becoming a food substitute manufacturer, not only in Israel but also abroad.”

Tnuva participated in Remilk’s second funding round last week. The cultured milk company raised $120 million, according to a pre-money valuation of $325 million – 10 times its worth a year ago. Remilk developed a method to produce milk proteins identical to animal sourced milk, using microbial fermentation technology, preserving the taste, texture and nutritional values of dairy products.

Related articles:
As reported by Calcalist, Tnuva is preparing to go public this summer at an estimated value of NIS 8-10 billion. The company hired the Meitar law firm to prepare the prospectus, based on 2021 financial data. "We received good indications from foreign banks about interest in overseas markets to issue Tnuva shares when going public,” said Gavrieli.

Pluristem is a bio-tech company focusing on cell healing, developing cell-based medicine based on a unique patented technology for cell cultivating in a 3D environment. Its joint venture with Tnuva will build on Pluristem's technology and adjust it to the cultured food field. The technology could support development and production of a variety of cultured foods including beef, poultry, fish and dairy.