TAGS:
Impala has announced that it has completed a $1.05 million pre-Seed round to help develop its Impact Intelligence product, a BI-like platform tailored to the grantmakers and fundraisers in the nonprofit sector. The modest round was led by Zack Rinat, Founder and former Chairman and CEO of Model N and includes the participation of prominent investors such as Oren Ze’ev, Founder and General Partner of Zeev Ventures, Venture Capital firm Koa Labs, Amnon Landan, co-founder and former Chairman and CEO of Mercury Interactive, and Adam Berman, former Executive Director at the Haas School of Business.

“What we find a lot of the time with the nonprofit sector is that they often get the hand-me-downs of the private sector,” explained Simon Dickson, COO of Impala. “So they get a BI platform that was developed for the needs of the for-profit sector, and then it’s altered or adapted for the nonprofit sector but in a way that really isn’t fit for purpose.” Dickson, together with CEO Shahar Brukner and CTO Tom Huberman, have deployed Impala's new platform with multiple early-access customers. 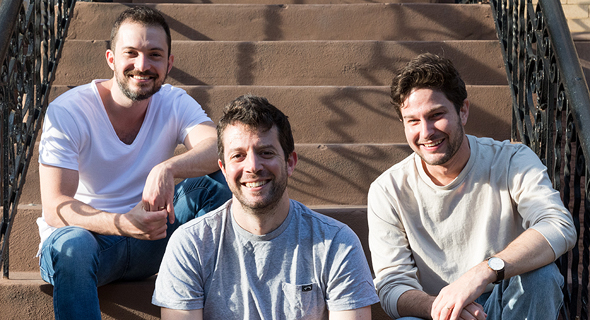 Impala’s Impact Intelligence collects and cleans data about nonprofits, the people involved, and the financial information. Users can then analyze any nonprofit ecosystem anywhere in the U.S by searching for specific traits such as geographies, causes, LGBT/BIPOC-owned, or funders. The hope is that Impala can then deliver relevant insights, statistical trends, and relationships so users can make informed and impactful decisions.

“We want to empower every philanthropic foundation and nonprofit, no matter their size or resources, to operate like the Gates Foundation - but at a fraction of the cost,” said Brukner in a statement. Speaking to CTech later, he elaborated: “Think about it as a combination between Crunchbase and LinkedIn for the nonprofit sector, not in the sense that you go to find employment but in the sense that every nonprofit has its own profile… It solves a lot of the problems that this sector suffers from.”

According to Brukner and Dickson, traditional BI tools are incapable of being adequately adapted for use in the nonprofit sector. As entrepreneurs from Silicon Valley or Startup Nation graduate from companies to philanthropic foundations, the duo claims that techies have been surprised by the lack of data available to sectors that aren’t from the tech bubbles usually supported by millions of dollars of VC funds.

“My transition from the business world into the philanthropic world gave me a firsthand realization of the need to develop a digital infrastructure to provide nonprofit organizations with the same tools we take for granted in business,” said Lead investor Zack Rinat, who now serves as CEO of the DARE Foundation. “Impala had a unique opportunity to do both well by addressing a large market opportunity.” Currently, there are 1.5 million nonprofits and more than 100,000 philanthropic foundations with 12 million people working in the sector. According to Impala, $471 billion dollars are donated in the U.S each year, not including government support which is roughly an additional $800 billion. “It’s a trillion-dollar market per year,” Brukner said. “It’s clear there has to be disruption there.” Impala has already scoped publicly-available information to build its BI tool and has information on 17,000 nonprofits and foundations. Out of those, 300 have ‘claimed’ a profile and have access to the platform so they can tweak and update their records. The tool will operate a freemium model whereby the search engine and profiles will be available for free while foundations and nonprofits will pay a subscription fee to help with the onboarding process and maintenance.

“Impala’s mission is to build the digital infrastructure so that we enable nonprofits to maximize their impact,” Dickson concluded. “We really see ourselves as a digital infrastructure platform. I think when you have everyone together in one place with really good information, what that enables you to do is to then take the next leap and remove some of the friction in terms of donations and making sure that you not only make an intelligent decision about where you want to give your money, but you can do it super easily.” 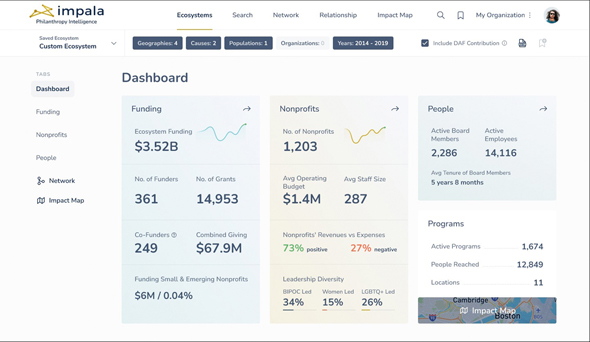