In 2017 for the first time peers were perceived as credible as technical experts. The internet has lowered the barrier to entry. We might benefit from raising it back up

TAGS:
In August 2011 I decided to try Airbnb for the first time. I had to travel to pitch my company to a potential investor, on a shoestring budget. I found myself in a hot basement apartment with a broken toilet and a noisy air conditioner.
More on this subject:

This is what you get for choosing an apartment with no reviews. When I explained my situation to the owner, she had everything fixed that same day. She did not want a bad first review. To maintain a trustworthy reputation, she hustled to make amends.

Trust, according to the authors of The 2017 Edelman Trust Barometer, “is in crisis around the world.” 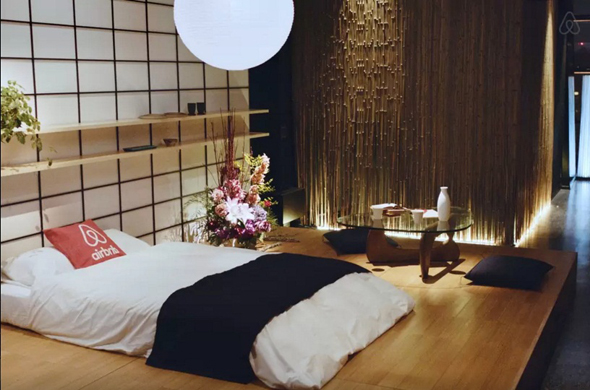 A Tokyo apartment offered on Airbnb
In 2017 for the first time peers were perceived as credible as technical experts, the report by the New-York based public relations firm says. With regards to Brexit, people distrust the European Union. With regards to Uber, people distrust corporate culture. With regards to President Trump’s twitter feed, people distrust traditional media outlets. The internet—specifically social media—has thrown information at everyone’s fingertips. Now everyone can share and create content. When institutions like governments and companies fall short, the whole world reacts. We’ve created a new social currency to denote value: likes, shares, retweets, and reviews. By using this feedback mechanism, we can keep institutions accountable and rebuild trust. But is this feedback mechanism effective? Who holds the public accountable? Is there anything stopping people from writing and sharing fake news or fake reviews? The internet has lowered the barrier to entry. We might benefit from raising it back up. Since we run a site with product reviews contributed by business professionals such considerations are a top priority for us. Like Airbnb and LinkedIn, we use a three-step process involving automated verification, human oversight and community policing to vet reviews. It's not an easy problem. As peer reviews gain influence, it's not going to get easier. Making the review process more democratic is not equivalent to making it unbiased. This is still a work in process. By raising consciousness to the problem we may even help to solve this problem. It makes perfect sense to engage as many people as possible in making peer reviews work even better. This article was previously published on Medium.

Russel Rothstein is the founder and CEO of enterprise technology reviews website IT Central Station. Mr. Rothstein was the co-founder and CEO of database optimization company Zettapoint, bought in 2006 by EMC, and a product marketing vice president at Nolio, acquired by CA Technologies in 2013