The Softbank Group Corporation and its Vision fund will invest $4.4 billion in co-working company WeWork, the companies announced Thursday.

Headquartered in Tokyo, Softbank is a global telecom and internet corporation founded by CEO Masayoshi Son.

In October 2016, Mr. Son announced the established of a global technological investment fund, called the Vision fund, in partnership with the Public Investment Fund of Saudi Arabia. Mr. Son said at the time "over the next decade, the SoftBank Vision Fund will be the biggest investor in the technology sector". 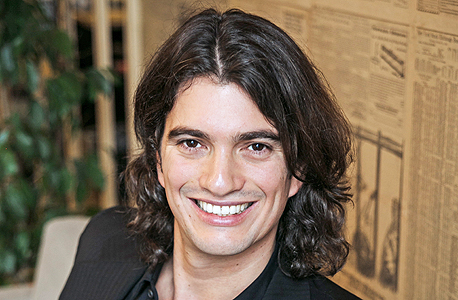 In May 2017, the fund closed its first round with a record-breaking $93 billion in committed capital, $15 billion provided by Mubadala Investment Co., Abu Dhabi's strategic investment fund.

The fund, with its frequent and large investments—among them $1.5 billion in Indian eCommerce company Flipkart—is engendering worry about valuations being driven up further in a market already concerned with increasing competition for assets and record levels of cash reserves.

Its investment in WeWork is the fund's biggest yet.

Co-founded by Israeli-born Adam Neumann in 2010, WeWork is a private New York-based shared workspace company. It was valued at $20 billion in its latest funding round.

The company's growth was rapid in recent years. Starting from just two workspaces and a thousand employees in its first year, it currently employs around 15 thousand people in 155 offices around the world.

Now WeWork is looking towards Asia.

Of the money Softbank invested, $1.4 billion will be go into WeWork's three newly created subsidiaries, WeWork China, WeWork Japan and WeWork Pacific, which focuses on Southeast Asia and Korea.

The remaining $3 billion will go towards acquiring new and existing WeWork shares, enabling existing shareholders to cash-out should they want it.

Ronald D. Fisher and Mark Schwartz from SoftBank Group Corp. will join WeWork’s Board of Directors.