The medical device maker will invest $40 million in Mazor Robotics, bringing its total investment in the company to $72 million

Headquartered in Dublin, Ireland, Medtronic is one of the world’s biggest medical device manufacturers. The heart pacemaker manufacturer operates in around 160 countries and has 88 thousand employees, according to the company’s website. 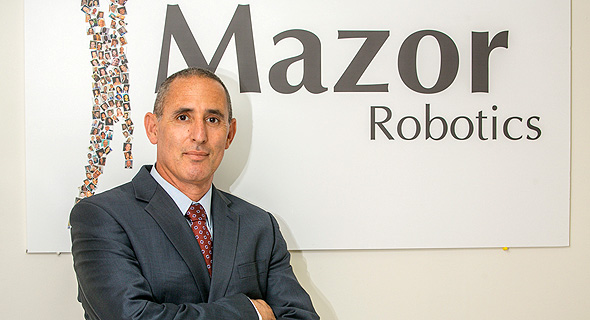 Nasdaq-listed Mazor is a manufacturer of robotic guidance systems for brain and spine surgery. Headquartered in the Israeli coastal town of Caesarea, halfway between Tel Aviv and Haifa, the company reported annual revenue of $36 million for 2016, compared to $26 million in 2015.

Under the terms of the deal, Medtronic can increase its investment in the robotics company to $125 million.

The companies stated their intention to co-develop future products for the spinal surgery market, with the first results expected to be demonstrated this fall.

The 2016 announcement of the partnership with Medtronic sent Mazor’s stock price up 300%. The Israeli Securities Authority is currently conducting a probe in Mazor concerning allegations of insider trading related to the 2016 announcement.
Cancel Send
To all comments